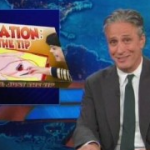 From Mediaite: Jon Stewart returned to The Daily Show last night. Mediaite reports, “Despite hoping for better news to cover on his first day back, Jon Stewart tackled the impending military strikes in Syria on Tuesday night. He wrung some humor out of the grim and foreboding situation, mocking the idea of a ‘red line’ on chemical weapons and the cable news ‘idiot parade’ lining up behind potential strikes. Stewart reminded viewers of of all the previous times U.S. presidents have made the case for war based on use of chemical weapons, and noted the arbitrariness of taking action after chemical weapons have been used and not after thousands and thousands of Syrians.” Read more and watch video here. 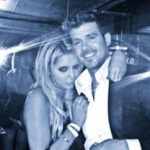 From Gossip Cop: These are some blurred lines. Writes Gossip Cop, “Robin Thicke was seen groping a woman’s butt at a post-VMAs bash at 1Oak in New York on August 25, and now the woman is claiming the singer cheated on wife Paula Patton with her. According to In Touch, Thicke took 20-year-old Lana Scolaro ‘to a private after-party at the Greenwich Hotel, where he kissed and groped her until she left at 8 a.m.’ even though Patton was ‘there the whole time!’ Scolaro tells the tabloid, ‘We hooked up. Things got a bit out of control.’ She alleges that in a hallway at the hotel bash, Thicke ‘started making out with me,’ and further claims, ‘He was grabbing me and putting his band on my bum.’ ‘It was so risky. I was like, ‘Whoa, you have a wife! What are you doing?’’  Scolaro tells the magazine, adding that Thicke supposedly ‘said he and his wife are very chill.’ Whoa indeed — as in whoa, this story is so clearly FALSE.” Read the whole story here. 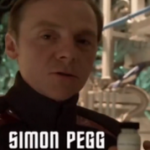 From Geekosystem: Will Star Trek Into Darkness be The World’s End? Geekosystem explains, “Are you protecting yourself against the harmful ionic effects of lasers? For that you need neutron cream, a totally made-up thing that Simon Pegg convinced the rest of the Star Trek Into Darkness cast they all needed to wear. He’s been telling the story on talk shows for months, but we’ve finally got video of the prank in action — and it is glorious. The prank apparently began when Pegg tricked Chris Pine into thinking that he should be wearing neutron cream and from there the story took on a life of its own, to the point where even the makeup crew were getting involved. As you can see from the video, which was taken from the behind the scenes DVD extras, they were even creating actual jars of cream to pass around and telling people they had to wave their fingers around to ‘release the ions’ from their body.” See that video here. 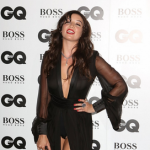 From Styleite:  A party for guys had its show stolen by girls when it came to fashion… Styleite reports, “GQ’s Men of the Year Awards might originally have been intended to celebrate dudes, but last night’s event was a veritable lady takeover. We don’t think the guys would have been overly pissed by the boy/girl ratio, however – particularly as the latter category included Daisy Lowe, a non-accidental wardrobe malfunction and some side boob thrown in for good measure. Whether or not her underwear is actually part of the dress we’re not sure, but we’re certain she didn’t miss a waxing appointment. Other attendees included Alexa Chung in metallic, ruffled Carven, Emma Watson in a voluminously sleeved crop top, Jourdan Dunn with the most daring cleavage we’ve seen since  yesterday and Rosie Huntington-Whiteley in a form-fitting dress that looks suspiciously like pleather.” See photos from the event here. 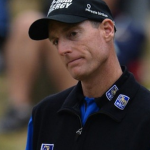 From SportsGrid: Do you play fantasy golf? Then SportsGrid and RotoExperts have advice for you: “Sweden’s Henrik Stenson had been coming so very close to victory, but was just falling one or two strokes short. He finally broke through at the Deutsche Bank Championship at TPC Boston last weekend in a tournament chock full of low scores. Stenson shot 66 over his final two rounds, and ended up 22-under par. He also took over the top spot in the FedEx Cup standings, sending Tiger Woods to No. 2. Steve Stricker, who punched his ticket to the Presidents Cup last weekend, managed to finish 20-under par, and did not shoot worse than 68 in the entire event.” Read on here. 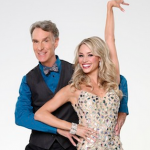 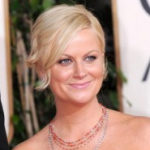 From The Jane Dough: Exciting news about a funny lady! Writes The Jane Dough’s Colette McIntyre, “I’ve have found the news that Rashida Jones and Rob Lowe are leaving Parks and Recreation incredibly hard to swallow, and that’s not just because my glands have swollen to the size of a POG slammer. (#SummerSickness #ThisIsWhyICantHangOutWithAnyOfMyFriendsWhoAreDoingTeachForAmerica  #TheirStudentsAreTooStickyAndSniffleyAndSmallAndLikelyToCarryDiseases) While Jones’ and Lowe’s impending departures have sullied my excitement for Parks’ sixth season, there is some good news to be shared: the wacky people of Pawnee are set to celebrate their 100th episode! Amy Poehler and Parks co-creator and showrunner Mike Schur will mark this major milestone by co-writing the special episode together. ‘We didn’t want to be super meta about it,’ Schur told TV Line. ‘We just wanted it to feel like all of our characters had reached a milestone in their lives, so that was the idea of the story going in. It’s a really good story with a lot of juicy stuff in it.’” Poehler has previously written three episodes for the series but this will be the first that she and Schur work on together.” Read on here. 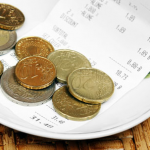 From The Braiser: Is the restaurant industry against tipping? The Braiser explains, “Anti-tip advocates have now received the blessing of a powerful, if faceless(ish), ally: Pete Wells wrote a long article in the New York Timesarguing against what he believes is an antiquated practice, and cited well-known chefs who share his feelings. ‘It is irrational, outdated, ineffective, confusing, prone to abuse and sometimes discriminatory,’ he wrote. ‘The people who take care of us in restaurants deserve a better system, and so do we.’ Though he could have turned the article into one of those screeds where he rails against The System, Wells discovered that plenty of chefs — including Tom Colicchio, David Chang, and Daniel Paterson – agreed with him, though they conflicted over how to 1) make up the wages lost through tipping, and 2) how to do so without breaking any tipping laws.” Read the story here.