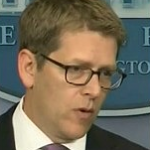 From Mediaite: With the government shutdown deadline looming tonight, Jay Carney is responding to the media’s questions: reports Mediaite, “During Monday’s briefing with reporters in the White House, Press Secretary Jay Carney was peppered with questions about what President Barack Obama’s response to a government shutdown would be. CNN’s Jim Acosta noted a number of recent incidents in which the White House has employed heightened rhetoric to attack Republicans. Acosta asked if the White House was ‘trying to taunt’ the GOP into shutting down the government. ‘In the last couple of weeks, Democrats including the president have — and he has not used all these words but I’ll throw out some of them — have referred to Republicans as arsonists, anarchists, extortionists, black mailers,’ Acosta began.” Read more of what he had to say here. 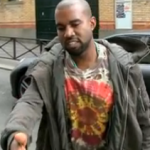 From Gossip Cop: Kanye West seemed to have a breakthrough moment in France: writes Gossip Cop, “Kanye West doesn’t hate all paparazzi. While in France over the weekend for Paris Fashion Week, the rapper praised photographers for showing him consideration as they snapped his picture.  ‘I like how you guys, like, move out here. You’ve got like total respect for yourselves, have respect for the people that you’re photographing,’ West told the gathered group. He even asked to shake one pap’s hand, noting, ‘I understand that you have to make a living.’ The exchange, which also included the Grammy winner humbly introducing himself to a passerby who wanted to know who he was, marked a big departure for West after several recent run-ins with paparazzi in the U.S.” Read on and see video here. 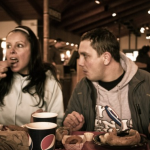 From Geekosystem: What if there was a way to turn off your hunger? Geekosystem investigates, “If you’re interested in losing weight, and aren’t afraid of having your brain controlled by a laser beam through your eyeballs, then science has the perfect solution for you! In a recent study (using mice only, at this point), scientists think they’ve discovered the part of the brain that allows for overeating – and how to turn it off. Given that over one-third of American adults are obese, neuroscientists have been attempting to discover which part of the brain makes us so prone to eating, say, a whole tub of delicious chocolately hazelnut spread, instead of just half (not that I’ve ever done that, you guys). So these scientists did what scientists usually do, and messed with some mice to find the answers.” Read about the results here. 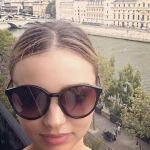 From Styleite: Miranda Kerr may have had the best weekend ever. Reports Styleite, “We thought our weekends were pretty awesome up until this morning, but serial life-trumper Miranda Kerr has outdone us again. On Saturday the Australian supermodel and rooftop yogi landed in Paris for what looked like a weekend of checking out some shows, Instagramming some flowers and taking selfies against hazy Parisian skies, which are all things that would give a girl plenty of reason to jump for joy. But yesterday it was revealed that Kerr would also be making a return to the runway for Stella McCartney.” See her whirlwind weekend, which “progressed from Instagramming flowers to hanging backstage with Cara Delevingne and posing topless with a banana” here. 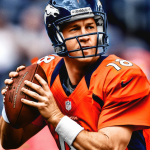 From SportsGrid: The Denver Broncos are having a history-making record-breaking season of all sorts. Writes SportsGrid, “The Denver Broncos, the clear-cut best team in the NFL so far, are hosting the Jacksonville Jaguars, the clear-cut worst team in the NFL so far, two Sundays from now, in Week 6 ‘action.’ You’d probably guess the Broncos are favored by 1,300 points. You’re wrong! They’re ‘only’ 27-point favorites. That could change, since this is an early line, but it’s hard to see it going down much. And, no, I’m not betting on the Jaguars. This is tied for the largest recorded spread in NFL history, and it’s probably somewhat similar to what the point spread would be if Alabama played Jacksonville on a neutral field. (The Broncos would be favored by a lot more than 27, at home, over the Crimson Tide.) I doubt it will climb higher than 27.5, but, hey, we’ll see how the market reacts. What are the odds of Jacksonville winning? Using this chart and speculating a bit, we can guess that the Broncos moneyline will imply something like a more-than-96% chance of victory for Denver. In an NFL game. So, yeah, pick Denver in your survivor pools.” Read the story here. 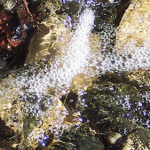 From The Mary Sue: An obituary for an awesome woman in science today from The Mary Sue: “Last week the Academy of Natural Sciences of Drexel University announced that Doctor Ruth Patrick, a scientist long associated with their program, died, after a career that laid the groundwork for the study of pollution’s effects on freshwater ecosystems. Colleagues at Harvard and Yale have referred to her as “a pioneer environmental activist,” who “was worried about and addressing water pollution before the rest of us even thought of focusing on it.” Dr. Patrick earned her Ph.D. in 1934, no easy feat for a woman at the time. In 1937 she was able to secure the unpaid position of assistant curator of microscopy at the AoNS at Drexel. It would take eight years before she’d be given a salary, two years later she would establish a new department, and a year after that she would successfully prove that studying the population of microscopic diatoms in a body of water could be used to measure its how polluted it was and by what, creating a system of measurement now used worldwide.” Read more about her here. 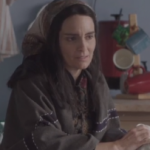 From The Jane Dough: All girls are talking about the Girls spoof that aired on the SNL season premiere this weekend. SNL writers, I have to give you credit: considering that the 39th season is one of the most transitional in SNL history, Saturday night’s premiere was pretty gosh darn good. I have very few complaints; in fact, I really just have a question: did you spend your break watching all twenty episodes of Girls? HasGirls been clogging up the Studio 8H DVR since the show’s April 2012 premiere? Or were you just waiting for the return of Tina Fey as Queen of Queens and Lord of Lorne Michaels, just as the prophecies foretold? In short, why did you wait so long to release your pitch-perfect Girls parody?! Maybe waiting for Tina Fey was the right decision: while Noël Wells (Hannah), Cecily Strong (Marnie), and Kate McKinnon (Jenna) were all superb and Vanessa Bayer’s Shoshanna was a revelation, at the end of the day the sketch was Tina Fey’s playground.” Read on and watch it here. 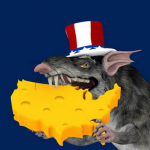 From The Braiser: And back to that potential government shutdown… what does it mean for your food? The Braiser answers, “Thanks to the Constitution placing Congress in control of the federal budget, this means that the government can’t spend money on things that makes a government run — including websites that will tell you exactly what government food services will and will not be available. (True story: the United States Department of Agriculture might not even have a website in a week.) Did you already buy your water purificatin systems and six months’ worth of canned foods? No? Oh dear. In that case, here’s a quick rundown of how the current shutdown will affect the things you put in your mouth, by the agency responsible for their safety and production.” Read the full list here.