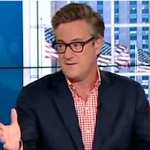 From Mediaite: For almost a day, Senator Ted Cruz filibustered the Senate. Today, MSNBC’s Joe Scarborough had some less-than-kind words about it: writes Mediaite, “Morning Joe host Joe Scarborough mocked Ted Cruz’s’“pretend filibuster,’ which began Tuesday night and continued into Wednesday morning, arguing that it would yield no legislative results, and wasn’t even impressive as an example of political opportunism. ‘If you don’t stand with him on this pretend filibuster,’ Scarborough began, ‘which by the way, most Republicans don’t, because if most Republicans did, this wouldn’t be a phony filibuster… everybody has said these Republicans are right wing nuts, and now suddenly they are Neville Chamberlain, according to Ted Cruz. It is really just so preposterous! It’s just a game.'” Read more of what he said here. 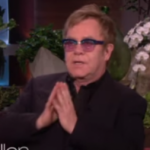 From Gossip Cop: Now even Elton John is weighing in on Miley Cyrus. Reports Gossip Cop, “Elton John defends Miley Cyrus’ VMAs performance, and reveals he has the hots forLiam Hemsworth, during his Wednesday appearance on ‘The Ellen DeGeneres Show.’ Though he was previously quoted as saying the starlet is a “meltdown waiting to happen,” he now tells the talk show host “she flatted the opposition” with her outlandish performance. ‘Nobody talked about anyone else,’ says John. ‘It’s a controversial performance that got everyone talking, and that’s what it’s supposed to do.’ When DeGeneres says Cyrus is ‘going through a little bit of a period,’ John agrees and then quips, ‘I’ll take her old boyfriend, though!’ ‘He’s gorgeous,’ the music legend says of Hemsworth.” Watch his appearance on her show here. 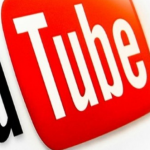 From Geekosystem: Tired of your vlogs being taken off YouTube for music copyright infringement? There’s a new solution today, writes Geekosystem: “Your tutorial of how to knit the perfect Doctor Who scarf is finally done. You’ve uploaded it to Youtube and now all that’s left to do is rake in the — wait, why did you use Katy Perry’s ‘E.T.’ in the background? It’s already been taken down without anybody seeing it. Youtube wants that to stop happening to you. Here’s their solution. Today Youtube announced a new Audio library that allows you to select and download royalty-free music that won’t get your video taken down for copyright restrictions. The tracks are organized by mood, genre, length, and even which instruments are featured, making it easier to sift through and find exactly what you want to be playing behind your latest vlog.” Read on here. 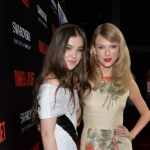 From Styleite: Hailee Steinfeld bested Taylor Swift when it came to fashion last night. Reports Styleite, “If there were one thing we’d try to avoid at all costs, it would be standing next to one Hailee Steinfeld clad in Prabal Gurung Spring 2014. Sorry, Taylor Swift. Last night’s Romeo and Juliet premiere was one of our first brushes with the evening gowns since they made our hearts sing during New York Fashion Week , and as we suspected it was tortuously envy-inducing. From the it’s silhouette-du-jour off-the-shoulder cut, to it’s Swarovski crystal embellishment and organza embroidered panels, it was exquisite without being too mature for the 16-year-old actress. Swift’s ladylike Reem Acra cocktail dress was sweet, but it couldn’t have possibly held a candle to Steinfeld’s modern Marilyn Monroe confection.” See a picture of the two here. 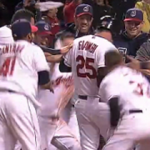 From SportsGrid: The American League Wild Card race is alive and well, thanks to a ninth-inning win by the Cleveland Indians last night after Jason Giambi’s walk-off home run. Writes SportsGrid’s Eric Goldschein: “I wanted to make a joke about how Jason Giambi is still alive and still hitting pinch-hit walk-off homers, but it turns out I already did that back in July. For the second time this season against the White Sox, Jason Giambi came off the bench and played hero, smashing a game-winner over the right field fence. The home run was cool and all, but the real winner is manager Terry Francona, who said after the game: ‘I think I have a man crush on ‘G,’’ Francona said. ‘That was pretty awesome. Boy, did he hit that ball. Wow!’ That’s so cute. The win keeps Cleveland in the thick of the Wild Card race, while Giambi’s former team, the Yankees, fell to the Rays in distressing fashion, 7-0.” See video of the walk-off here. 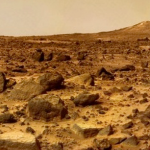 From The Mary Sue: Space cowboys are back. Explains The Mary Sue, “The CW may just rise to the occasion with this new series about a human settlement on Mars. From Deadline: ‘Red is described as a neo-Western drama about the first human settlement on Mars and life on this new frontier, centering on the relationships between the town’s female sheriff, a doctor and a criminal.’ With hope of a Firefly return fading into the void, I can’t help but be at least tentatively psyched about this. I need my rough-and-tumble space misfits. Plus, female sheriff. You’ve got to admit that a badass lady with a badge (in space!) sounds awesome. In any case, with NASA’s Mars rovers and increased talk of a manned mission to Mars, the Red Planet holds a special fascination for a lot of us, and it looks like Red will feed into that interest.” Read the story here. 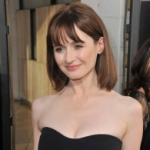 From The Jane Dough: There’s an admirable lady headed to HBO: The Jane Dough explains, “Emily Mortimer, She Who Plays ‘Mac’ On The Newsroom And Should Be Given A Goddamn Purple Heart For Tolerating The Aaron Sorkin World Where Women Are Frivolous Harpies Whose Tearducts Are Differently Wired So They Can Run Around Noble And Dignified Newsrooms Spraying Their Crazed Sadness Like Emotion-Hydrants, will write and star in a new HBO comedy. According to The Hollywood Reporter, Mortimer co-created the semi-autobiographical series with her real-life best friend Dolly Wells, a British actress known for her work on The Mighty Boosh and Spy.” The six-episode series is called Doll & Em — read all about it here. 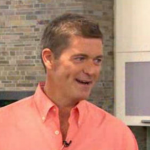 From The Braiser: What’s the latest on Paula Deen? The Braiser answers, “Jamie Deen appeared on The Today Show’s heavily dad-centric broadcast this morning for a kid-friendly pasta demo, but, of course, since Today owes most of its summer ratings to Paula Deen exclusives, he couldn’t avoid answering questions about his mom. ‘She’s doing really fantastic,’ he told Matt Lauer at the top of the segment. ‘We’ve gotten tremendous love and support, and of course, we would just do anything for Mom, and it’s been an interesting summer for us, but we’ve been through challenges as a family before, and we’re going to be fine.'” Read more and see the clip here.