From Mediaite: Last night, tragedy struck Chicago in the form of this week’s second shooting. Mediaite reports, “A week that began with 13 people being killed in a mass shooting at the Washington Navy Yard has ended with 13 people wounded in a mass shooting at Chicago’s Cornell Square Park Thursday night, among them a three year-old boy named Deonta’ Howard. The child, shot in the head, was the most seriously wounded in a shooting that police are saying was gang-related. In a chilling illustration of the gun violence in the city, Deonta’s uncle was reportedly among those killed in a string of Labor Day Weekend shootings just two weeks ago.” Read the full story here. 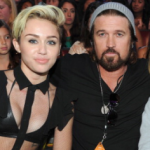 From Gossip Cop: What does Billy Ray Cyrus think of daughter Miley’s headline-making antics? Writes Gossip Cop: “Billy Ray Cyrus praised his daughter Miley for leaving ‘Hannah Montana’ behind and evolving’ during his Thursday appearance on Piers Morgan Live. Asked how, as a dad, how he feels watching his daughter twerk and go nude in music videos, the ‘Achy Breaky Heart” singer initially deflected, but then commended Miley for her choices. ‘For me to think how hard she’s worked to get to his point, and what a risk — just the fact that she went and cut her hair off. That was huge,’ said Billy Ray. He continued, ‘She could’ve stayed Hannah Montana forever and made a great living doing that, but she’s more of an artist than that, and she wanted to make a living and evolve.'” Read more here. 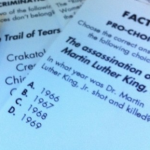 From Geekosystem: Do you like the popular party game, Cards for Humanity? If so, Geekosystem recommends checking out this kickstarter: “Like hanging out and playing stuff with your friends? Are you and your friends all monsters who react to awful news with laughter and tell dead baby jokes to each other for fun? Then you’re probably going to want this Terrible Things game in your life. Your horrible, horrible life. The gameplay mechanics resemble what would happen if you mashed up Cards Against Humanity with Cranium — your goal is to make it from one end of the game board to another, which you do by completing challenges that are written on cards.” Read the whole article here.

From Styleite: What does one wear to the ballet? Styleite answers, “If there’s one place to go full-on in the gown department, it’s the New York City Ballet’s Fall Gala, and that’s exactly what Sarah Jessica Parker and Natalie Portman did last night at the glamorous fête. Parker opted for a voluminous, pirouette-worthy piece that was collaboration between Prabal Gurung and Olivier Theyskens, while Portman wore a high-octane column design from Christian Dior’s fall couture collection. Others that struck our fancy were the ladies in black, Doutzen Kroesin a sheer borrowed-from-the-boys look, Drew Barrymore in an LBD with sparkly Chanel C’s earrings, and Elettra Wiedemann in a sleek floor-length number.” See photos of all the looks here. 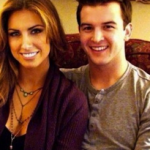 From SportsGrid: Remember famous football girlfriend Katherine Webb? Well, she’s a football girlfriend no longer. Writes SportsGrid, “OMG! SportsGrid has learned that Katherine Webb, girlfriend of Alabama heartthrob quarterback A.J. McCarron, has DUMPED her boo! WTF! The hottie’s career has BLOWN UP since sports announcer Brent Musberger spotted her at a big football match, and now it appears that SHE’S too big of a star for her superstar boyfriend! Who needs sports millions when you can have fashion millions, right Katherine?!” Read more here. 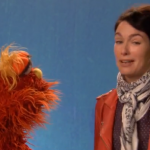 From The Mary Sue: Games of Thrones meets Sesame Street? It’s true! Reports The Mary Sue, “Technically it’s Peter Dinklage and Lena Headey who went on Sesame Street, not theirGame of Thrones counterparts. If only it were Nikolaj Coster-Waldau so I could make a tasteless joke about tossing seven year olds out of buildings. Le sigh. Anyway, above you can see Headey teaching Murray Monster how to relax (no, it doesn’t involve wine), and behind the cut is a clip from tomorrow’s episode of Dinklage as Simon of “Simon Says” fame. And he sings. Dangit, Peter Dinklage. Stop being so perfect, for once!” Watch video of their visit here. 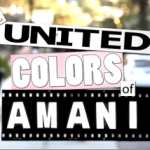 From The Jane Dough: There’s a new web series you should be watching, writes The Jane Dough, “A few weeks ago, we alerted you to ‘Ask a Slave,’ Azie Mira Dungey’s brilliant web series based on her experiences as a black historical re-enactor at Mount Vernon. Because you all have as flawless tastes as we do, you ate Dungey’s droll and biting humor right on up. Today we bring you a new, hilarious find: Amani Starnes’ ‘The United Colors of Amani.’ Starnes, who actually played a runaway slave in Episode 4 of ‘Ask a Slave,’ is a struggling actress stuck, in her words, ‘on the margins of Hollywood.’ A multiracial performer, she is constantly confronted by the entertainment industry’s complex racial politics, glaring ignorance, and inane questions.” Read on here. 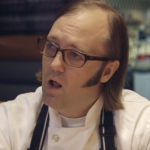 From The Braiser: Chef Wylie Dufresne never shies away from innovation when it comes to food – but what does he think of the lab grown burger? Answers The Braiser, “In a video interview with The Verge, Wylie Dufresne took the tech site on a tour of his Science Kitchen of Science at wd-50, but admitted that he — the man who popularized the application of food science to cooking — drew the line somewhere. That somewhere: the lab-grown hamburger. Joining a small but growing number of chefs alarmed at the prospect of lab-grown meat, Dufresne admitted that he thought a burger grown in a Petri dish was ‘kind of creepy.’ Though he’s happily embraced many aspects of food science in his restaurant, the concept of ‘disconnecting’ the meat from the animal gave him the heebie-jeebies.”  Watch more here.