From Mediaite: If you weren’t watching President Obama’s interviews last night, perhaps you caught a bit of Anthony Weiner’s interview on MSNBC. Mediaite reports, “Think of all the negative, nasty, unbelievable things Anthony Weiner has ever done. Does ‘a pathological need to be in public politics’ enter the top ten? No? Well, good thing you’re not Lawrence O’Donnell then, because that was the first and ONLY issue he took with Weiner in an interview Monday. There are no words that can do this mess justice, only to say that for the first time since the first picture of his penis emerged on the internet… you may end up feeling bad for Anthony Weiner. O’Donnell opened the interview with a penetrating question: ‘What is wrong with you?’” Read more about the intervie here. 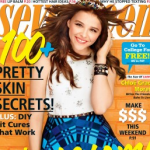 From Gossip Cop: Chloe Moretz opens up to Seventeen magazine about her life and family. Gossip Cop writes, “Chloe Moretz opens up in the October issue of Seventeen about bullying, dating and friendship. The Carrie star reveals, ‘I have two gay brothers and two straight brothers, and my gay brothers were treated horrifically until they grew up and understood how to deal with it.’ She adds, ‘I will delete you and I will block you, and you will not be a part of my life if you ever say anything bad about my brothers.’ Moretz tells the mag that Abigail Breslin is her one true friend in Hollywood, and that she holds family above all else. The actress shares, ‘Never choose your friends over your family or a boyfriend or girlfriend over the family. My mom has always taught us that blood is thicker than water.'” Read more here. 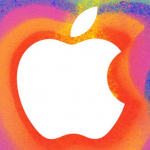 From Geekosystem: Apple may announce a new iPhone today, so Geekosystem has compiled all the rumors: “The most fervent rumor being bandied about the past couple of days is that this generation of phones will come with a fingerprint sensor. The Wall Street Journal has all but confirmed this new addition, pointing to several different sources that say the sensor is real. Of course, the fact that Apple was so interested in buying the fingerprint sensor company AuthenTec last June doesn’t hurt, either. Why a fingerprint sensor? There’s the obvious extra log-in security that comes with marking a user by such a distinctive feature, but there are also other potential uses as well — the phone might be able to recognize multiple fingerprints to make room for several users, which would be perfect for parents who allow their children access to the apps on their phone.” Read more rumors here. 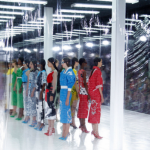 From Styleite: New York Fashion Week is underway, and Styleite is reporting on all the shows. Of Prabal Gurung, Styleite writes,”In June of 1962, Vogue commissioned a photo shoot of Marilyn Monroe with photographer Bert Stern, just six weeks before her death. The images of the Hollywood icon may have been shot in the heat of summer, but they seems to embody spring in both color and feeling. Marilyn and her peroxide blonde coiff glowed against a rainbow array of pastels and it makes perfect sense that the photographs, as well as their star, could inspire an entire collection – especially at the hands of a visionary such as Prabal Gurung. As we took in the show at Midtown’s Moynihan Station, we felt as if we’d been transported to Haute Couture week in Paris – or perhaps even Christian Dior’s atelier in the ’50s.” Read more and see photos here. 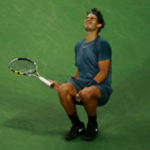 From SportsGrid: How did the U.S. Open end? SportsGrid reports, “Yesterday was the men’s U.S. Open final between top-ranked Novak Djokovic and the number two overall Rafael Nadal. It was, on its face, a relatively easy win for Nadal — he took the match 6-2, 3-6, 6-4, 6-1 for his 13th Grand Slam — but many of the points were on rallies over 20 shots long. The most epic: a 54-shot battle that encapsulated all the tension of the match in 75 seconds of play. The fact that Djokovic won the point but went on to lose the match shows how well Nadal is playing. He went 60-3 overall in 2013 with 10 titles including the French Open. He also picked out roughly 2,971 wedgies during that run. With Roger Federer fading fast, it looks like Nadal will be holding court in professional tennis for the foreseeable future.If you’re wondering, 54 shots is not the record for a Grand Slam rally. That distinction belongs to an 86-shot rally during a 1978 match between Björn Borg and Guillermo Vilas.” See videos of the matches here. 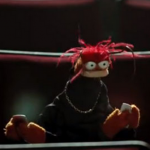 From The Mary Sue: An extreme response to inappropriate cell phone use occured last night, writes The Mary Sue: “Many theater-goers are annoyed by cell phone use during films but one journalist at the Toronto International Film Festival took his response to the extreme yesterday – he called 911. I first started hearing about the incident last night on Twitter and was instantly boggled by the actions of FirstShowing.net’s founder Alex Billington. The owner/writer was attending a press and industry screening of The Sacrament when he noticed another member of the press using their cell phone. First, he went to theater management. He tweeted, “Arguing with theater manages that tell me that cell phones are allowed in theater while guy in FRONT ROW has it on the whole time. WTF.” While I certainly don’t appreciate the use of cell phones in theaters, everyone has their own opinion on it.” Read more here.

From The Jane Dough: In disappointing news, the viral video of an extreme “twerking fail” was fake. The Jane Dough reports, “You can always count on the Internet. When the rest of the world is going bonkers and former child stars are writhing around on mounds of debris, licking inanimate objects just like my cat did before I realized he was blind and dying, you can be certain that the Internet is still upvoting, sharing, liking, and commenting on the same things — videos with titles that include the word ‘fail’; anything that proves millennials are terrible, particularly teenage girls; nostalgic lists like “The 90 ’90s-iest ’90s That ’90s-ed in The ’90s”; and cats doing human things. This is how a little video called “Worst Twerk Fail EVER – Girl Catches Fire!” managed to become the video du jour of Gchats between co-workers and Facebook posts from friends you made during college orientation and formed close online relationships with, despite never talking in the real world again, even though you had a seminar together your Senior year. In six days, the clip racked up over 9 million views on just one YouTube account. “Worst Twerk Fail Ever” has everything a good viral video needs: an attractive star, a trend that is past its prime, pain, embarrassment; unfortunately, it’s just not real. Noted prankster Jimmy Kimmel admitted last night on his talk show that his team staged and shot the video over two months ago.” Read on here. 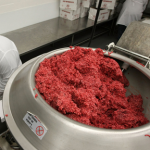 From The Braiser: Can we really make our nation’s children eat healthier? The Braiser reports on the latest, “Despite a concerted political and public push to get lean finely textured beef — an ammonia-treated, mechanically-separated meat product Jamie Oliver famously dubbed ‘pink slime’ — out of school lunches, four states have quietly resumed buying the controversial meat product and plan on serving it in school lunches this year, POLITICO has found… While after last year’s Summer of Finely Textured Beef prompted all but three states in the US to stop ordering the product, educational budget cuts and new nationwide nutritional standards have forced four more states to resume buying beef products with ‘pink slime’ as a beef filler, a move that can cut up to 3% from the cost of ground beef — ‘which can add up quickly in a program that feeds more than 31 million school children each day,’ POLITICO notes.” Read more here.