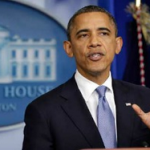 From Mediaite: Who’s winning the shutdown? Writes Mediaite, “As the government shutdown that began Tuesday heads into the weekend, President Barack Obama, Congressional Democrats and Republicans in the House are no closer to reaching a deal which would end the standoff. On Friday, a White House official told the Wall Street Journal that the administration is not in a rush to end the standoff. The Obama administration official told the WSJ that he sees victory: Said a senior administration official: ‘We are winning…It doesn’t really matter to us’ how long the shutdown lasts ‘because what matters is the end result.'” Read the story here. 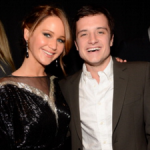 From Gossip Cop: Can men and women be just friends? Some Hunger Games co-stars say yes. Reports Gossip Cop, “Josh Hutcherson tells Glamour about his friendship with Catching Fire co-star Jennifer Lawrence, and how it’s ‘absolutely’ possible for men and women to be platonic friends. The actor says that he and Lawrence ‘were nervous about our new co-stars because we’re kind of crazy when we’re together, so it can be a little scary for the new people. But everybody jumped right in. It was a fun vibe on set.’ Asked whether it’s ‘weird having to switch to romantic relationship on-screen’ with Lawrence, Hutcherson tells the magazine, ‘It is. There are times when we’ve had to cut because we can’t get through a take without laughing.’” Read more of what he had to say here. 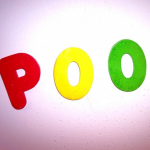 From Geekosystem: There’s a new medical cure on the rise, but it might be unappetizing… writes Geekosystem, “This story is about very serious science — and poop. A doctor at the University of Calgary have found a way to create pills from fresh human feces that could act as a much easier fecal transplant option for patients suffering from Clostridium difficile, or C-diff which kills 14,000 Americans every year. The poop pills were developed by Dr. Thomas Louie at the University of Calgary. Each pill can be made to order for patients with C-diff if antibiotics fail to treat the infection. C-diff infections have been successfully treated with fecal transplants for some time, and researchers at the University of Guelph have even developed synthetic poop to be used for this purpose.” Read the story here.

From Styleite: Is Jude Law’s son the next big thing in fashion? Writes Styleite, “What is the minimum age at which you can predict someone’s babe potential without it sounding creepy? Is it 16? Because that’s how old Jude Law and Sadie Frost’s son Rafferty is in this new fashion film by Tiger of Sweden, and let’s just say he has his dad’s face plus a few piercings and an epically dapper suit. You do the math. The film, ‘A Different Cut’, was released to celebrate the launch of the Scandinavian fashion brand’s new flagship store on London’s Piccadilly. Raffi, as he’s now known, plays ‘the rebel’ and stars along five other London creatives including stylist Ellie Grace Cummings and artist Phoebe Collings-James. A party was thrown at the flagship last night, at which Peace performed and Pixie Geldoflaid down a few tracks, further cementing the brand’s new status a go-to for debonair East London cool kids.” Read on here. 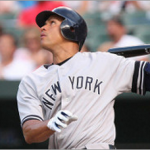 From SportsGrid: Alex Rodriguez can’t stay in a good limelight. SportsGrid reports on the latest, “On top of appealing his 211-game suspension, Alex Rodriguez is now suing Major League Baseball for, among other things, trying to force him out of the game and ruining his reputation. At this point, A-Rod appears to be going for the “I don’t have any more fucks to give” strategy. We’ll see if it pays off.” Read a list of  “some of the fun things A-Rod claims is happening to him because of this suspension” such as a ruined reputation, less incoming endorsement offers, and lowered autograph sale prices here. 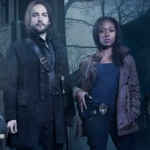 From The Mary Sue: Good news for fans of Sleepy Hollow, reports The Mary Sue: “Ya done good this time, Fox. Ya done good. With only three episodes under its belt, Fox’s magnificently ridiculous and wonderfully diverse fantasy show Sleepy Hollow has been renewed for a second season. It’s not particularly surprising since, unlike Firefly, it’s actually had really high ratings so far. (Why would you frontload your show with monster of the week episodes, Joss? Why would you do that?!) Sleepy Hollow‘s first season is only going to be 13 episodes; Fox brass could have just upped that to 22, but instead they’re going with a model that’s more Sherlock than Doctor Who and keeping with shorter, uninterrupted seasons.” Read on here.

From The Jane Dough: More funny ladies on TV! Reports The Jane Dough, “Writing partners and funny gals Casey Wilson and June Diane Raphael have sold yet another TV show, this time to NBC. For those of you keeping track (as you should be — Casesus and Archangel Raphael are going to deliver us from Dads and the crushing disappointment of Super Fun Night #SorryNotSorry), the pair now has two series in the pipeline as well as the upcoming premiere of their film Ass Backwards, which they co-starred in and wrote. I thought I was going to have a busy year because I recently joined a book club… Wilson and Raphael’s NBC project, called The Mason Twins, focuses on thirtysomething fraternal twins who are forced to live together when their lives don’t turn out quite as they expected.” Read more about it here. 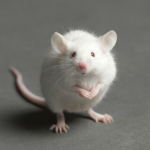 From The Braiser: What’s going on with NYC’s Mission Chinese? Answers The Braiser, “We don’t know if you know; but nobody hates Mission Chinese likeGothamist hates Mission Chinese. Apparently, their beef stems from their sister site Shanghaist’s review of James Beard Award-winning Danny Bowien’s three-hour-wait, Pete Wells-exalted, James Beard Award-winning GQ-profile’d restaurant, deeming it “astoundingly awful.” The reviewer’s authority evidently lies with the fact that he’s a “foodie from China,” so this might be one of those authenticity feuds which entirely misses the point of the restaurant. (Even Eddie Huang backed down from that fight.) But we digress. Reviewers are entitled to their opinions. The real story, here, is Gothamist’s borderline illogically harsh report of Mission Chinese’s sudden shuttering by the Department of Health for a mouse infestation.” Read the full story here.