From Mediaite: On Thursday night Barack Obama told NBC News reporter, Chuck Todd, that he was sorry to those Americas who were losing their heath insurance coverage. Mediaite reports ” Many were hurled under President Barack Obama’s bus on Thursday night when he told NBC News reporter Chuck Todd that he was “sorry” those who were losing their health insurance coverage were shocked by this eventuality because of repeated “assurances” he made to the contrary. The president’s supporters in the media were first among those to take a dive under the wheels of the president’s forward-moving signature policy achievement. “Congressional Republicans have stoked consumer fears and confusion with charges that the health care reform law is causing insurers to cancel existing policies and will force many people to pay substantially higher premiums next year for coverage they don’t want,” the New York Times editorial board declared on November 2. “That, they say, violates President Obama’s pledge that if you like the insurance you have, you can keep it.” “Mr. Obama clearly misspoke when he said that,” the Times editors continued, unconcerned with the damage they were doing to their institution’s credibility.” Read the full story here. 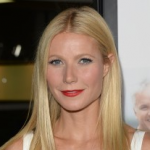 From Gossip Cop: Did Gwyeneth Paltrow is asking her A-list celebrity friends to boycott Vanity Fair’s famous Oscars party? Gossip Cop reports “A so-called “source” tells RadarOnline, “Gwyneth feels her relationship with the magazine has been destroyed and she’s urging pals not just to avoid doing business with the magazine, but to skip the mag’s Oscar party as well.” Paltrow’s rep calls the blog’s story “completely false,” noting, “Gwyneth has not asked anyone to not attend the party,” RadarOnline recently reported wrongly that Paltrow “convinced George Clooney to withdraw from appearing on the magazine’s Hollywood Issue cover.”” Read the full story here. 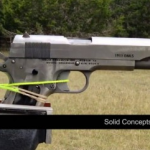 From Geekosystem: Finally a 3D printed handgun made of steel. Reports Geekosystem “We’ve already covered the first 3D-printed handgun, and the first 3D-printed rifle. Both were made of plastic, and could only manage one shot before breaking. But the new 1911 series pistol by Solid Concepts is 3D printed from steel, and seems to have no problems firing repeatedly and accurately. Solid Concepts says their 3D-printed pistol isn’t about making a cheaper or simpler gun. They just want to prove that 3D-printed parts can be just as strong, reliable, and accurate as their traditional counterparts.The idea of someone being able to download plans from the Internet and print their own gun may seem unsettling, but considering the time, cost, and assembly involved, this seems a lot harder than just going out and buying a traditional gun, which we’ll remind you is still unbelievably easy in America.” Read the full story and watch the video of it firing here 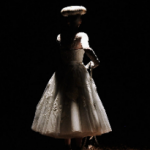 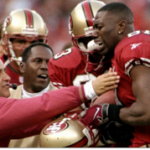 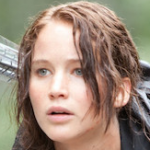 From The Mary Sue: Lionsgate reportedly is in talks about a Hunger Games Theme Park.  The Mary Sue reports ” I suppose this was inevitable when we made an action blockbuster franchise out of a dystopian future setting where the enemy isn’t robots or aliens or disease or a natural disaster or dragons… it’s just other people. There’s the abject poverty and forced labor of the higher numbered districts, the somewhat more gilded but still very clear cage of the lower numbers, and then a Capitol full of people who live happy and uncaring on the blood and tears of others, joyfully ripping twenty four families apart every year in order to derive entertainment from their unhappiness…” For the full story click here. 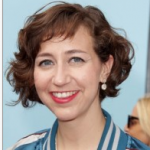 From The Jane Dough: Molly Shannon and Kristen Schaal land TV development deals. Reports The Jane Dough, “Genius comedy sprite Kirsten Schaal teamed up with her manslice, former Daily Show writer Rich Blomquist, and sold a comedy to ABC. The pair will write American Monster, a show about a small-town misfit, played by Schaal, “who becomes an unlikely celebrity when she goes on trial for the murder of the century.” Deadline reports that Schaal and Blomquist, who previously wrote The Sexy Book of Sexy Sex together, will executive produce along with 21 Jump Street writers-directors Phil Lord and Chris Miller.” Read the full story here . 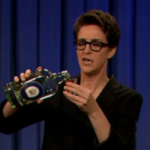 From The Braiser: Who would’ve thought? Rachel Maddow has taught Jimmy Fallon a surprising amount about martinis last night. The Braiser writes, “We know she is technically neither a chef, nor a mixologist, nor a celebrity farmer. But we are the red-headed femivore hell-spawn of These Guys, and it’s Friday, so please indulge us in a little Gratuitous Morning Maddow. Please? GREAT. Cocktail purist Rachel Maddow stopped by Jimmy Fallon last night to usher the host into a new era of being The Man (ie., owning late night TV as the upcoming host of The Tonight Show) by demonstrating how to mix a proper martini.” Watch the video and read the full story here .