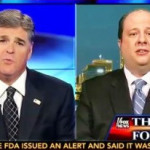 From Mediaite: This past Tuesday,  Sean Hannity confronted Mike Dickinson, the Democratic candidate who accused Fox News of ‘lies and mistruths’. Reports Mediaite, “Sean Hannity faced off Tuesday night with a Democratic congressional candidate who tweeted that“Fox News does nothing but tell lies and mistruths,” and so for that reason, “we need [the] FCC to monitor and regulate them.” Hannity confronted Mike Dickinson on the air and grilled him on exactly what Fox has lied about.”  Read the full article and watch the clip here. 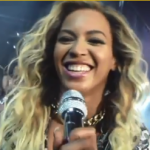 From Gossip Cop: Beyoncé gave one lucky fan in the UK a special birthday present – a personal serenade by Bey herself. Reports Gossip Cop, “Beyoncé treated a concertgoer to a once-in-a-lifetime birthday tribute during her Birmingham, England concert on Sunday. The singer stopped her show when she noticed fan Shehnaz Khan was wearing a button that noted it was her birthday, and then started talking to her.Taking Khan’s hand, Beyoncé then launched into “Happy Birthday To You.” The special moment came after the superstar’s team upgraded the 22-year-old and her friends to VIP seats.” Watch the full clip here. 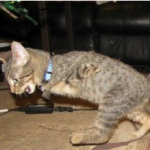 From Geekosystem: A family in Oklahoma rescued a T-Rex kitten? Reports Geekosystem, “Mercury is an adorable tabby kitten whose front legs were tragically removed in a weed whacker accident, because humans are horrible monsters.  Thankfully, a loving family in Oklahoma redeemed the rest of us by fostering the four day old kitty, who gets around fine with just his hind legs. But  he looks…like something. You’re all thinking it.I don’t want to be the one to say it first, guys. He looks like an adorable tabbysaurus rex.” Read the full story about this little guy here. 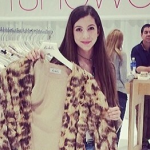 From Styleite: 12- year old tween fashion designer is launching her line at a Nordstroms near you. Reports Styleite, “If Tavi Gevinson and Lorde have taught us anything, it’s that precocious teen girls are more career savvy and talented than ever. But still, you can’t help feel unaccomplished when you hear that a 12-year-old designer is launching her own collection at Nordstrom. Austin native Isabella Rose Taylor has been selling her namesake juniors collection online for the past three years.” Read the full story here. 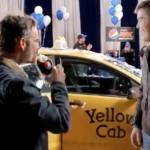 From SportsGrid: Jeff Gordon pulls off the prank of the year on Travis Okulski writer for Jalopnik. Reports SportsGrid, “Travis Okulski didn’t believe Jeff Gordon’s Pepsi Max “Test Drive” was real. By all objective measures — it wasn’t. But that didn’t stop Gordon and Pepsi Max from scaring the bejesus out of Okulski in similar fashion. The writer was flown down to Charlotte under the guise of filming a secret commercial he could tell absolutely no one about. We’ll let you watch the rest…” Watch the hilarious prank here. 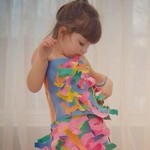 From The Mary Sue: A 4- year old can make dresses out of paper that could rival some designer style. Reports The Mary Sue, ” Four year old Mayhem (not her real name, but it fits, because this girl has ‘tude), isn’t the hugest fan of princess dresses. But she really likes paper and tape. The miniature fashion maven, with the assistance of her mother Angie (“The ideas are pretty much a 50/50 split, but Mayhem constructs a lot more than most people would probably believe… she’s literally always beside me learning something new if she’s not tearing or taping or gluing while I am.”), has taken dress-up into her own hands, creating outfits out of construction paper, tissue paper, aluminum foil… “if we can find it laying around the house and it’s pliable, it’s fair game,” says Angie.” Read the full article and check out pictures here. 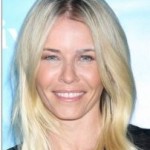 From The Jane Dough: Chelsea Handler speaks out. The late night talk host responded to an article in theNew York Times. Reports The Jane Dough, “Birthday girl Chelsea Handler responded to a NYTimes piece written last week discussing late-night talk show hosts in which she was (sort of) mentioned. The article was catalyzed by Fallon’s debut as host on The Tonight Snow, intending to predict the SNL alum’s success by taking a passing temperature check of the late-night landscape. All was fine until the author ended a roll-call of late-night personalities with “(The only female host in late-night is Chelsea Handler, 38, on E!).” While Handler’s photo was included among her contemporaries’ near the headline, her name earned nothing more than a parenthetical mention. As Handler looked up her self, parentheses are used to signify something that is “incidental, subordinate in significance, minor or casual.” Not one to hold back her thoughts on anything, Handler collected herself and wrote a response for The Huffington Post. When it comes down to it, the host wants her legacy to transcend her gender.” Read her response and the full article here. 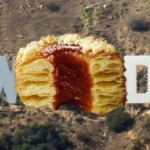 From The Braiser: Cronuts are now in Los Angeles. Yes, all of you west coasters you’ve heard right. Reports The Braiser, “The rest of the world may have cronuts on the mind, but that’s because they haven’t tasted one. We New Yorkers, on the other hand, have burnt out on the entire phenomenon — especially the ones who work out of SoHo who trip over salivating cronuteers every time they try to get to work on time (yeah, this is us) — and so we’re very glad to report that Dominique Ansel, a.k.a. Dr. Cronutstein, will partner with Barney’s to sell a limited run of cronuts in Los Angeles. Yes, Los Angeles, the land where the fro-yo and cupcakes trend retired and are maddeningly still alive, will now welcome the cronut to its shining,radioactive shores.” Read the full article here.