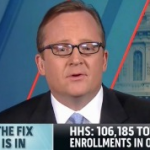 From Mediaite: Robert Gibbs says that it is ‘Inexplicable’ if Obama doesn’t fire someone over Obamacare website. Reports Mediaite, “Former White House Press Sec. Robert Gibbs joined the panel guests appearing on MSNBC’s Now on Monday, and expressed a much less sanguine view of the White House’s political prospects in the wake of the problem-plagued launch of HealthCare.Gov. He said it would be “inexplicable” if President Barack Obama did not shake up the personnel involved in that failure. MSNBC host Alex Wagner began by observing that the inadvertent “indictment” of government by using the phase “private sector velocity” to describe the latest fixes to the insurance exchange website might have been a bad decision. Gibbs replied that, often times, “the truth is the best way to go at it.” “This has been a completely unnecessary embarrassment,” Gibbs said. “It’s been an embarrassment for activist government in many ways.” ” Read the full article and watch the clip here. 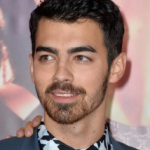 From Gossip Cop: Joe Jonas opens up in his first candid interview. The star dishes on everything from how the split of the Jonas Brothers has affected him, drugs and alcohol and his first real love. Reports Gossip Cop, “Joe Jonas opens about the Jonas Brothers breakup — and his personal breakups — in a candid first-person New York magazine story.The singer begins by alleging that the Disney machine wanted to control every facet of his and his brothers’ lives. “Being a part of a company like that comes with certain expectations,” says Jonas, who recalls undergoing intense media training and having a ban on anything remotely sexual, despite the temptations of a huge fan base made up of mostly girls. “There were the moments when I’d walk into my hotel room only to find a girl I didn’t know standing there,” says Jonas. “We were kids working with Disney, so finding a girl in our hotel room didn’t feel like an open invitation.” The performer eventually started to have secret rendezvous — sometimes with fellow famous stars, other times with fans themselves — and lost his virginity when he was 20 years old.” Read the full interview here. 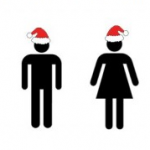 From Geekosystem: No sure what to buy that special someone for Christmas? Or how about your coworker or boyfriend’s little sister? Now there is a website out there that can you exactly what the perfect gift to buy is. Reports Geekosystem, “Christmas shopping season is upon us, and if you find yourself indecisive about what to buy that special stick figure in your life, there’s [email protected]!%shouldIbuyforchristmas.com. We grawlixed out the potty words in the image and preview, but a warning if you scroll down: Here be F-words! WhatthefuckshouldIbuyforchristmas.com comes to you from the same geniuses who made WhatthefuckshouldImakefordinner.com, a site that — as the name implies — helps you decide what the fuck to make for dinner by telling you what the fuck to make for dinner. The Christmas version lets you select between gifts for men and women, and makes a fucking suggestion with a link to purchase the fucking thing. We could do without the gender binary, but considering the site is over-simplification at its fucking finest, we’re not too surprised by it.” Read the full article here. 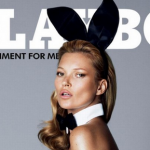 From Styleite: Can you guess who is on the cover for the Playboy 60th anniversary edition? Reports Styleite, “After nearly a year of speculation, and one sizzling teaser image, we can finally pour over Kate Moss’ full Playboy spread. While some might be disappointed that Mossy didn’t bare all (except for one stunning topless image), we’re all about her cheekbone-highlighting pout and retro-inspired bunny get-up — the silky ears, bowtie, sharp collar & cuffs, stilettos, and of course, the bustier onesie. All of the images, photographed by Mert Alas and Marcus Piggott, have a distinct vintage feel while still being completely modern.” Read the rest of the article and see some of the modest photos here. 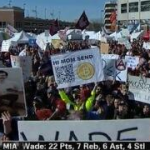 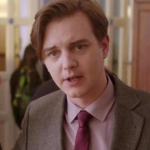 From The Mary Sue: Is Doctor Who picking up a secondary companion? Reports The Mary Sue, “We met a few new characters in the Doctor Who anniversary special, “The Day of the Doctor.” Might one of them be showing up in the future? Perhaps even as a new companion? Hit the jump to find out!  This is the first I’ve heard of it but Doctor Who TV says there’s “persistent rumours” a new male companion could join Jenna Coleman’s Clara to travel through time and space. They point to Tristan Beint, the actor who played Tom, a coworker of Clara’s, in the anniversary special. But where are these rumors coming from? So far…twitter? Someone asked the actor, “can we expect anything to come of  Tom & Clara with the next series of Doctor Who? Me and a few others are calling it #Tomwald” He replied, “now, now, spoilers… But #tomwald, like it. Pass that on to Mr Moffat…” ” Read the full article here. 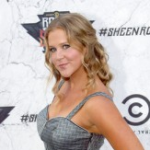 From The Jane Dough: Amy Schumer’s Train Wreck will be directed by Judd Apatow. Reports the Jane Dough, “For the very first time, Judd Apatow will be directing a movie that he didn’t write. While we reported back in August that his Universal-based Apatow Productions was developing an untitled script by Amy Schumer that is doubling as her star vehicle, THR announced that Apatow will direct the film. Called Train Wreck, the film centers on Schumer’s “basket case” who is struggling to rebuild her life. Apatow, Schumer, and producer Barry Mendel are currently casting the roles of the main character’s boyfriend, best friend/co-worker, and parent.” Read the article here. 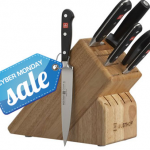 From The Braiser: Where can you get the best Cyber Monday deals for the kitchen fanatic in your life? The Braiser reports, “It’s Cyber Monday, and normally we would rail against the corporate overlords who attempt to stoke our greed by inducing sales, tempting us with shiny new knives, Dutch ovens, and copper-bottom sauté pans. Rationally, we know that the time-limited scarcity induced by holiday shopping and so-called “savings” is just an artificial economic stimulus that – Wait, what? 40% off a KitchenAid stand mixer? For real!? Okay, forget everything we just said; Cyber Monday is awesome. In the spirit of a Very Merry Corporate Christmas (and maybe Korporate Kwanzaa), we rounded up all the online holiday deals we could find at our favorite kitchen supply stores. For the professional chef in need of a knife to the baking obsessive in your life, this is for you.” Read the full article and find out where the best deals are here.