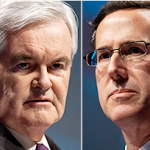 It begins! Mediaite reports that FOX News has terminated its contracts with Rick Santorum and Newt Gingrich, a necessary step if either man wants to run for president. Holy mackerel, I can’t believe it’s actually happening! Get the full post here. 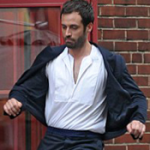 Sportsgrid reminds us that in addition to playing professional basketball, providing amazing color commentary and starring in “Space Jam,” Charles Barkley also has a hilarious golf swing. To see it in all its glory, click here. 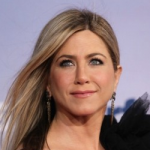 Gossip Cop reports on a story in which Jennifer Aniston allegedly screamed at a PA who pointed out the health risks of smoking while she was lighting up on the set of a Lifetime TV movie (oh, Jen). Unfortunately, Aniston neither yelled at the dude nor smoked a cigarette while on that particular set. Whoops! Get the full post here. 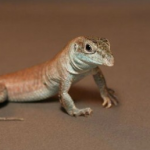 Today on The Mary Sue, we learned that scientists have succeeded in spawning an all-female species of lizards. …Congratulations? To read the full post, click here. 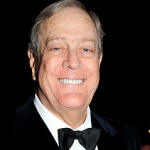 On Mogulite: David Koch is one of the few people in the United States who thinks that President Obama shouldn’t get all that much credit for the locating and killing of Osama bin Laden. This wouldn’t have anything to do with Koch being a huuuuge Tea Party supporter, would it? Get the full post here.