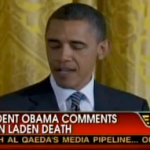 Mediaite has video of President Obama receiving a well-deserved bipartisan standing ovation during a dinner at the White House this evening. We’ll see how long this lasts! To watch the clip, click here. 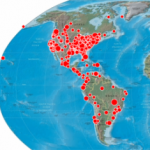 On Geekosystem: the news of Osama bin Laden’s death spread rapidly thanks to social media, and Sysomos, a firm that monitors social media use, has quantified it. See it here. 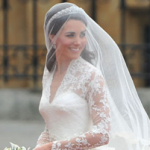 Styleite brings us the news that Kate Middleton’s iconic Alexander McQueen wedding gown will be put on display. The location is yet to be determined, but it is lovely to think of the dress being permanently made available to the public. Get the full post here.

Um, Sportsgrid has a photo of Shaquille O’Neal’s girlfriend balancing on his feet. Take a moment to wrap your mind around that idea, then click here. 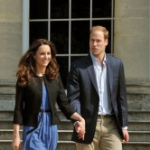 Gossip Cop reports that Prince William and Kate Middleton may be making one of their first stops as a married couple in Los Angeles! Next step: figuring out how we can get there. Seriously. To read the full post, click here. 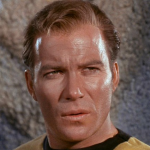 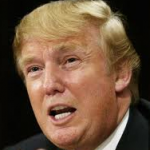 On Mogulite: with an apparent disregard for the news cycle (maybe he just doesn’t get it? Maybe he was just too angry after “Celebrity Apprentice” got interrupted?), Donald Trump has announced that he is running for president. Sort of. To read the full post, click here.