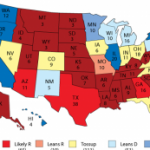 Mediaite has a 2012 election map from Larry Sabato. Already?! I’m still exhausted from the last one! To see the map, click here. 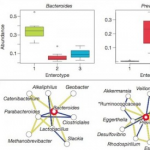 Geekosystem wants to know: do you know what your blood type is? Most Americans probably do. Oh, they have a follow-up question: do you know your gut bacteria type? Yup, that’s a thing we can divide into 3 distinct categories now. Good ice-breaker question to ask people on a first date! To learn more about this exciting new phenomenon, click here. 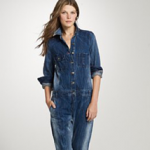 On Styleite: J Crew has a new item on sale that looks suspiciously like the oft-mocked “Canadian Tuxedo.” Now, it’s not a Canadian Tuxedo exactly, since it’s a jumpsuit, but the overall aesthetic is the same. To see a full photo, click here. 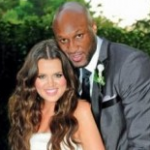 Aww: Sportsgrid reports on a rumor that Lamar Odom is rattled after catching some grief for starring in a reality show with new wife Khloe Kardashian, and it might be affecting his playing! Of course, that theory makes sense if you look at two poorly played games and not a third in which he played very well, but who cares? Onward, armchair psychologists! Get the full post here. 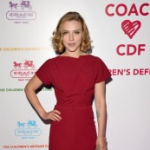 Gossip Cop negates a rumor that Sean Penn is urging Scarlett Johansson to give up smoking and drinking and lose some weight. While the weight issue sounded a teensy bit plausible, it seems totally ridiculous that the hard-living Penn would encourage his girlfriend to give up two of her fave vices! I mean, really. To read the full post, click here. 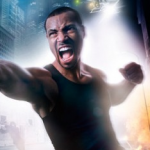 On The Mary Sue today: if you feel like there isn’t quite enough Isaiah Mustafa in your life, here’s some welcome news: Mustafa is lobbying to play Luke Cage in a movie version of the popular Marvel Comic. Do the right thing, Marvel! Get the full post here.