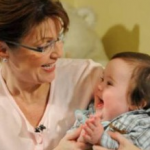 WHOA: Mediaite comments on a Wonkette post mocking, among other things, a rather cloying poem written for Trig Palin’s birthday by a Palin supporter. While Palin’s tendency to put her young son in the spotlight is irritating, there’s no reason to use that as a pretext for attacking the child himself. Basically, a big sad face all around. Get the full post here. 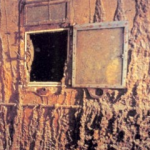 Um. Geekosystem reports that the Titanic is being consumed by a “super-organism.” The bacteria, called “rusticles,” are apparently working together (???) and the rate of decay where they are concentrated is 40 years ahead of the rest of the ship (!!!!!!). Um, does anyone else feel like screaming right now? To read the full post, click here. 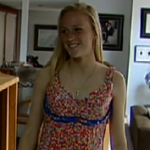 On Styleite: a mother spent 6 years collecting Starburst wrappers, which she used to weave a prom dress for her daughter. The best part of this whole thing is that the prom’s theme is “Candy Land.” But…how did she know? *Cue Twilight Zone music*. To see the dress, click here. 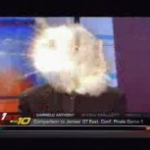 Sportsgrid has the ultimate argument ender from ESPN’s “First Take,” in which Skip Bayless’s head literally exploded during an argument about Carmelo Anthony (well, it didn’t really explode, but you get it). To see the magic happen, click here. 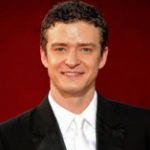 Oh, my: Gossip Cop reports that Justin Timberlake will host the season finale of “Saturday Night Live,” with Lady Gaga as his musical guest. Between Timberlake and Tina Fey, who is hosting on May 7, that is quite a few casting coups for May! To read the full post, click here. 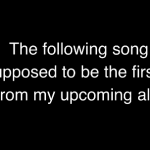 Man! The Mary Sue reports that Lady Gaga declined to have Weird Al Yankovic parody “Born This Way,” which is a shame. Not only is Lady Gaga kind of beyond parody already (so I was curious to see how he’d handle it), but also get over yourself, Gaga! To see the would-be lyrics, click here.