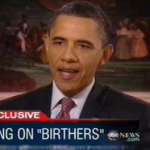 Mediaite has a unique perspective on the whole Obama birther controversy, from the man himself! George Stephanopoulos interviewed the president on ABC, and found that he’s not all that concerned about the birth certificate brouhaha – in fact, he believes it will end up being a disadvantage for Republicans in the next election. To read the full post, click here. 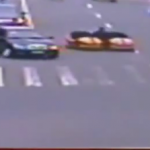 Geekosystem has the story of a man fighting the good fight against boredom by driving two bumper cars simultaneously on the streets of China. I mean, why not? To see a clip of his escapades, and read about how he was eventually stopped by police, here. 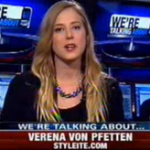 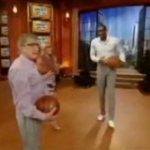 Sportsgrid brings us footage of Amar’e Stoudemire shooting hoops with Regis Philbin on Live With Regis and Kelly. Stoudemire may be the superior basketball player, but Philbin is and always will be the reigning champion of Inappropriate Yelling. Watch the clip here. 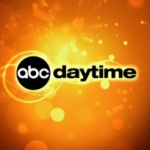 Sad day! Gossip Cop reports that long-running soaps “All My Children” and “One Life To Live” have been canceled. Now what shows will out of work Broadway actors/future CW stars do guest spots on? WORST. Get the full post here. 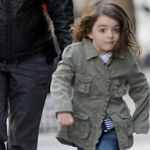 On The Mary Sue: Tina Fey’s daughter is adorable, has some major ‘tude, and has already managed to become an internet meme in the first decade of her life! To have a heart attack from too much adorableness, click here.