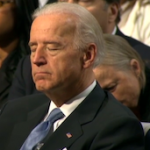 Mediaite ponders the following: was Joe Biden closing his eyes during Obama’s speech because he was concentrating very intently, because he wanted to give an impression of somber pensiveness, or because he fell asleep? You decide! Watch the clip here.

Judges: just like us! Geekosystem reports on a study finding that judges render more favorable decisions after they have eaten a meal. It’s a little weird that something so unrelated could impact the outcome of a case, but also not unthinkable that a cranky, starving judge would be less sympathetic than a well-fed one. Get the full post here. 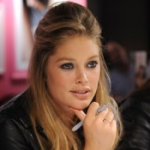 Styleite reports that model Doutzen Kroes will be headed into outer space! She’s booked a seat on the first Dutch commercial space flight. She’ll have to wait until 2014 to cross the Final Frontier, but he’ll almost definitely be the first model to do so. To read the full post, click here.

On Sportsgrid today: Kobe Bryant takes a page out of the John Kyl Spin Handbook, when he says that the apparent gay slur he used during a game was not meant to be “taken literally.” Oh, well in that case, Kobe Bryant is actually a well-disguised alien from Katy Perry’s “E.T.” video! Not meant to be taken literally/not intended as a factual statement, etc. etc. Get the full post here. 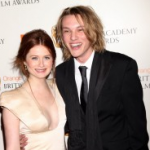 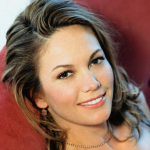 The Mary Sue covers an interview with Diane Lane, in which things get weird when the subject of the “Superman” script comes up. That Zack Snyder is just incapable of not making things weird, it seems. Get the full post here.