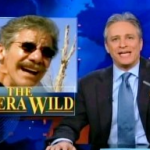 Mediaite has a clip of Jon Stewart offering his commendation of Geraldo Rivera, after the reporter survived a harrowing attack in Libya. Sample praise: “Dude’s got major sack.” Watch the clip here. 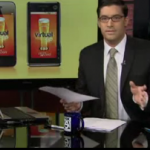 On Geekosystem: Ah, the internet, where your workplace humiliation lives forever. Watch a newscaster lick an iPad here. 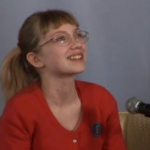 Stylelite covers an interview with 14-year-old Tavi Gevinson, who, despite being barely sentient during the nineties, harbors an intense love for the era’s pop culture. Get the full post here. 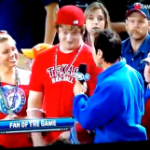 All class: Sportsgrid has a clip of a man who told a reporter that his wedding day was going to be the worst day of life, in front of his fiancée! Watch it here. 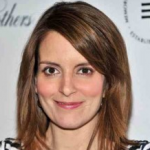 Aww! Gossip Cop reports that Tina Fey is pregnant with her second child! Good to know that the Funny and Awesome genes are being passed on. To read the full post, click here. 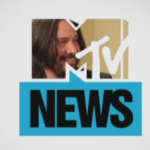 The Mary Sue brings us the, uh, excellent news that another “Bill & Ted” movie is in the works. Seems like a good career move for Keanu — it’s almost like people take him TOO seriously these days. To read the full post, click here.