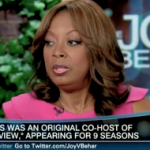 On Mediaite: my favorite kind of news! Gossip from “The View!!!!” Star Jones and Joy Behar had a rather tense conversation on HLN, one that began about Jones’ new book but quickly segued into an airing of grievances about her departure from the show. Savor the awkwardness here.

Geekosystem reports that guerilla hacker group Anonymous has set its sights on Sony, after the company took legal action against hackers who had cracked their Playstation 3 software. The politics of guerilla internet warfare aside, the group’s letter to Sony is kind of exciting, in a B-movie sort of way: “Knowledge is Free. We are Anonymous. We are Legion. We do not Forgive. We do not forget. Expect us.” Get the full post here. 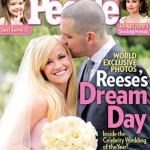 On Styleite today: Reese Witherspoon managed to slip mostly under the radar and marry fiance Jim Toth over the weekend. We’re just now getting to see what her dress looked like, and it’s…pink. Pink haters and lovers are divided. Fight! Fight! Fight! See photos of the gown here. 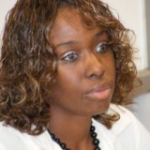 Well, this is great. Sportsgrid reports that the woman who falsely accused several Duke lacrosse players of rape has been accused of stabbing her boyfriend in the chest, seriously injuring him (duh). Well, this is…hard to comment on. Get the full post here. 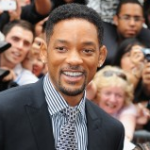 Gossip Cop brings us the exciting news that Will and Jaden Smith will play father and son in a new M. Night Shyamalan feature. Wait, did I say exciting? I meant to say “HUH?” To read the full post, click here. 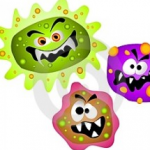 The Mary Sue has a slideshow guaranteed to amuse the hypochondriac in all of us — the “10 Best (Worst?) Fictional Diseases.” To see if you have Spattergroit or not, click here!