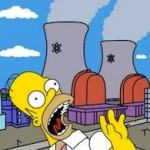 On Mediaite: out of sensitivity, many European TV stations are removing jokes about Springfield’s nuclear power plant that air in syndicated episodes. This seems relatively harmless, but…aren’t there a ton of those jokes? How long are the episodes after that, 15 minutes? Get the full post here. 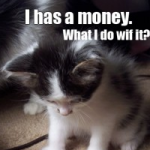 Oh, the internet: Geekosystem reports that Know Your Meme has been purchased by Cheezburger Network in a seven-figure deal. It’s easier to not start sobbing when you think about how much money that is if you imagine that the business is actually run by LOLcats. To read the full post, click here. 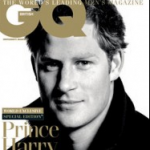 Styleite covers Prince Harry’s interview in Britain’s version of GQ, in which he lists “hiking the North Pole” as one of his upcoming projects. I can think of no more perfect metaphor for the man third in line to the throne who is definitely not marrying his stylish college sweetheart this spring. To read more, click here.

Sportsgrid reports that PBS’s Frontline will air “Money and March Madness” tomorrow at 9 PM E.T. The documentary will cover the absurd money generator the NCAA tournament has become, and explore the question of whether or not student athletes ought to be profiting from it. Sounds…not boring! Good work PBS! Set your DVRs, and to read the rest of the post click here. 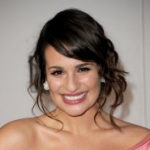 Oh, dear! Gossip Cop reports that Lea Michele was in a car accident in the wee hours of last Friday morning, while leaving the “Glee” studios. Luckily, Michele does not appear to have been injured. Be well! Get the full post here. 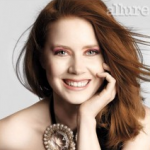 The Mary Sue confirms that Amy Adams has been tapped to star as Lois Lane in Zack Snyder’s reboot of the “Batman” reboot (I mean I’m sure his take will be original and all, but come on). The role was most recently played by Kate Bosworth in both “Smallville” and “Superman Returns.” To read the full post, click here.