On Mediaite: Joe Scarborough continues to hammer Glenn Beck, calling him a “nobody” and saying that he fears for the members of his family who are avid Beck devotees. Scarborough was responding to a question about whether Beck will heed Roger Ailes’s call to “tone down” the fiery rhetoric that has become FOX’s stock in trade. Get the full post here.

Big news in the phone world (really!): Geekosystem reports that Verizon will, indeed, come out with their own iPhone. It’s a relief to customers fed up with the unreliability of AT&T’s network, but it’s possible that with the influx of iPhone user’s Verizon’s network may become strained too. Geekosystem breaks down all the pros and cons — read the full post here. 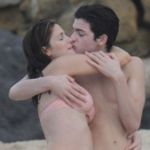 On Styleite today: though he and his mother came under fire for some decidedly intimate beach photos that some people might deem “gross,” Peter Brant II would like you to know that you are, in fact, the gross one. Brant argued that 1. Family moments are private (fair), 2. He’s gay (…okay?) and 3. That he and his mom are just friends, you guys! Read the full text of the letter Brant sent to Gawker here. 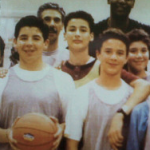 Sportsgrid has an adorable photo of Kobe Bryant at age 12, posing with the other members of his Italian basketball team. Just your average childhood snapshot! But seriously, it’s super cute. See it here. 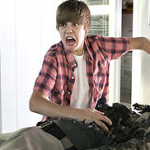 On Gossip Cop: thank heavens! Justin Bieber will return to CSI to reprise the role he played in the season premiere, in an episode aptly titled “Targets of Obsession.” Can’t wait, OBVIOUSLY. Get the full post here.