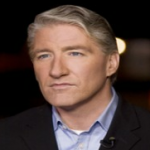 From Mediaite: John King’s CNN show is no more. Reports Mediaite, “CNN anchor John King’s program, John King, USA will end its run in the cabel news network’s 6 p.m. slot. King will be replaced at the end of June with The Situation Room with Wolf Blitzerwhich will expand from two to three hours. King will stay with CNN to cover the 2012 presidential election and will remain the network’s “Top campaign correspondent,” according to a CNN spokesperson. According to the New York Times, King will finish out the month and then transition to covering the campaign full time. CNN’s executives have stated publically in recent weeks that several poor ratings reports have forced them to rethink their primetime programming lineup. King’s program is the first to be replaced.” Read more here. 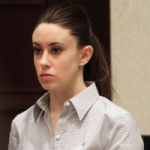 From Gossip Cop: Casey Anthony has broken her silence. In an interview with Piers Morgan yesterday, she finally discussed her acquittal, innocense, and post-trial life. What did she have to say? Reports Gossip Cop, “Anthony addressed the ‘misconceptions’ about her, telling Morgan first and foremost, ‘Obviously, I didn’t kill my daughter.’ She added, ‘If anything, there’s nothing in this world I’ve ever been more proud of, and there’s no one I loved more than my daughter. She’s my greatest accomplishment.’ Anthony says she’s ‘ashamed in many ways of the person I was,’admitting that she was a ‘stupid kid,’ but explaining that the public perception of her as ‘absolutely horrible”;is misplaced. An interesting moment happened as her lawyer, Cheney Mason, described to Morgan what Anthony’s daily life is like now. Mason revealed that Anthony is in the midst of The Hunger Games trilogy, which Morgan noted is about the killing of children, making it an odd choice of reading material.” Read the full article here. 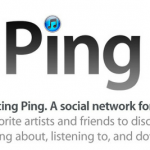 From Geekosystem: Is Apple going to kill Ping? The homegrown social network, part of iTunes, may not have very many days of existence left. Reports Geekosystem, “It seems that Apple has grown weary of investing its energies into something that has failed to resonate with the general public…. This isn’t entirely surprising. During the WWDC 2012 Apple keynote speech, the company revealed that a forthcoming refresh to the iTunes store would bring Facebook and Twitter integration… Arguably, this was the whole point of Ping in the first place: To encourage people to advertise music to each other. From Apple’s standpoint, this would be value added that the company could use in its often contentious relationship with music labels. The argument, one imagines, is that Apple would not only provide the means for distribution of music and handle the payments, but also plug your music into a social environment where it could ‘go viral,’  so to speak. Part of the problem with Ping was that most people already had social networks — like Facebook and Twitter — making Ping sort of a weird, purpose built platform. But back in 2010, Apple intended Ping to talk with Facebook… Apple was supposed to negotiate a deal with the social networking juggernaut. When those negotiations broke down, Apple launched Ping anyway. Facebook responded by blocking iTunes on their API, and Ping was cut off.” What will happen? Read more here. 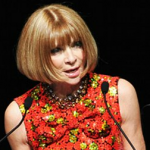 From Styleite: Anna Wintour has finally spoken out about her controversial profile of the Syrian first lady in Vogue’s February 2011 issue. Reports Styleite, “It’s no secret that American Vogue Editor-In-Chief Anna Wintour has been in the political spotlight of late because her support of the Obama campaign and the (probably bogus) rumors that she could become an ambassador. But that’s not the only reason. As you may have heard, Wintour and Vogue have been under fire since February 2011 for a profile of Syrian first lady Asma al-Assad, which glorified her opulent lifestyle and dubbed her ‘a rose in the desert’…  At first, the article, which was written by former French Vogue EIC Joan Juliet Buck and came out in the midst of the series of uprisings in North Africa and the Middle East known as the Arab Spring, seemed like it was simply ill-conceived and badly timed. However, a The New York Times article from this weekend reveals there was much more to it. Washington public relations company Brown Lloyd James, which has been behind several presidential campaigns, had been pocketing $5,000 a month from the Assads in exchange for helping the family create a rosy image of themselves in Western media. According to the NYT, the firm acted as an adviser to the family, as well as a liaison between Asma Al-Assad and Vogue.” Read the full article, as well as Wintour’s comments, here. 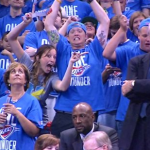 From SportsGrid: The NBA finals have begun, with the Miami Heat and the Oklahoma City Thunder facing off in Game 1. And the Thunder took control and emerged victorious, thanks to an outstanding team effort. Reports Sportsgrid, “After clawing their way back from a double-digit deficit in the first half, the Thunder went on to claim Game 1, 105-94. And the final true offensive possession for OKC managed to sum up the game, and the team, perfectly… Sure, Kevin Durant was outstanding, leading the way with 34 points and eight boards. And Russell Westbrook chipped in an impressive 27 points and 11 assists. But what won this game for the Thunder was a complete team effort, particularly on the defense. After allowing 54 points in the first half, OKC clamped down and gave up just 40 the rest of the way. Swarming team D, and some incredible individual efforts — such as that of Thabo Sefolosha — kept the Heat down while the Thunder rose to the occasion.” Read more about the Thunder’s win here. 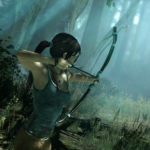 From The Mary Sue: In unfortunately unsurprising news for gaming women, Sexy Lara Croft is now Victim Lara Croft. Reports The Mary Sue, “Ever since announcements of a new Tomb Raider game started to surface in 2010, diehard fans of the series have been anticipating a reboot of the franchise led by the strong, ass-kicking Lara Croft… However, after the official E3 preview trailer, it became quite clear that Lara Croft had been shifted from being a badass to being utterly victimized. ‘A big part of that journey is seeing some of the hits she’s taken along the way and why she had to get that inner strength and the inner core to become the woman that we all know. There is that sense of seeing it and being explicit about that. It’s part of the narrative,’ Crystal Dynamics head Darrell Gallagher told to the Penny Arcade Report, suggesting that it is the violence and tragedy that Lara experiences, not her strength, that makes her admirable. And so it wasn’t particularly surprising when, Ron Rosenberg, executive producer of Tomb Raider, has gone on record with Kotaku to state that players ‘will want to protect’ Lara Croft as she is ‘turned into a cornered animal’ in the face of extreme violence and the threat of rape. Gee, a woman protagonist facing sexualized violence, how original.” Read more of The Mary Sue’s opinion here. 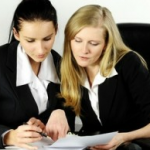 From The Jane Dough: Where is the best place in the world for working women? Norway. Surprised? There are many good reasons! Reports The Jane Dough, “Not only is Norway known as being one of the countries with the highest standards of living and the best place to live on Earth (as stated by the U.N Development Program), but now they have the best statistic of gender equality in the workplace! It’s like Utopia or something. A recent study by Catalyst examined the percentage of board seats held by women in the global business world. At the top of this list was Norway with women holding 40.1 percent of top executive positions in the workplace. This comes in stark contrast to the U.S where only 16.1 percent of women hold board seats. So why is Norway such a dominating country when it comes to gender equality in the business world? It’s all about their new gender laws. In 2003, the Norwegian parliament passed a law that mandated that the boards of companies and firms must have at LEAST 40-percent female representation by 2008. Since then, Norwegian companies have gradually increased the number of women holding top positions that were formally reserved for men.”  Read more about why here. 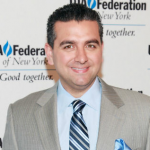 From The Braiser: Cake Boss Buddy Valastro has found himself in the middle of a controversy, as transgender star (and Ru Paul’s Drag Race runner-up) Carmen Carrerra accuses him of being transphobic.  She is petitioning for an apology from TLC after a prank appearance in last night’s episode of Cake Boss went awry. Here’s what happened: Buddy had Carrera flirt with his cousin Anthony in a bar, involving dancing, number exchanging, and a few pecks, until Buddy pulled Anthony to the side and said, “That’s a man, baby!” Here’s what The Braiser has to say: “We kind of can’t believe TLC even ran this. (Sh*t would NEVER fly on Bravo, at least not without Andy Cohen swiftly schooling everyone involved on the reunion show.) What’s interesting is Carmen’s beef with the clip. She knew she was being set up to pull a ‘Surprise! She’s a TransGirl!’ prank. Her issue was with the semantics of Buddy’s reveal. She prefers to be referred to as ‘born a man’ or ‘used to be a man’ and says that calling her ‘a man’ is utterly ignorant, writing on Facebook, ‘I made it VERY clear to the producers on how to use the correct wording before agreeing to filming this but instead they chose to poke fun and be disrespectful. Thats not what Im about!'” Read more and find the original clip here.