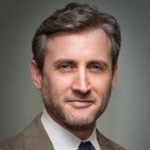 On Mediaite: Dan Abrams weighs in on the recent decision by some Huffington Post bloggers to go on “strike,” in light of the publication’s merger with AOL. Although the writers always knew they were contributing for free, apparently HuffPo’s billion-dollar sale to AOL has made it a tougher pill to swallow. Read the full column here. 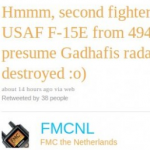 Geekosystems shows us yet another way that Twitter is changing the world — an ex-soldier from the Netherlands with a knack for radio technology is live-Tweeting the movement of NATO planes in Libya. To get detailed information about the military strikes from a non-government source is pretty extraordinary, and it seems that people around the world agree: @FMCNL has nearly 7,000 followers. Get the full post here. 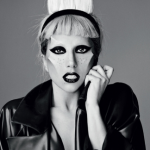 On Styleite, you can see photos from Lady Gaga’s shoot for i-D magazine. True to form, the singer appears nude but for a blue vinyl jacket, with black lipstick and facial prosthetics. Just another day at the office! See the slideshow here. 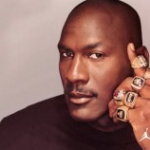 Ooh! Sportsgrid brings us good gossip from an unlikely source — the Washington City Paper. Apparently, back in the day, high off the success of “Space Jam,” Michael Jordan stole a certain WCP reporter’s date. Aw! Jordan used all manner of intimidation to get the girl in question away from her intended, whereupon her “eyes [darted] toward Jordan’s” and she “[grinned sheepishly].” OMG! Truth be told, she sounds kind of terrible. To read the full post, click here.

NOOOOO! Gossip Cop reports that Brad Womack was rushed to a hospital in Austin for an unspecified problem. It appears it’s nothing serious, but still! You can’t to that to me, Brad! It’s okay, I still love you. Be well! Get the full post here. 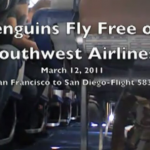 The Mary Sue has a clip of a San Diego-bound flight during which a penguin named Pete was allowed to stretch his legs and roam the aisles. While this is totally cute, and if it ever happened on a flight I was on I would die, I have to wonder why Pete the Penguin gets a free pass and we get yelled at if we get up to use the bathroom when there’s a little turbulence, you know? Species-ism! To watch the clip, click here.