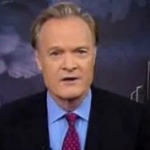 Oh, dear: Mediaite has a clip of Lawrence O’Donnell being, well, unkind to the voters in Michele Bachmann’s district, calling them “the most ignorant in the country.” This came after Michele Bachmann wrongly placed the “shot heard round the world” in New Hampshire instead of Massachusetts. Watch it here. 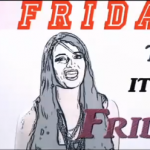 Geekosystem has come up with a whole new way for you to waste time at work! It’s a lyric generator based on unlikely superstar Rebecca Black’s viral music video, which allows you to create your own inane pop song and use it to derail productivity in your friends’ offices. Shout-out to awesome tech genius Scott Smitelli for “throwing [this] together.” See it here. 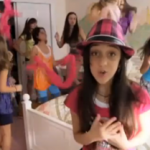 Styleite has an amazing viral video journey for you! It starts with “My Jeans,” Jenna Rose’s answer to Rebecca Black’s single (don’t know who either of these people are? It’s cool, no one else had any idea before this morning), detours through an “Education Connection” commercial, goes internet-retro with “Let Me Borrow That Top” before returning to the video that started it all, “Friday.” Oh, and I got my very own shout out in the post. No big deal. Get the full post here. 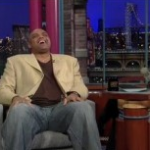 On Sportsgrid: the eminently quotable Charles Barkley was on Letterman, during which the host challenged the former NBA star on the breadth of his college basketball knowledge. Ever the smooth operator, Barkley took the opportunity to exhort the NCAA to focus more on encouraging players to graduate, but noted that he himself is literally too cool for school, given how rich he is. To watch the clip, click here. 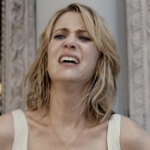 Gossip Cop has the trailer for “Bridesmaids,” which is being billed as “The Hangover” for the female set (except instead of the bachelor party, this movie is focused more on the wedding itself. It’s to be expected, given that it’s for the ladeez). I have a hangover from all of these comedies about weddings! Nailed it. See the trailer here. 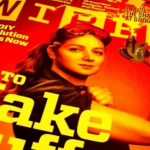 The Mary Sue notes the awesome cover on this month’s issue of Wired, which features a woman for the first time since 1996. Shame on you, Wired! More notable than the magazine’s dearth of covergirls, though, is the reason behind Limor Fried’s tech-world celebrity — she “offered a cash prize to the first person to produce open source drivers for the Microsoft Kinect, and then successfully convinced Microsoft that she had actually done them a favor and they shouldn’t sue her.” Sorta seems like the cover of Wired is a step down for someone so cool. To read the full post, click here.