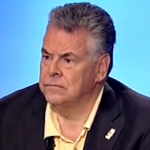 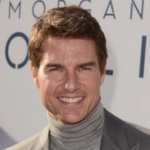 From Gossip Cop: Is Suri Cruise getting a private island? Reports Gossip Cop, “Tom Cruise is planning to buy an island off New Zealand to keep his children safe from Hollywood, claims the National Enquirer, which has repeatedly embarrassed itself with totally absurd coverage of the star and his family. According to the Enquirer — which just finished misinforming the world about Katie Holmes’ alleged plans to buy a home in Michigan — Cruise is currently ‘in the market for a small secluded isle in the exclusive Far North coastal region of New Zealand.’ The tabloid says he’s purchasing the island to remove Suri ‘from the prying eyes of the public.’ ‘The idea is to build an impregnable island fortress where Tom can go with his family,’ a so-called “source” tells the Enquirer… This story is 100 percent false.” Read on here. 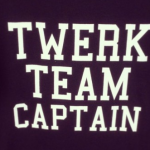 From Geekosystem: There are some new additions to the Oxford English Dictionary. Geekosystem’s Glen Tickle explains, “The Oxford English Dictionary defines “twerk” as a verb meaning to ‘dance to popular music in a sexually provocative manner involving thrusting hip movements and a low, squatting stance.’ Geekosystem defines the inclusion of ‘twerk’ in the OED as a stupid waste of time, but if you’re going to do it, do it right. Let’s fix that definition. Not to be too much of a pedant here, but I don’t think the definition is an apt one. The stipulation that one can only twerk to popular music seems unnecessary. Twerking is the action of rapidly shaking your butt up and down real fast. I could Twerk to Harvey Danger B-Sides if I wanted to, (I do not) and those are sadly not popular.” Read on here. 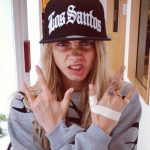 From Styleite: Cara Delevingne is continuing her world takeover. Reports Styleite, “Motorists everywhere, beware. It seems that Cara Delevingne is now in the business of breaking windows, jimmying locks, and tampering with car alarms, as she has been immortalized as a character in Grand Theft Auto V. Okay, so she might not be engaging in high-risk motor vehicle theft, as she will only be playing as a radio DJ in the video game, but it has certainly secured her even more street cred. ‘I am so happy to announce that I will be a radio DJ in @rockstargames new GTA V coming soon! Tune in! Woop woop,’ she tweeted earlier this morning.” Read more and see her Instagram announcement here. 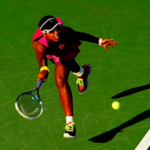 From SportsGrid: There’s already been one big surprise in the U.S. Open. SportsGrid explains, “In what will probably be known as the upset of the tournament, 17-year-old Victoria Duval scored a star-making victory against Samantha Stosur in Queens last night. Though she occasionally looked her age on the court, she played with enough confidence — not to mention skill — to beat an 11th-ranked Grand Slam champion. Who knows if Duval will extend her run past the next round, but she’s already following in the footsteps of young American phenoms like Sloane Stephens. She’s got an incredible back story [and] experience playing on the big stage.” See what you need to know about her here. 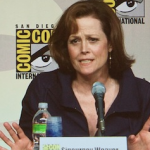 From The Mary Sue: Some exciting and intriguing movie news from The Mary Sue: “Ridley Scott and the Old Testament aren’t really two things that you would expect to come together in a creative project, but at the very least you can assume this about Exodus: it’ll be really interesting.The film already has Christian Bale and Joel Edgerton on as Moses and Ramses, but the Hollywood Reporter has more news on the rest of the Pharaoh family as it fills out. Sigourney Weaver will be taking the role of Tuya, Ramses’s mother (and so presumably Moses’ adoptive mother), with John Turturro as her husband, and you may commence humming any piece of music from The Prince of Egypt… now. Aaron Paul is in talks to play a ‘supporting role as a Hebrew slave’ who may or may not be Joshua, rounding out what’s so far a particularly white cast, considering its setting and time period.” Read more details here. 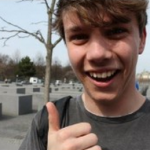 From The Jane Dough: Yesterday, along with “twerk,” the word “selfie” was added to the Oxford English Dictionary. Today, The Jane Dough’s Colette McIntyre defends the art form: “I am an avid supporter of the selfie arts. I love looking at selfies, I love ‘liking’ selfies, and you know that I love taking selfies. There is nothing like holding my cell phone in my palm, gazing long into my own eyes, and having my eyes gaze back into me, through the Nashville filter. Selfie-takers are doing important, vital work — who will let my friends know what I look like with a ponytail and lipstick if not me? Who will remind me that my drunk face consists of one squinted eye (usually the right); mouth slightly ajar, as if to say “I can’t remember how to breathe out of my nose”; and a peace sign? We are following in the footsteps of great artists before us: van Gogh cut off his ear and painted a self-portrait; I trimmed my bangs and took a selfie.” Read on here. 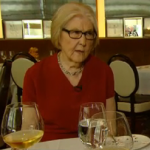 From The Braiser: How did Marilyn Hagerty become who she is? Writes The Braiser, “America’s favorite grandma Marilyn Hagerty got an invite to Le Cirque,courtesy of Inside Edition’s episode last night, and we have one problem:Sirio Maccioni didn’t greet her, nor did he relentlessly hit on her at all,which is the only reason to go to Le Cirque, according to Pete Wells… Anyway. Hagerty, on the show to talk about her new book Grand Forks: A History of American Dining in 128 Reviews, discussed why Anthony Bourdain wanted to publish a book of her reviews, and gave her verdict on the famed restaurant: ‘It’s an experience that we don’t have too often, but we should often do this — to smell the roses in between our peanut butter sandwiches and hamburgers at McDonald’s.'” See her interview here.