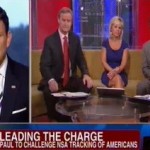 From Mediaite:  Snowden, a private security contractor, came out over the weekend as the person who leaked classified National Security Agency protocols to The Guardian.  How is the government handling the situation?  Mediaite reports, “Baier said that prosecuting Snowden risks alienating bipartisan swaths of the American electorate and opening the door to a more libertarian political movement in the United States.  ‘I do think this opens the door to a libertarian kind of point of view that is very attractive to a lot of folks,’ Baier said.  ‘He said that President Barack Obama’s White House ‘is in a tough spot’ politically, because if they prosecute Snowden – as it appears they will – they risk upsetting vast portions of the electorate who is ‘touted as a hero.'”  Read on here. 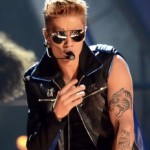 From Gossip Cop:  And Justin Bieber continues.  Gossip Cop writes on the latest, “Justin Bieber has been slapped with a lawsuit by a photographer who claims the singer ordered one of his bodyguards to rough him up during a dispute in Miami last Wednesday.  According to Jeffrey Binion, who says he’s a professional photographer and not a paparazzo, he was taking photos of Bieber outside The Hit Factory, a recording studio, when the music star allegedly directed bodyguard Hugo Hesny to steal his memory card.  ‘Justin Bieber is now an adult, and he should act like one.  He needs to learn that he cannot use bodyguards as weapons to harm innocent people.  Bieber’s violent behavior toward photographers must end, and he should take responsibility for his actions,’ attorney Russell S. Adler tells TMZ.”  Read on here. 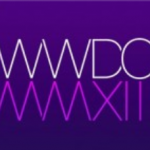 From Geekosystem:  What’s being revealed at the E3 Press Conference today?  Geekosystem reports, “In a charming revival of the Microsoft/Apple feuds of yore, though, Apple will be competing with the new Xbox for the eyes and ears of the tech world as Apple’s Developer Conference kicks off this morning. You can watch the WWDC keynote right here — and if you really want your mind blown, you can try listening to both at once. Be warned, though — that way danger lies.  What can you expect out of the WWDC this week? Well, Apple has been pretty consistent in saying that it’s big new hardware offerings are going to have to wait for the fall, which means those of you anxiously anticipating an Apple Watch probably have a few more months of anxious anticipation ahead of you, at least. Apple hasn’t released a new piece of hardware since the iPad mini and there’s not much cause to think they’ll break that streak at WWDC.”  Read the full article here. 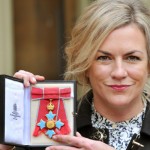 From Styleite:  Who’s replacing Krakoff of Coach after a 16-year tenure?  Writes Styleite, “Ever since Reed Krakoff announced that he would be leaving Coach after a 16-year tenure, there has been a lot of speculation about who would succeed him. Considering that Krakoff transformed the company into a $4.76 billion brand, he’s leaving some pretty big shoes to fill. This morning brings the announcement that Mulberry’s creative director of six years, Emma Hill, would be leaving her post due to disagreements with management over creative and operational strategy (via WWD), and we can’t help but think that the stars are aligning for Hill to take the reigns at Coach.”  Find the five reasons here. 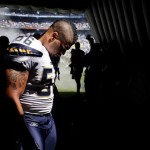 From SportsGrid:  Today, SportsGrid reports that Merriman took ‘Light’s Out’ nickname to heart with an overdose.  Writes the site: “Retired San Diego Chargers linebacker Shawne Merriman was reportedly rushed to a hospital on Sunday night after overdosing on an “unspecified combo of [alcohol and drugs]“, according to Andrew Blankstein of the Los Angeles Times. Merriman was partying at The Colony when he was taken to Cedars-Sinai Medical Center at 9:30 p.m. after reportedly coming close to passing out inside the club.But don’t worry, because this isn’t your typical celebrity athlete club overdose story. It gets better. A quick look at Merriman’s Twitter account shows him tweeting just over four hours later, complaining that he lost his sunglasses and ruined a shirt.”  Read on here. 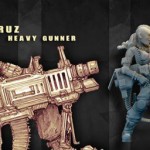 From The Mary Sue:  People must really want female warrior gaming miniatures.  The Mary Sue explains, “When French design studio Raging Heroes decided to crowdfund a line of highly detailed female gaming miniatures, they probably thought they’d meet their goal. $12,000 is a pretty modest amount to shoot for, after all, and they clearly put a lot of planning into the campaign. And hey, they know their figures look awesome.  They probably didn’t think they’d blow past their goal in 30 seconds, though. And yet that’s exactly what happened.  The line of miniatures is called “The Toughest Girls of the Galaxy,” and it consists of three all-female armies—Heroines, Troops, and Supports—fit for gaming, painting, or collecting. Over 150 individual figures are planned, including soldiers, military officers, and field medics.”  Read what happened here.

From The Jane Dough:  The final Games of Thrones Feminist Leaderboard…. until next season.  The Jane Dough‘s Colette McIntyre decides, “The Biggest Feminist This Week: While seeing Daenerys be lifted up by a whole city’s worth of people was incredible and definitely the uplifting image we needed after last week’s devastation, I have to call the finale in favor of Ygritte. Homegirl abandoned her tribe for her lover who in turn abandoned her and she wasn’t reduced to some puddle of weeping emotion. (..like me after last week’s episode.) (NO, I’M STILL NOT OVER IT.) Watching her shoot Jon Snow as he rode away was heartbreaking and righteous.”  Read on here. 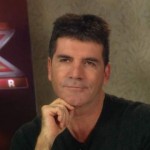 From The Braiser:  The Brits are meaner to their culinary chefs than Americans will ever be.  The Braiser explains, “Clive James sums it all up in this NYT column about literature, but it could really be about any topic: “America does polite literary criticism well enough…But America can’t do the bitchery of British book reviewing and literary commentary.’  For instance, behold this article from The Daily Mail comprised solely of unflattering photos of British chefs with comments about how fat and drunk they are. ‘In stark contrast to the immaculate Mary Berry and Delia Smith,’ they write, ‘these paunchy, badly dressed reprobates have been telling the nation what to eat for much of their adult lives — but do they practise what they preach?'”  Read on here.