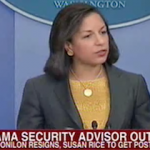 From Mediaite:  Tom Donilon, Obama’s National Security Adviser, is resigning and will be replaced by Susan Rice, UN Ambassador to Benghazi.  Rice was anticipated to take over as Secretary of State, in which Republicans had planned to block her nomination.  Rice is under speculation as it has been recalled how Rice had “misled” the nation.  Mediaite reports, “‘That will be interesting as it’s dissected over the day,’ Gretchen Carlson chimed in, ‘because a lot of people will think the resignation has interesting timing based on the fact people are asking, where has Tom Donilon been through a lot of these situations that have been going on, specifically Benghazi.'”  Read on here. 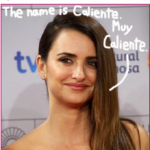 From Gossip Cop:  Perez Hilton announces the Penelope Cruz will be the next Bond girl.  Gossip Cop reports, “The blogger claims Cruz ‘will play opposite Daniel Craig in the 24th official James Bond film,’ and will be ‘the oldest femme ever to get fatale with the super spy!’  Perez quotes a supposed ‘insider’ as saying, ‘She’ll be a great Bond girl. Bond girls are always brainy as well as sexy, and that’s totally Penelope.’  Totally.  The blogger goes on to wonder, ‘The real question is whether Penelope’s character will have anything to do with hubby Javier Barden’s villainous Silva from Skyfall.'”  The consensus: Rumor.  Read on here. 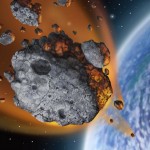 From Geekosystem:  Are we really the only ones out there?  A new study shows that life on Earth started with the introduction of reactive phosphorous.  Explains Geekosystem, “it turns out that a meteorite that struck the Earth billions of years ago is what’s responsible for all life on our planet. At least that’s the latest theory from University of South Florida Assistant Professor of Geology Matthew Pasek.  Pasek and his team believe reactive phosphorous — a crucial ingredient for early life — came to Earth in the form of meteorites. They found evidence of phosphorus in limestone from the Archean eon. They believe that as meteorites bombarded the Earth during the Archean and Hadean eons, the reactive phosphorous was released into water from minerals in the meteorites.”  Read on here. 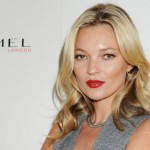 From Styleite:  Only Kate Moss would handle a prank phone call so casually.  When Nick Grimshaw’s Radio 1’s Keith Lemon gave Moss a ring this morning during his Call or Delete bit.  Reports Styleite, “After a quick catch up between her and Grimmy (as she likes to call him), the radio host casually asked if she could return his High School Musical DVD. ‘Oh god, I don’t know. Do I have it?’ she asked, unaware of the jest. As the exchange continued, she found his request all the more comical, calling him a ‘weirdo’ and even letting out a fit of laughter. Unsurprisingly, even her cackle is chic.  The call mysteriously ended when Lemon jumped on the line and suggested that Moss style him instead of her British hairstylist Gok Wan. Did she hang up? Quite possibly, but she then texted Grimmy saying,’Hahaha… You b******!'”  Read on here. 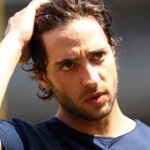 From SportsGrid:  Is the MLB really looking to suspend over 17 players?  SportsGrid reports, “The biggest PED suspension in MLB history may be upon us — it’s the Drugocalypse! So Joe Bisceglie of Dog And Pony Show tweeted back in March that a big MLB PED suspension purge might be coming involving some big names. He called it the bombshell before the bombshell, and now apparently here it is. As many as 20 players connected to a Miami-area Biogenesis clinic will possibly be suspended by the league for PED use.”  Read on here. 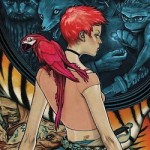 From The Mary Sue:  Fables has long been overdue for a television or film premiere.  The Mary Sue‘s Susana Polo writes, “Bill Willingham‘s Fables, published from DC Comics’ Vertigo imprint, has long been a series that seems ripe for a television adaptation. Both NBC and ABC have had a Fables television show in development at some point, with ABC later going on to create Once Upon a Time, a series that’s also about characters of fairy tales exiled and living in the real world. But it’s been a while since there was any movement on the Fables television front, and now we may know why.  Some folks behind the Harry Potter movies have announced that they’re pushing a theatrical film version of the comics to Hollywood.”  Read on here. 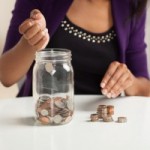 From The Jane Dough:  Remember in Confessions of A Shopaholic when Isla Fisher was giving financial advice when she of all people needed it?  Meet a real life financial adviser who found herself in $50,000 of debt.  The Jane Dough tells Tahnya Kristina’s story: “When I was 25, I graduated from Concordia University in Montreal, Canada. I had a full-time job working as a financial advisor at a bank and within just four years I found myself over $50,000 in debt. I couldn’t talk about my debt with my co-workers and family because I was ashamed that—especially given my career choice—I couldn’t manage my money responsibly.  When you are working with money and giving financial advice to clients, it is expected that the financial advisor has a better-than-average financial situation. No one wants to take financial advice from someone who can’t even manage her own money—so I kept my debt a secret.”  Read on here. 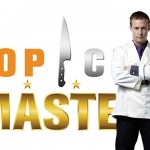 From The Braiser:  The cast of season five of Top Chef Masters has been released.  The Braiser reports, “David Burke, Douglas Keane, Sue Zemanick, Richard Sandoval, Franklin Becker, Lynn Crawford, Odette Fada, Neal Fraser, Jennifer Jasinski, Jenn Louis, Herbert Wilson, and Sang Yoon are also slated to compete this season. Like Voltaggio (sort of), this is the second time that Burke and Zemanick are competing on the show. As a bonus for viewers (but as an added pain for the chefs), Hugh Acheson will host an online competition called Battle of the Sous Chefs, which is sort of like a Last Chance Kitchen that makes the Masters’ sous chefs accountable for their successes and failures.”  Read on here.