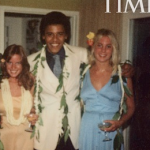 From Mediaite: Time magazine has forced us to take a break from all the serious politics, and instead look back at President Obama’s prom as thousands of teenagers across the nation prepare for theirs. Mediaite reports, “In the midst of cries of doom and gloom for the Obama administration, Time magazine brought us a tidbit that is decidedly unserious: President Obama‘s prom photo from 1979 in Hawaii. Obtained from his schoolmate Kelli Allman, the photo shows the president at age 17 alongside his friend and their dates. Obama was sporting a white suit jacket, while his date Megan Hughes is on the right in the light blue dress. They’re joined by his friend (“constant companion”) Greg Orme and his date, Allman.” See their prom photo, as well as what they wrote to each other in their yearbooks, here. 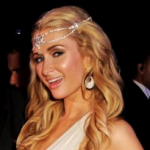 From Gossip Cop: Looking for a new summer jam? Maybe it will come from Paris Hilton, who is returning to music. Writes Gossip Cop, “The heiress has signed a deal with Cash Money Records, the company best known for music by Lil Wayne, Nicki Minaj, and Drake, among others. Co-founder and rapper Birdman welcomed Hilton to the fold on Twitter on Wednesday, writing, ‘Welcome @ParisHilton to tha Family. RichgangRichgirl. YMCMB.’ The socialite replied, ‘Thanks BO$$! Happy to be apart of the family. #PH❤YMCMB.’ Hilton also shared a song she recorded last fall, noting, ‘Love this song I recorded with @LilTunechi. Love Lil Wayne, he is so amazing! Can’t wait for our new song! #I❤YMCMB.’ Hilton’s one and only album, Paris, was released in 2006, and featured the single ‘Stars Are Blind.'” Hear her new tracks here. 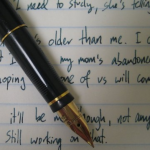 From Geekosystem: Fan fiction is getting a new platform. Geekosystem reports, “Fan fiction is something that I never understood. Why put all the effort into writing something that you can never have published because you don’t own the rights? That’s not a problem anymore. Amazon just announced Kindle Worlds — a publishing platform that lets anyone publish content set in licensed worlds. I’m going to write so much Pretty Little Liars fan fiction. There is no shortage of fan fiction on the Internet, but until now there’s been no way to monetize it because of copyright and intellectual property laws. Kindle Worlds is genius because it lets fans play in their favorite fictional universe and actually get rewarded for their efforts, but it also pays the people who created that universe in the first place.” Read the full story here.

From Styleite: Which fashionable women are the most powerful? Styleite and Forbes have the answer: “What do Beyoncé and Miuccia Prada and have in common? Aside from being a couple of our favorite ladies, they’re both on the 2013 edition of the Forbes World’s Most Powerful Women list. The coterie of celebrated figures includes CEOS, politicians, philanthropists, and of course, celebrities. After last year’s lack of fashion representation, we’re happy to see many industry favorites make the list, including Diane von Furstenberg (number 74), Tory Burch (69), Zara founder Rosalia Mera (66), and Gisele Bündchen (95). We weren’t surprised to find that Germany’s Chancellor Angela Merkel is Forbes’ number one gal — marking her seventh time at the top spot.” Read more about the list here. 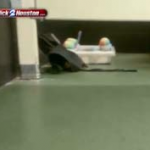 From SportsGrid: The Astros just can’t win, on or off the field. SportsGrid reports on the latest: “It’s the sixth inning at Houston’s Minute Maid Park, and you could really go for a refreshing treat. Hey, where’s the snow cone guy? Oh well, I’m sure he’ll be along in a minute, after he’s finished doing whatever he’s doing. The Astros have a new president, and I’m sure he was delighted to see this video plastered all over the local NBC affiliate on Wednesday night. Dude selling snow cones decides he needs to take a dump, and so why not bring the tray right into the restroom with him? If he leaves them outside, they could get tampered with. Gotta protect the customers… The great thing about this is that a fan pulled out his cell phone and took a video of the very unsanitary move. Then, after making sure to get a closeup of the Astros logo on a trash can, he seeks out an employee and complains.” Read on, including a statement from the Astros, here. 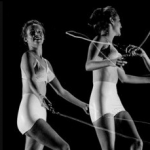 From The Mary Sue: There’s going to be a new movie about women who changed history. The Mary Sue’s Rebecca Pahle writes, “Warner Bros., are you telling me that you are making a movie that is A) about history, B) aboutspace, and C) about an underdog group of bra designers and seamstresses? I’m on board. Newbie screenwriter Richard Cordiner has been hired to adapt Spacesuit, a book by Nicholas de Monchaux about the creation of the iconic NASA spacesuit that let Neil Armstrong and Buzz Aldrin set foot on the moon without, y’know, dying. NASA originally looked to military contractors to create the suit, but none of those worked, so they let underwear company Playtex take a crack at it… And now those seamstresses, along with Playtex designers—among them a former TV repairman and a car mechanic—are getting a movie.” Read on here. 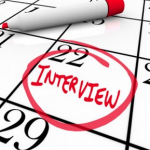 From The Jane Dough: Are you constantly changing jobs, or hoping to settle into a company long-term? The Jane Dough investigates the pros and cons of each: “These days, job hopping is practically a way of life. Gone is the idea of spending four decades at one company, ultimately retiring with a gold watch and a pension plan. According to the Bureau of Labor Statistics,  the median number of years workers stay at a given job is only 4.6, which allows them to rack up as many as 10 gigs in a lifetime. The problem: Many employers still see job hopping as a deal breaker. Nearly 40% of recruiters and hiring managers say that a history of hopping is the single biggest obstacle for job-seekers, according to a recent survey conducted by recruiting software company Bullhorn. We found four serial job hoppers who were willing to dish about their adventures in the labor market.” Read what they had to say here. 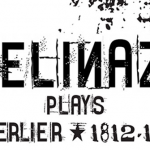 From The Braiser: There’s going to be a major culinary jam session in Belgium, writes The Braiser, “Imagine if all the best avant-garde chefs in the world gathered in one place — Ghent, Belgium, to be exact. Imagine if they had one, singular mandate: to cook their own versions of a classic dish. If such an event took place, it would be like that time The Beatles jammed with Elvis, it’d be that big of a deal. We’re sure that you dreamt about this at some point in your culinary fever dreams, but this time, it’s real. Gelinaz!, dubbed by its founders, a collective called The Flemish Foodies, to be “the biggest culinary event since Cook It Raw.” They have assembled a massively massive, frighteningly prestigious group of international chefs to pay homage to chef Philippe Edouard Cauderlier, considered by many to be the father of modern Belgian cooking.” Read more about it here.