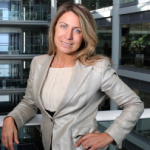 From Mediaite: There’s a new President on NBC News. Mediaite reports, “NBC News has announced this morning that Deborah Turness, former editor of ITV News, has been officially named President of NBC News. Turness replaces former president Steve Capus for the position overseeing all aspects of the NBC News division, including the Nightly News,Today Show, Meet the Press, and Dateline. Her position also oversees all breaking and investigative news for the network. She will begin her role on August 5, reporting directly to Patricia Fili-Krushel, the Chairman of NBCUniversal News Group… As president of NBC News, she will be the first female president of an American news division.” Read on here. 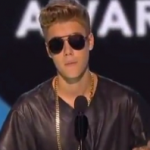 From Gossip Cop: The Billboard Music Awards were last night, and Justin Bieber didn’t have the greatest night even though he won. Gossip Cop writes, “Justin Bieber was seemingly booed as he asked to be ‘taken seriously’ while accepting the Milestone Award at the Billboard Music Awards on Sunday. ‘I’m 19 years old. I think I’m doing a pretty good job,’ began The Biebs, before taking his critics to task for dwelling on other aspects of his life. He said, ‘From my heart, I really just want to say, it should really be about the music, it should be about the craft that I’m making.’ …During those remarks, it sounded as though some in the crowd were booing the performer, although it’s difficult to tell from the video exactly what was happening in the room.” Watch the video to decide here. 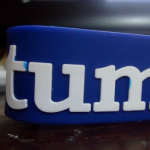 From Geekosystem: Yahoo has bought Tumblr. What will happen now? Geekosystem reports, “The news broke yesterday that Yahoo will pay $1.1 billion for the Internet’s foremost source for cat GIFs and teenage poetry, Tumblr. Not everyone is taking the news well, but Yahoo CEO Marissa Mayer has stated that she promises ‘not to screw it up.’ Then she outlined a plan to feature more ads on Tumblr. That sounds a lot like screwing up Tumblr. When we reported that the deal to purchase Tumblr was approved by the Yahoo board, we were also curious about what exactly Yahoo would do with the service. According to a post on Mayer’s Tumblr, the plan is to let the service continue operating independently with David Karp remaining on as CEO.” Read more here. 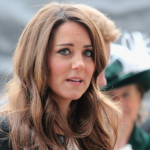 From Styleite: Kate Middleton continues to shine, despite constant paparazzi attention. Styleite reports on the latest, “Windy days sure are tricky when you’re one of the most photographed women in the world, as Kate Middleton found out the hard way recently. Getting caught by a gust of wind at a wedding in Oxfordshire last week, her polka dotted Topshop dress was blown up by the breeze. The Duchess was attending the nuptials of Rosie Ruck Keene and William van Cutsem, whose niece we all know as the tiny, pouting flower girl from the royal wedding, when the blustery day got the better of her minidress — as it has before on more than one occasion. Naturally, paparazzi were there to capture the malfunction, although Kate avoided any serious embarrassment with a quick save of the hand.” Read the story here. 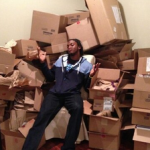 From SportsGrid: RGIII and his fiancee have some ridiculous requests on their wedding registry, and they’re being met. SportsGrid reports, “The rich keep getting richer, if you define ‘rich’ as having multiple tools to chop specific vegetables (like this Progressive Deluxe Potato Cutter which the couple are asking for). Why someone making millions of dollars would ever shop at Bed, Bath & Beyond, let alone make a wedding gift registry there, is anyone’s guess. Not surprisingly, RG3 and his fiancé Rebecca Liddicoat were showered in ‘gifts’ from fans buying stuff off their extensive list. Why? Because people love sports and are insane. We’re happy for the guy. Not because he’s getting married, but because he now has a beautiful set of four-piece serving trays, beaded elegance oil rubbed bronze napkin rings, and aCalphalon Contemporary Non-Stick panini press.” See all the items here. 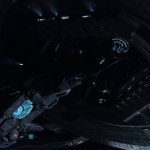 From The Mary Sue: Star Trek Into Darkness has been released, and today, The Mary Sue’s Zoe Chevat reviews the film: “Into Darkness, that colon-less second installment of New Trek kicking off the summer season is a lot of things, including plentifully humorous, bombastic, well-designed, and confused about its purpose. Like the villain that menaced us from all those teaser posters, Into Darkness makes us wonder what, ultimately, it’s up to. Identity is a key factor to wonder about as, two movies in, even casual Trekkie patience is worn thin by a stream of visual and idealistic incursions that belong to other films. Make no mistake; Into Darkness is a good popcorn-crunching experience, swift on its feet and full of action and jokes. It’s just not, like its predecessor, much of a Star Trek film.” Read on (spoiler alert!) here. 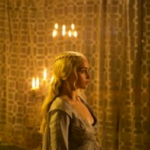 From The Jane Dough: Another night of Game of Thrones. Which woman on the show won the episode? The Jane Dough asks. Was it  Daenerys? Writes the site, “Watching Daenerys talk military shop with all the ol’ boys — strategizing, planning, being all stern and stony-faced — nearly makes up for all the threats of sexual assault that she has to endure a few scenes later.” Or was it Melisandre? “Melisandre is one of the coolest cucumbers in the game. She has slaughtered her fair share of lambs and none have seen the blade. While Melisandre’s plans may run counter to my dreams of an Arya-Gendry wedding, I know a smooth operator when I see one. (And I’ve only seen one before: Sade.)” Find out here. 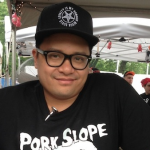 From The Braiser: In the world of food, GoogaMooga was this weekend, and Braiser reports on the happenings: “Another year, another Great GoogaMooga fiasco that’s leaving food lovers less than full come Monday. After last year’s now infamous event received widespread criticism for poor organization (long lines, not enough water, major destruction to the park), the event’s producers — Superfly Presents, which also puts on Bonnaroo every year — heeded the internet’s cries and made a whole host of improvements. The layout in the park was more convenient, entrances had easier access from public transportation, they even added cell towers in hopes that connectivity would be better (it wasn’t, but props for trying). Then the rain came, and in an effort to protect the park’s delicate ecosystem, the New York City Parks Department and the Prospect Park Alliance canceled the festival’s third day.” Read on here.