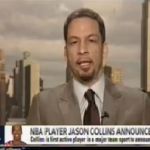 From Mediaite:  Yesterday saw a historic moment for the world of sports: the first male athlete in a major sport coming out. But inevitably, media coverage of the event went viral. Mediaite reports on what was perhaps the most controversial: Not everyone is celebrating the coming-out of the NBA’s first NB-Gay, which sort of validates Jason Collins‘ decision to lead professional sports into the 21st century. On Monday’s Outside The Lines, ESPN reporter Chris Broussard opined that Collins was ‘walking in open rebellion to God and to Jesus Christ,’ and therefore ‘would not characterize that person as a Christian.’ Broussard later tweeted a clarification, in which he said Collins ‘displayed bravery,’ and generously allowed that Collins should be allowed to remain in the NBA, but was silent on the issue of eternal damnation.” Read the full story here. 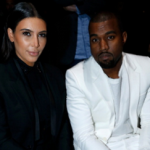 From Gossip Cop: Baby Kimye is yet to be born, but is apparently already doing good things for the world. Reports Gossip Cop, “Kim Kardashian and Kanye West recently asked friends and family not to give them any baby gifts, and instead to donate money to the Ann & Robert H. Lurie Children’s Hospital in Chicago. And it’s already benefitting the medical center. In a statement released on Tuesday, the hospital said that it ‘would like to extend its sincerest gratitude to Kim Kardashian and Kanye West for their thoughtfulness and support of the hospital,’ and noted, ‘Funds donated on behalf of Kardashian and West will be directed to the Neonatal Intensive Care Unit Fund which will help care for the most critically ill babies and their families.’ ‘We wish them all the best in the upcoming arrival of their baby,’ added the statement. Kardashian is due this summer.” Read the story here. 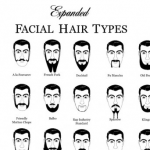 From Geekosystem: An important new scientific study today: confirmation that beards are sexy. Geekosystem’s Ian Chant explains: “A new study from the University of South Wales confirms what plenty of us have known for years — everything is better with a beard. At least, ladies seem to think so, as the study showed that women see bearded men as more attractive partners in both the short and long term.  In the interest of full disclosure, it should be noted that Geekosystem is operated entirely by a staff of bearded gentlemen, and this intrepid reporter in particular hasn’t had a clean shave since college, because that would constitute a senseless act of violence against my face’s best buddy — my beard.” Read more of what he has to say here. 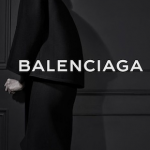 From Styleite: There’s a new Balenciaga ad, reports Styleite: “Usually when a brand springs for a major face to front their campaign, you expect to see, well, a face. But not so in the first image that’s been released from Alexander Wang’s debut Balenciaga campaign, which features a legendary model clad in black and facing away from the camera, peeking out a barely-cracked door. The model in question is Kristen McMenamy, and the photographer she’s turning her back to isSteven Klein, a change from Nicolas Ghesquière’s go-to lensmen in years past, Steven Meisel and David Sims. Wang told WWD that the aim was to present a ‘very cinematic portrayal’ of his well-received first collection for the house, ‘with lots of emotion, in contrast to the austerity bestowed in the show.'” See the ad and read more here. 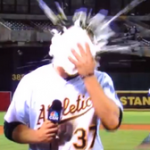 From SportsGrid: A big game last night in baseball, as the A’s and the Angel’s played nineteen innings and over six hours of the game. And then, it ended in greatness. Writes SportsGrid: “The Los Angeles Angels played six and a half hours of baseball against the Oakland Athletics last night/this morning. The A’s won on a walk off home run by first baseman Brandon Moss. It ended at 4:41 ET (though it was in LA), and Moss was tired and probably delusional. During a postgame interview, he pied himself. (That’s not a typo — he stuffed a pie in his own face, he didn’t pee himself, though maybe he did that too. We can’t be certain.) Then, he was pied by a teammate, the standard celebration. And then he got a nice, blue Gatorade bath. New studies say that sugar puts you right to sleep.” Watch video of that all happening here. 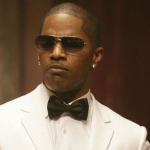 From The Mary Sue: There’s a remake of Annie headed to theaters, but who will play Daddy Warbucks? The Mary Sue reports on the latest rumors, writing: “Jamie Foxx, soon to be seen as the villain Electro in The Amazing Spider-Man sequel, may be living the in the lap of  luxury in his next role. Sources are saying he’s in talks to play Daddy Warbucks to Quvenzhané Wallis‘ Annie but Daddy Warbucks isn’t the name they’re planning to use for this remake…  The Hollywood Reporter says Foxx is in talks to star opposite Wallis in the Will Smith and Jay-Z produced film. But for those of us familiar with the comic strip, stage production, or the 1982 film starring Aileen Quinn, you might be surprised by a character name change. ‘Foxx would play a character named Benjamin Stacks, a variation of the Daddy Warbucks personage, who takes in the spunky orphan girl being played by Wallis.'” Read on here. 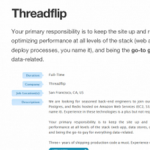 From The Jane Dough: Why aren’t more women in tech? Among the many answers to that question could be pronouns, writes The Jane Dough: “The paucity of women in STEM fields is well-documented. Everything from innate characteristics of the female brain to middle school gender biases have been given as reasons for the underrepresentation of ladies in science, technology, engineering, and math jobs; a Tumblr called ‘Tech  Companies That Only Hire Men’ has another: the STEM job ads themselves. The Tumblr shares STEM job postings that (hopefully) inadvertently slip in male pronouns when referring to the desired employee. ‘He’s, ‘Him’s, and ‘His’s abound, reminding female prospective candidates that they are defying gender expectations just by applying to a position in a ‘male’ field.” Read more about it here. 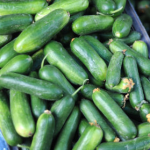 From The Braiser: ‘Tis the season. For salmonella. Reports The Braiser, “A Salmonella outbreak that sickened over 70 people is being traced back to cucumbers imported from Mexico and distributed to several groceries and restaurants by Tricar Sales of Arizona, according to The Huffington Post reports. Spreading through 18 states, the infection has reportedly hit 73 people since January. While there have been no deaths confirmed, The Centers for Disease Control says 27 percent of those affected were hospitalized. Quick, everyone start your own backyard cuke farm. Save yourselves! This news comes only a few days after it was reported that the FDA will be conducting 18 percent fewer food inspections this year due to a loss in funding.” Read the story here.