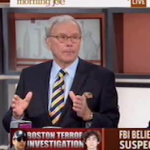 From Mediaite:  Among the many topics the media has focused on post-Boston bombings, religion and terrorism have come to the forefront. Mediaite writes on this phenomenon: “Since the Boston bombing, much of cable news quite naturally has taken to discussing various issues surrounding terrorism and radicalization. Morning Joe on Wednesday was no exception. Joined by The Daily Beast’s Tina Brown, the panel also took a look at media portrayal — stressing that we can’t ‘demonize’ all of Islam when we talk about radicals. ‘The whole family was becoming radicalized, and perhaps by their inability to fit in this culture,’ Brown remarked, speaking about ‘home-grown’ terrorism and the Tsarnaev family.” Read the full story here. 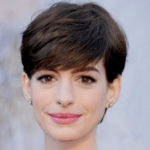 From Gossip Cop: Is Anne Hathaway heading to Broadway following her success in Les Mis? Gossip Cop reports on the rumor: “‘Anne Hathaway to hit Broadway as Sally Bowles in her first role since winning her Oscar,’ reads the headline of a story in the Daily Mail, which was picked up by a slew of outlets that didn’t even bother to fact-check it. According to the British tabloid, Oscar winner Hathaway ‘will hit the Great White Way in September, starring alongside Alan Cummingin the legendary musical – in the role first made famous by Liza Minelli.’ The piece goes on to recount how Hathaway sang songs from the musical last October at Joe’s Pub in New York. But despite the breathless tale, the Daily Mail is 100 PERCENT WRONG. Hathaway’s rep says the claim is entirely ‘made up.'” Read the piece here. 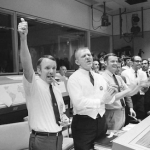 From Geekosystem: What if the writers of Mad Men wrote a show about NASA in the 1960s? It could happen, wrtites Geekosystem: “The Golden Age of space exploration could get a lot sexier if the minds behind Mad Men have anything to say about it. Reports surfaced this week that writers from the acclaimed AMC drama are scouting locations along Florida’s Space Coast for a show centered around NASA during the 1960s, the glory days of the Apollo program. The show is just a pitch right now, but I for one am holding out hope that it turns into reality. Though I’ve let my viewing languish and am thus a couple of seasons behind, I really dug Mad Men,and thus totally dig the idea of Mad Men in Space, because “X in space > X.” (For example, Star Wars > The Hidden Fortress).” Read on here. 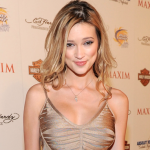 From Styleite: One former Victoria’s Secret model now leads a very different life, Styleite reports: “While a packed schedule may have been the real reason Miranda Kerr finally doffed her wings this year, another former Victoria’s Secret Angel had a very different reason for severing ties with the brand: her Christianity. Kylie Bisutti won a contest run by the lingerie behemoth in 2009, walking the fashion show alongside Kerr and the other Angels, posing for magazines and catalogues, and touring the country to promote the brand. Last year, however, she made headlines when she decided to quit the profession altogether, citing dedication to her husband, her faith, and her realization that she didn’t want to use her body to promote sex.” Read all about her here. 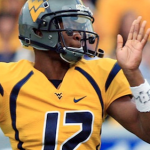 From SportsGrid: The NFL draft quickly approaches, creating excitement for both football fans and fantasy football players. Today, Sarah Bojanski breaks down all the top prospects. Of quarterback Geno Smith from West Virginia, she writes: “While there is some debate about who the best quarterback in the draft is, the common consensus is that there this isn’t a QB-rich draft. Smith will likely be the first QB off the board (unless Buffalo grabs Ryan Nassib first). His accuracy has improved and he stays in the pocket to try to make the throw. He does, according to reports, need to work on his footwork, but that is something that can come with time. Projection: late first round, possibly the New York Jets or the Philadelphia Eagles.” Read more of her predictions here. 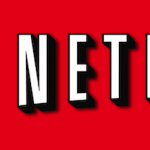 From The Mary Sue: Been using a family member’s Netflix account? Netflix sees you, and is planning accordingly, reports The Mary Sue: “As far as allowing you freedom to watch, Netflix is pretty good about things. You can register up to six devices to an account at one time, and stream simultaneously to two. It’s also pretty cool about passwords and log ons. No digging into your cable provider’s website to find your registration info, or worse, calling your friend with HBO and instructing them on how to find that info on their cable provider’s website. And so Netflix knows that somewhere around 10 million of its subscribers are getting the service for free, by logging in under the accounts of friends or family, but rather than cracking down on those folks, they’re offering another option. The newly announced Netflix Family Plan costs 50% more than usual (i.e., $11.99), but allows streaming on up to four devices simultaneously.” Read the story here. 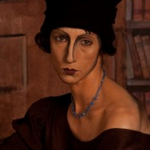 From The Jane Dough: Today, the site takes a look at one awesome female photographer. Writes Colette McIntyre, “For over three decades, photographer Amy Arbus has been changing how we look at the world. In her pioneering Street Fashion column for the Village Voice, she captured an era, immortalizing the stylemavens and sartorially savvy denizens — like an undiscovered Madonna — of 1980s New York. Daughter of legendary photographers Diane Arbus and Allan Arbus, Amy has published four books, including the award-winning On the Street 1980-1990 and The Inconvenience of Being Born, and has had twenty-two solo exhibitions worldwide. In celebration of her latest series ‘After Images,’ in which she staged iconic portraits by painters like Picasso and Modigliani, we sat down with Arbus to discuss how she got her start.” Read their interview with her here. 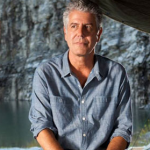 From The Braiser: Anthony Bourdain may have a new show on a new channel, but he’s still at the top of his game. The Braiser reports, “If swearing, boobs, and prolapsed buttholes are, as a Fox News contributor put it yesterday, a crass and desperate attempt at improving cable news ratings, it worked real good. CNN just released the latest data on Anthony Bourdain’s new show Parts Unknown, showing that the Koreatown episode brought in a 30% increase in viewership from its premiere week — and twice the number of viewers than its time-slot competition on Fox andMSNBC. (Sorry, Fox.) The best part of CNN’s press release, though, was the data on the various ways Parts Unknown beat the pants off of Bourdain’s old show, No Reservations: ‘On social media, the premiere received 9,000 social mentions, up from last year’s 2,000 mentions for the No Reservations premiere on the Travel Channel.'” Read on here.