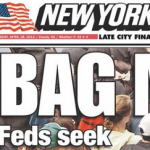 From Mediaite: Following Monday’s events in Boston, the media is in a rush to identify whoever committed the crimes. In turn, there have been more than a few errors. Mediaite reports on the latest, “The New York Post has again distinguished itself in its coverage of the Boston Marathon investigation, this time misidentifying the two suspects authorities kinda-sorta maybe have in mind. Over a photo from the marathon, the Post screams ‘BAG MEN: Feds seek these two pictured at Boston Marathon.’ In the photo, two men, one with a white cap and a backpack, are shown conversing while dark-skinned… Alas, the two are extremely unlikely to be the suspects the feds are after. Reddit found one of the men pictured on Facebook, and he turned out to be a student at Revere High School, fond of posting pictures of himself preparing for track meets, or about to run a marathon.” Read on here. 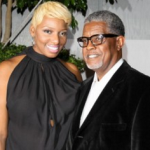 From Gossip Cop: There’s more NeNe in our future. Gossip Cop writes, “NeNe Leakes is getting married — and getting a spin-off. ‘I Dream of NeNe: The Wedding,’ a series about “The Real Housewives of Atlanta” star’s upcoming nuptials to once and future husband Gregg, will air next fall on Bravo.The news was announced on Thursday. According to the press announcement, ‘The stars have aligned and the Leakes are ready to tie the knot once again in an extravagant wedding fit for a larger-than-life personality like NeNe.’ Each episode will follow Leakes as she plans ‘the wedding of a lifetime’ with help from celebrity wedding planner Tiffany Cook. Bravo says Leakes’ bridal party will ‘surely bring a fair share of drama and fabulousness to the classy affair.'” Read all about it here. 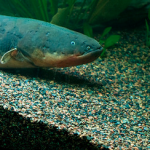 From Geekosystem: Did you ever expect eels to cause you commute delays in NYC? Neither did Geekosystem’s Ian Chant: “Between traffic, crowds, and inane drive-time DJs, you might think nothing could make your commute worse. Think again. According to an officer of the New York subway system, a planned train line extension in the city could be plagued by an unexpected menace — electric eels. Just how the eels would get to New York from their mostly tropical homes remains a mystery, but as someone who rides the New York subway every day, I can confirm that it wouldn’t really surprise anyone. In an interview with DNAinfo, Metropolitan Transit Authority (MTA) board member Charles Moerdler expressed concern that metal pipes being used in the extension of the subway’s 7 line could be damaged by eels slithering in from the Hudson River and discharging electric shocks nearby.” Read more here. 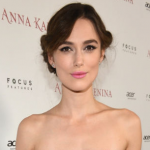 From Styleite: Is this a wedding nightmare? Styleite writes, “Pam Hogg is known more for her skin-baring catsuits and nude runway shows than showstopping gowns and dream-worthy frocks. But in an interview with the Daily Mail, the British designer might says be making an exception to create Keira Knightley’s wedding gown. Someone wake us up from this nightmare. Hogg designed a sheer gown with very strategically placed panels for Lady Mary Charteris last year, and told the paper last week: ‘After the service everyone wanted me to do their wedding dress and they all came up to me and said they loved it. Keira was on the dancefloor and she was like, ‘Wow, that is the best dress’ …No offense to Hogg, but was Knightley drunk when she said that? There is no way the actress, who often wears fancy Chanel ensembles, would wear one of Hogg’s sheer get-ups, right? Right??” Read more here. 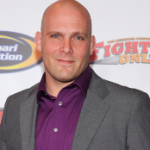 From SportsGrid: Bad news for a MMA legend, writes SportsGrid: “MMA referee Josh Rosenthal is something of a legend in the MMA game, if someone who ‘referees’ people beating the sh*t out of each other can become a legend. He’s well-known in those circles, at least. But he probably won’t see the ring for, oh, about 37 months after pleading guilty to “to conspiracy to manufacture and distribute marijuana and possession with intent to distribute.” The evidence: 1,356 pot plants. Yeah, that plea sounds accurate. A warehouse owned by Rosenthal and an associate was raided by federal officials last year. That’s when the 1,356 pot plants were discovered.” Read the full story here. 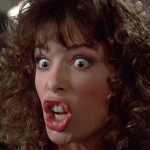 From The Mary Sue: Weird Science is about to get weirder. The Mary Sue explains, “Yup, John Hughes’ Weird Science is the next classic 80s film to get the remake treatment. The 1985 film starred Anthony Michael Hall, Kelly LeBrock, Ilan Mitchell-Smith, Bill Paxton and yes, a young Robert Downey Jr., and centered on two “nerds” creating what they hope will be the perfect woman on their computer. With some help from a government system and a bolt of lighting, out pops LeBrock. She turns out to have some super-human abilities and attempts to make the pair cool instead of, you know, being their sex toy. Madness ensues. ‘The film will be produced by Joel Silver, who made the original with Hughes at Universal. Michael Bacall will write the script. He scripted the sleeper hit Project X for Silver Pictures and wrote the script for 21 Jump Street, another 80s-centric property that became a hit for Channing Tatum and Jonah Hill,’ writes Deadline.” Read on here. 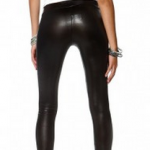 From The Jane Dough: Are leggings nearing their end? The Jane Dough investigates, “It has been a really tough month for leggings. First Lululemon recalls it’s see -through yoga pants which turned into a huge company strategy failure. Then they were banned from thisCalifornia junior high school because they are “too distracting.” And now workout guru and Gwyneth Paltrow BFF and heterosexual life partner is getting major backlash for launching a line of leggings that aren’t, well, very cool looking. They are too colorful and busy. Could it be that America is done with leggings? Will we go back to the time when they were just worn as long underwear and for jazzercize? Can it be?” Read more here. 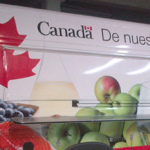 From The Braiser: Canada has made an interesting move in culinary diplomacy, writes The Braiser: “We appreciate how hard Canada tries to do things; truly, we do.  We know that internationally, everyone’s all, “O Canada! Why you lookin’ so plaid today? Let’s put maple syrup on a log and eat it with a woodchuck! What a hearty breakfast.” No wonder they have hangups about their prominence in the international food world. But Canada has a rich culinary tradition, far beyond poutine! Which is why we applaud the Canadian Government’s latest initiative to change everyone’s mind about Canadian cuisine: sending a food truck to Mexico and serving them poutine.” Read all about it here.