From Mediaite: Did Ann Coulter’s joke about Meghan McCain go too far? Mediaite reports, “In her latest syndicated column, conservative author Ann Coulter joked about murdering Sen.John McCain‘s daughter Meghan, launching herself into yet another war of words with the senatorial daughter and her mother. ‘MSNBC’s Martin Bashir suggested that Republican senators need to have a member of their families killed for them to support the Democrats’ gun proposals. (Let’s start with Meghan McCain!),’ she wrote in a column entitled ‘Liberals Go Crazy For The Mentally Ill.’ Once McCain caught wind of the column, she expressed her disgust with Coulter.” Read on here. 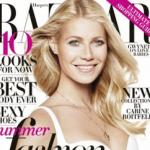 From Gossip Cop: Gwyneth Paltrow, always full of advice, covers the May issue of Harper’s Bazaar.Gossip Cop reports that in the issue, she opens up “about her marriage to Chris Martin, dealing with haters and getting Botox,” continuing “On her 10-year marriage to Martin, the movie star shares, ‘We are growing into very similar people. It’s cool, it’s good. It’s not always easy, though!’ Paltrow tells the mag she uses good friend Jay-Z as a model on how to cope with criticism. The actress says, ‘I don’t hold on to fear as much as I used to, because I’ve learned a lot about genuinely not caring what strangers think about me.’ Paltrow offers, ‘It’s very liberating.” Read more of what she had to say here. 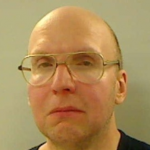 From Geekosystem: Strange crime news from Geekosystem today: “Christopher Knight isn’t exactly a people person. The 47-year-old Maine man has lived as a hermit in the woods of Maine for nearly 30 years, becoming a sort of local legend. Mr. Knight’s latest interaction with other humans isn’t likely to get him on board with the idea, either, as he was arrested last week while trying to steal food from a youth camp not far from the humble hovel he calls home. Authorities say it’s likely not Knight’s first felonious forage, and they suspect him in more than 1,000 burglaries over the years. After arresting Mr. Knight, who according to reports was in excellent physical condition and very intelligent, police also found his campsite in the woods, where he’s been living for nearly three decades off the fat of the land.” Read the full story here. 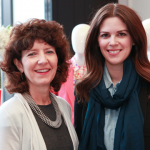 From Styleite: On Tuesday, Styleite got to speak with Leslie Fremar, the woman who the Hollywood Reporter recently named “Hollywood’s Most Powerful Stylist” for her work with celebrity clientele like Charlize Theron, Julianne Moore, and Reese Witherspoon. Writes the site, “We weren’t just there to chat red carpets, though. Instead, we were sitting down to hear Fremar lead a discussion with Dr. Hazel Clark, the Research Chair of Fashion at Parsons, about the link between fashion and self expression, which they explored through a study conducted with T.J. Maxx. What they found was empowering — literally. 87 percent of the thousand women they surveyed said they don’t feel controlled by fashion, but rather feel like they control it as a tool of self expression.” Read more about the study here. 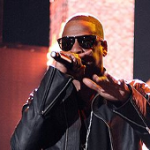 From SportsGrid: One of the biggest names in sports headlines the past few days hasn’t been an athlete, but instead Jay-Z. Today, SportsGrid reports that he’s released a new track to address all the rumors: “Jay-Z dropped a new track! Let’s take a listen to that hot fire. ‘Open Letter,’ huh? I wonder who it’s to? Well, it sounds like someone in the Nets organization. Or maybe Nets fans in general? The Atlantic Yards developers? Brooklyn as a whole? It’s hard to tell. The Brooklyn rapper touches on a lot of blowback he’s received lately, from his Cuba trip to selling off his Nets’ shares. Speaking of which, here’s the choicest line in the song: ‘Would have brought the Nets to Brooklyn for free, except I made millions off of you f-cking dweeb[s?]; I still own the building, I’m still keeping my seats.'” Read on here. 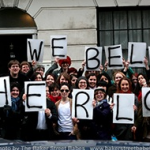 From The Mary Sue: Sherlock may have a great fan base, but they may be too dedicated. The Mary Sue explains, “The Sherlock fandom can, at times, be a bit… intense. That’s not an insult: The show debuted three years ago, and since then they’ve only had nine hours of show to watch… But now that the third season is finally filming, producer Sue Vertue has asked more obsessed Sherlockians to try and reign it in just a tad. She sent the following message to fan site Sherlockology: ‘As many of you are aware, we’ll soon be embarking on our first London leg of filming for series 3.  I’m also aware that there is quite a lot of speculation about where we’re shooting when.  I can’t stress how  much we the Producers and Benedict [Cumberbatch], Martin [Freeman] and the rest of the cast appreciate your love and dedication to our show – we’ll endeavour to live up to your expectations for Series 3.” Read the full note for what she asked the fans not to do here. 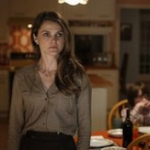 From The Jane Dough: Today, the site discusses an intriguing female television character – Keri Russell’s character on The Americans. Writes The Jane Dough, “Elizabeth Jennings might be the most fascinating character on TV right now. She’s struggling to be a devoted parent and serve her country, which on this show means she has to whiplash between dealing with teenage sass from her daughter and figuring out how to help a KGB asset avoid FBI detection. The events from last week’s epic series of unfortunate events create ripple effects, as the FBI vows to apprehend whomever is responsible for the death of Stan’s partner Chris Amador. They quickly zero in on the car that was used to dump the body, which leads them to one of Gregory’s henchmen, which leads them to Gregory.” Read on (spoiler alert) here. 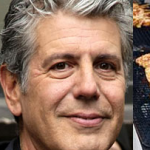 From The Braiser: Celebrity chef pranks! Writes The Braiser, “[W]hen the New York Post reported that Anthony Bourdain made CNN Adonis/notoriously picky eater Anderson Cooper eat yakitori — Japanese grilled chicken that’s often raw in the center of its chewy, offal-ly goodness — we just sort of…died. As part of the hilariously cruel set of CNN Parts Unknown promos, Bourdain took Cooper to New York’s infamous Yakitori Totto and fed him all the parts of a chicken that could be skewered and grilled over hot coals, leading to this realization: ‘I didn’t realize what I was eating until after we were done,’ Cooper said. ‘I’d say, ‘This tastes like . . . knuckles.’ And Anthony would say, ‘That’s because it is knuckles.’'” Read more about it here.