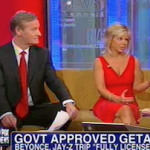 From Mediaite: Is Cuba the new hotspot? Fox & Friends discusses the implications of a celebrity couple’s upcoming trip, reports Mediaite: “‘What is it with Hollywood celebrities going to Cuba?’ Fox & Friends‘ Gretchen Carlson asked on Tuesday. Noting the country’s problems and that it’s ‘not necessarily’ free, the hosts questioned the Hollywood ‘obsession’ in light of Jay-Z and Beyoncé‘s recent trip to the country, which garnered some controversy. Most of us can’t travel to Cuba, they noted, but it’s a-okay for them. ‘Extraordinarily,’ Steve Doocy asserted, ‘these Hollywood heavyweights, who are aligned with this White House, got a license from the U.S. Department of Treasury. They traveled there legally. Many can’t, they could.'” Read on here. 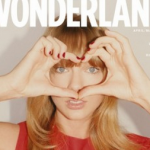 From Gossip Cop: How many more exes will inspire Taylor Swift songs? The singer doesn’t know, she says. Writes Gossip Cop, “Taylor Swift opens up about her new perspective on relationships in the summer issue of Wonderland magazine, admitting she has “no idea” what’s in store for her romantic future. The country singer tells the mag, ‘I’ve kind of realized that I have no idea where I’m going to be next year, or in six months, or in two months. I mean, I know where I’ll be on tour in two months, but no idea where I’m going to be mentally, emotionally, dreams, goals, wishes, hopes. I have no idea if I’m going to get married or be single forever or have a family or just be on my own,’ reveals Swift.” Read more of what she has to say here. 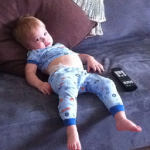 From Geekosystem: What if there was some way to scientifically explain your laziness? Geekosystem’s Jeff LaSala reports on the possibility: “Good news, couch potatoes! It may not be your fault that you don’t want to get off your butt and be productive. In a display of not at all being lazy themselves, researchers at the University of Missouri have deduced that genetic traits might make some people prone to low motivation and inactivity. While I like to imagine scientists in white lab coats hooking up wires to chubby guys lounging on sofas, Professor Frank Booth and post-doctoral fellow Michael Roberts did, in fact, turn to proper scientific methods in their study. Both researchers at the MU College of Veterinary Medicine, they used selective rat breeding to investigate the matter.” Read the full story here. 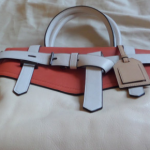 From Styleite: Anna Wintour is selling a bag on eBay right now! Styleite writes, “It’s not like the Vogue brass haven’t gotten behind the auction site before, but if you weren’t lucky enough to snap up any of the CFDA/Vogue You Can’t Fake Fashion totes that went on sale last month, this might be your next chance at the magazine’s wares. Huffington Post posted early this morning that Ebay is hosting an auction to help raise money — and awareness — for a bowel cancer charity, and Anna Wintour herself went digging into the Vogue sample closet to donate some goods. Among a laundry list of fashionable finds for sale, is this Reed Krakoff bag. The current bid is less than $100, so get to it!” Read how here. 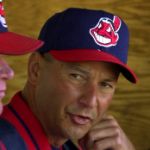 From SportsGrid: Cleveland Indians manager Terry Francona is having some trouble adjusting to his new home: “Terry Francona: A fan of living close to the office, but not so much of getting directions, or maps, or street signs, or perhaps looking around for that huge building that looks like a baseball stadium. In what will be the most baffling story you read today, Terry Francona reportedly lives in downtown Cleveland of his own accord. No one is making him do it or anything. No, we kid the great city of Cleveland. He’s living downtown to be close to the stadium — just a two block walk away, in fact. That should make getting to work a breeze, right? Nope.” Read on here. 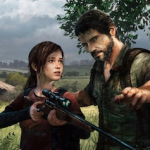 From The Mary Sue: Today, the site tackles the women-in-gaming industry debate again: “If a lot of the pushback against feminist critique of video games, or even the simple assertion that women enjoy playing games and so maybe a studio should consider them to be a valuable demographic, contains a core misconception, it is that the people calling for better representation in the games industry and in the female characters in games think that every man in the industry is an evil women-hating jerk. I mean, come on, those guys have mothers, wives, sisters, and female friends! They don’t hate women! In fact, if the folks who were responsible for problematic portrayals of female characters or poor representation of real women in games industry were doing it all purely deliberately, it’d probably be a lot easier to fix.” Read why here.

From The Jane Dough: Does flex time stifle women? The Jane Dough asks: “Flexibility is a good thing, right? Especially in a job — a little flex time can mean the difference between work-life balance and work-work imbalance … theoretically. Dwyer Gunn of Slate argues that flexible work hours are in fact working against one of the main groups they were instituted to serve: working mothers. A mother herself, Gunn points out that the path to the dreaded “mommy track,” which Sheryl Sandberg denounces thoroughly in her book Lean In, is lined with seemingly good things—namely, part-time and flexible work hours. Now, there is a distinction to be made: According to Gunn’s argument, flex time harms a mother’s career, not her overall happiness. Countries with infrastructures that encourage more flexible work situations across the board also report higher happiness levels … but the United States isn’t one of them.” Read more here. 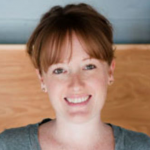 From The Braiser: Who is the best new pastry chef of 2013? The Braiser reports, “Jodi Elliot of Foreign & Domestic in Austin, TX took the title of People’s Best New Pastry Chef in Food & Wine Magazine’s crowd-sourced nationwide search. She’s come up through the kitchens of Bouley, Gramercy Tavern, Per Se, and The Savoy, along with earning a 2-star New York Times review while working at Michael Symon’s Parea. She co-owns Foreign & Domestic with her husband Ned Elliot, who is also the head chef and whom she met in culinary school. Three cheers for partnership!” Read more, including the regional winners of the award, here.