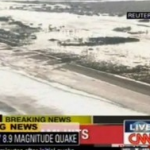 On Mediaite: it’s been harrowing to watch the disaster in Japan unfold, so of course a CNN anchor was widely criticized for making a joke about “Godzilla” — and then it turned out she’d never said anything of the kind. Good times! Get the full post here. 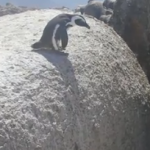 Cuuute! Geekosystem has a clip of a penguin making quite the heroic leap between two rocks. It’s a big enough gap to make you worry that he won’t make it, but luckily this video has a happy ending. Watch it here. 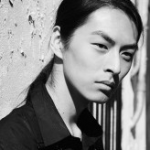 Styleite has an interesting interview with male model David Chiang, who made the rare but smart decision to get a college degree before breaking into the modeling business. His dream job? To walk in the Victoria Secret show. For the wings, man. For the wings. To read the full post, click here.

Awww! Sportsgrid covers Chris Bosh’s eternal attempt to befriend the cool kids (Lebron James and Dwayne Wade). Though Bosh is emerging as a star for the Heat, he still has that air of the nerdy kid who’s worried all the other kids won’t like him. Case in point: “My personal style is dressy but loose. I will say, I look to D-Wade and LeBron.” Awwww! Get the full post here. 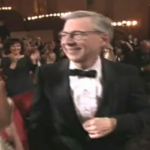 The Mary Sue has an adorable clip of Fred Rogers accepting an Emmy in 1997 — a bit of sunshine and some perspective on a very difficult day. If you’re interested in having your heart warmed, click here.