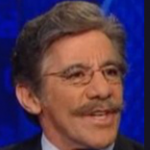 From Mediaite: As immigration reform continues, Geraldo Rivera weighs in on an outdated term. Writes Mediaite, “On his radio show last week, Geraldo Rivera applauded the Associated Press’ decision to drop the term ‘illegal immigrant’ from its official style guidelines and then decreed that no one should use the phrase any longer, seeing as how he believes it is akin to saying ‘negro’ to describe a black person. ‘You can never use the expression ‘illegal alien’ again,’ the radio host said to his colleague Bill O’Reilly. ‘It is a pejorative. It’s like saying ‘negro’ or ‘homosexual.’ It is a loaded term that doesn’t accurately describe.'” Read the whole story here. 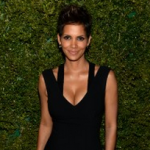 From Gossip Cop: Halle Berry is pregnant again, surprising everyone, including herself. Reports Gossip Cop: “Halle Berry’s new pregnancy shocked no one more than herself. ‘This has been the biggest surprise of my life, to tell you the truth,’ the 46-year-old actress tells CNN. ‘I thought I was kind of past the point where this could be a reality for me,’ says Berry. ‘So it’s been a big surprise and the most wonderful.’ Noting that she feels ‘fantastic,’ the Oscar winner says she doesn’t yet know the sex of her little one, but multiple reports say she’s expecting a boy. It’ll be the first child for Berry with fiance Olivier Martinez; she is already mom to 5-year-old Nahla with ex Gabriel Aubry.” Read on here. 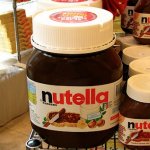 From Geekosystem: Are these the best thieves ever? Geekosystem writes, “While no one was paying attention, someone in Germany pulled off what is clearly the heist of the century, and maybe the finest and most worthwhile criminal act of all time — sorry, Great Train Robbery. This weekend saw thieves in the town of Bad Hersfeld make off with a parked trailer containing five and a half tons of delicious, creamy, chocolatey Nutella. As to what the thieves intend to do with five and a half tons of Nutella..well, that’s just about anyone’s guess. The options are many, though at the top of the list is going through with every thinking person’s dream of eating your way out of a hot tub filled with Nutella.” Read more here. 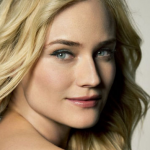 From Styleite: Who is the new face of Chanel skincare? Styleite reports: “In today’s news-we-could’ve-guessed, Diane Kruger has been named the new face of Chanel skincare.The actress has been BFFs with Karl Lagerfeld for as long as we can remember. She’s fronted several ad campaigns for the house’s fragrance and handbag lines, is neighbors with the Kaiser in Paris, and always sits in the front row at Chanel (and everywhere else, really). The part that we are surprised by is just how long it took Chanel to appoint Kruger to front the skincare line. Maybe Karl didn’t want it to look like he was playing favorites? The sure-to-be stunning ads will drop later this year, so stay tuned.” Read the whole story here. 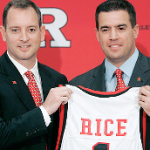 From SportsGrid: The Rutgers scandal is settling, but ousted coach Pernetti’s parting gifts may raise some eyebrows. Writes SportsGrid, “After video of Rutgers basketball coach Mike Rice conducting what he might call ‘practice’ and we might call ‘acting like a maniac’ surfaced, it was clear that Rice and anyone who knew of Rice’s antics and did nothing had to go. So athletic director Tim Pernetti was sacrificed to the public opinion gods, and we all moved on. Well, sort of. The fall out continues in the form of Rutgers being the butt of many a joke. Expect those jokes to continue today when people hear about what Pernetti received in his settlement.” Find out what it is here.

From The Mary Sue: More info on the third installment of The Hunger Games, reports The Mary Sue: “Filming dates and locations have been announced for the third installment of The Hunger Games franchise, Mockingjay. The production returns to familiar territory but also heads north.  The Hunger Games train is moving swiftly along. As filming has wrapped on Catching Fire and promotion for that starts streaming out, pre-production is set for Mockingjay. And with that comes filming locations. Production Weekly tweeted filming would begin September 16 in both Atlanta and Boston.The Hunger Games films have filmed in Georgia before but spent time in Hawaii late last year for water-filled Quarter Quell scenes. What could a shoot in Massachusetts mean?” Read on here. 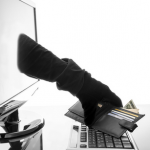 From The Jane Dough: One week to tax day. Writes The Jane Dough’s Sarah Devlin, “I’m an adult, and I am terrified of paying my taxes. I’ve been working since I was in high school, so this definitely isn’t my first rodeo, but there’s something about filing a federal return that really puts the fear of God into me. Does anybody else feel this way? Since there’s only a a week left to get our taxes done (ONLY A WEEK? WE’RE DOOMED) I thought I’d investigate these feelings. Let’s figure this out together, you know? Here are the six things that freak me out the most. How about you guys? Do taxes intimidate you, or are you cool as a cucumber in the face of a looming 1040 form?” See those six things here. 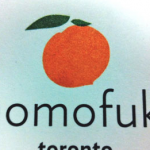 From The Braiser: Toronto just got a little “foodier.” The Braiser explains, “It is known, it is known: the sun rises in the east and sets in the west, dragons are hatched from the moon, and every time David Chang opens a new restaurant in a new city, he will win a prize. And the lore came true, once again, when his two newly-opened Canadian restaurants Shōtō and Daishō were named in the top ten of Toronto Life’s Best New Restaurants 2013 list, with Momofuku Ko-fraternal twin Shōtō taking the top honor. While Momofukus around the world are held to a gob-smackingly high standard, they faced some pretty stiff competition: according to the magazine, 1,038 new restaurants opened in the city last year, ‘more than triple the year before,’ they note, ‘and the year before that.'” Read more here.