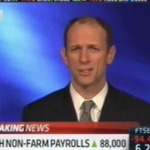 From Mediaite: Unemployment is still a major problem in the U.S., and today a former advisor to President Obama weighed in, writes Mediaite: “The economy added just 88,000 non-farm payroll jobs in the month of March, forcing the labor participation rate down and driving the unemployment rate down to 7.6 percent. Reacting to this news, former White House advisor Austan Goolsbee told the hosts of CNBC that the news was a ‘punch to the gut.’ He attempted to blame the cuts on the sequester before another CNBC host corrected him and noted that the payroll tax hike was more likely the reason for the show employment growth. ‘We all overshot it,’ Goolsbee said.” Read on here. 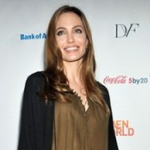 From Gossip Cop: News on Angelina Jolie’s engagement ring, reports Gossip Cop: “Angelina Jolie stepped out at the 2013 Women in the World Summit at Lincoln Center in New York on Thursday night, where the actress was once again spotted wearing her engagement ring. The star caused a tabloid frenzy when she removed the massive diamond for her humanitarian trip to the Congo last month, with some outlets speculating she and Brad Pitt had secretly married, and another rag ridiculously alleging that she hated the ring. Jolie was on hand to honor Malala Yousafzai, the Pakistani teenager who was shot by the Taliban for advocating womens’ education. The United Nations envoy pledged $200,000 to a fund in the 15-year-old’s name, telling the audience, ‘The Taliban shot her at point-bank range in the head, and made her stronger. In a brutal attempt to silence her voice, it grew louder.'” See photos here. 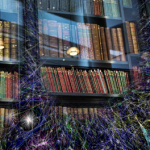 From Geekosystem: A British library is looking to expand its collection… to include the internet. Geekosystem explains, “The British Library is an institution — no, an edificial powerhouse — of information chronicled in books, vaults, and presumably ancient scrolls, and it’s second only in physical size to the Library of Congress. It’s not satisfied with just what it houses currently, though. Now the British Library wants to expand by archiving the Internet. Well, at least the United Kingdom’s slice of it. For now… now that more and more information has gone digital, it intends to preserve the UK’s ‘digital memory’ by recording every byte of information stemming from a ‘.uk’ URL on the Internet.” Read the full story here. 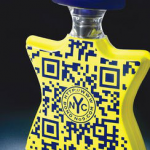 From Styleite: Technology can be strange — today, Styleite reports on an instance of its innovative collision with the world of style: “Just when we thought we’d seen it from the fragrance world, Bond No. 9 surprises us with a “digital” scent that can only be purchased on the web via a QR code. Uh, que?The perfume brand is launching the $250 bottle called “HTTP://WWW.BONDNO9.COM” at the end of June, and true to its name, it will only be sold online. QR codes in print ads and on the outside of the brand’s Bondmobile will direct smartphone-wielding shoppers to Bond No. 9′s website. We’re not sure we’d ever want to give up the veritable grown-up candy shop that are Bond No. 9 stores, but the brand’s founder and owner Laurice Rahme explains the motivation to WWD.” Read her thoughts here. 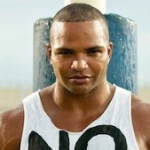 From SportsGrid: Saturday might be a history-making day for the NFL, even though it’s the offseason. SportsGrid explains, “Outspoken LGBT activist and former Ravens linebacker Brandon Ayanbadejo sat down with the Baltimore Sun this morning to discuss his recent release from the Super Bowl champions, as well as his same-sex marriage advocacy. And while he touched on a lot of controversial topics during the interview — including the idea that his views on gay marriage may have led to his release — the most stunning nugget was easily the alleged plan for four current gay NFL players to come out publicly on the same day. We have been waiting expectantly for a current NFL player to come out of the closet for some time, especially after former player Wade Davis revealed his sexuality last year. But the idea of four players coming out, all at once?” Read on here. 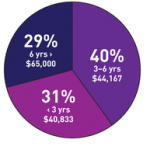 From The Mary Sue: Today, the girl geek site reports on the wage gap in the video game industry: “Borderhouse has a revelatory post up containing a number of graphs from Game Developer Magazine detailing salary breakdowns over experience in the industry and gender, revealing some extreme disparities between the compensation men and women receive for working the same kinds of jobs in the video games industry. According to these statistics, women generally paid between 20% and 30% less than their male counterparts, with a few outliers of 8.3% and a whopping 65%. Only in one field, programming, do women make slightly more than men: programmers, at 4.5% more.” Read the whole story here. 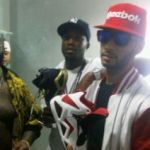 From The Jane Dough: There was a commotion outside the NYC Reebok store today. The Jane Dough explains why, “The women gathered in front of Reebok’s New York flagship store were members of anti-sexism outfit UltraViolet and NOW NYC. Armed with signs reading ‘Hey Reebok: Want my business? Stop promoting rape. Drop Rick Ross.” and “Talk to me about revolution and a world without rape,’ the activists were protesting Reebok spokesperson and rapper Rick Ross whose song ‘U.O.E.N.O.’ has drawn the ire of women and their allies everywhere. The offending lyric: ‘Put Molly all in her champagne/ She ain’t even know it./ I took her home and I enjoyed that/ she ain’t even know it’ (“Molly” colloquially refers to pure MDMA, the stimulant found in ecstasy). In response to the lyric… an outraged public demanded that Reebok drop the rapper from its roster of endorsers.” Read more about the protest here. 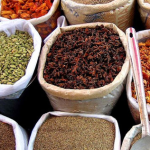 From The Braiser: In need of therapy? What about spice therapy? The Braiser writes, “The newest food issue of The New York Times Magazine ran a profile of Lior Lev Sercarz, the proprietor of the spice temple La Boîte. And yes, ‘spice temple’ is an accurate description: it’s the place where Eric Ripert, Marc Forgione, and countless unnamed others around the world get their secret spice blends for their restaurants. If you want to pretend that you are a Renaissance noble and not working in an office on Friday, this is probably the article to read right now. But even more freaky than the description of Sercarz, this Spice Merchant From The Old World, are his potent olfactory powers. That’s right: his custom spice blends will enhance your memory.” Read on here.