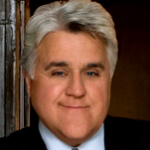 From Mediaite: The late night question has finally been answered, reports Mediaite: “According to The New York Times, NBC has confirmed that Jimmy Fallon will, indeed, replace Jay Leno as host of The Tonight Showbeginning in late February 2014. The network will reportedly announce today its plan to make Fallon the sixth host of the historic late-night show following the conclusion of its 2014 Winter Olympics coverage next February. As expected, the network will also move the show from its home in Los Angeles to 30 Rockefeller Plaza in New York. This confirmation seals the deal after weeks of heavy speculation and rumors about the upheaval.” Read the full story here. 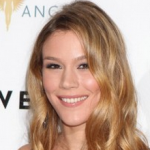 From Gossip Cop: A guilty verdict for Joss Stone’s attempted murderers, reports Gossip Cop: “The men who allegedly attempted to kill Joss Stone nearly two years ago have been convicted of plotting to murder the singer. As Gossip Cop previously reported, Kevin Liverpool andJunior Bradshaw were charged with conspiracy to commit murder, conspiracy to commit robbery, and conspiracy to commit grievous bodily harm in October 2011, a few months after they were arrested outside her England home. The pair were reportedly found with two samurai swords and a body bag, as well as knives and a hammer — all part of their plan to decapitate Stone and dump her body in a river. The suspects’ trial began last month, and the jury handed down a unanimous guilty verdict on Wednesday.” Read on here. 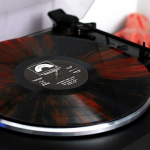 From Geekosystem: Listen up, audio nerds. Geekosystem’s Ian Chant writes, “I’m not going to lie, folks — I’ve pirated my share of music in my time. Probably more than my share. Napster, Kazaa, The Pirate Bay — you name a service, I’ve probably used it to download an album before. BUT! I also try to be pretty good about supporting artists and small labels by actually purchasing those tunes as well, and when I do, vinyl is my format of choice. And as of this morning, Amazon is doing me a big fat solid and extending their popular AutoRip program — which offers folks who have bought CDs through Amazon a free digital copy of the album — to vinyl records. The service will apply to thousands of records, and even more importantly, it will be retroactive all the way back to 1998.” Read more about it here. 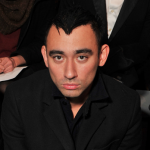 From Styleite: Has Nicola Formichetti already landed a new gig? Styleite answers, “Just one day after it was announced that Nicola Formichetti would be parting ways with Thierry Mugler, word on the street is that the powerhouse stylist has already found himself a new label to head up. And this time, he’s going global. Both WWD and the New York Post report that Formichetti will be partnering with Diesel, though the former reports that it will be for a ‘major collaboration’, while the latter posits he will be named creative director. Either possibility would certainly explain why we spotted the stylist and a coterie of high fashion pals like Carine Roitfeld and Anna Dello Russo front row at Diesel Black Gold this past fashion week.” Read the whole story here. 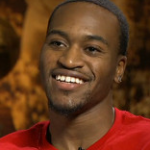 From SportsGrid: Kevin Ware: Master of Recovery. SportsGrid writes on the latest: “Kevin Ware’s broken leg was awful and chilling to watch, but thankfully what’s happened since has been pretty much the opposite. The day following his injury brought plenty of good (considering the circumstances) news, and today came more of it: Ware’s been cleared to travel to the Final Four in Atlanta with his teammates. And Ware himself apparently feels up to discussing the whirlwind that’s surrounded him nonstop since his injury – he sat down with ESPN’s Rece Davis to discuss hi life over the past few days. Things got emotional (starting around the 6:35 mark, though the whole thing is worth watching) – and there’s a pretty good chance you will, too.” Watch that interview here. 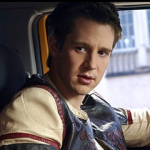 From The Mary Sue: More news about the potential Veronica Mars movie, from The Mary Sue’s Rebecca Pahle: “Now, I haven’t watched any Veronica Mars—don’t worry, Jill has convinced me that I should—but cultural osmosis has taught me that Logan Echolls is a fan favorite in addition to being someone who’s commonly shipped with Veronica. Right? Let me know if cultural osmosis has done me wrong. Anyway, Logan fans, I am so very happy for you, because the ‘obligatory psychotic jackass’ will now officially be in the Veronica Mars movie. Creator Rob Thomas announced the return of actor Jason Dohring in an e-mail to the movie’s Kickstarter backers, saying: ‘We now have three actors officially cast. Veronica. Logan and the waiter who says, ‘Your check, sir.”” Read more here. 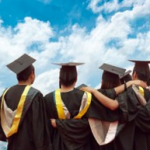 From The Jane Dough: We need to take getting college less seriously, boldly states The Jane Dough, after an 18-year year old penned an op-ed in the Wall Street Journal to all the colleges that rejected her. Writes the site’s Sarah, “So, now that the holiest of days, April Fool’s Day, is behind us, we can turn our attention to this joke. I’d like to start off by saying that I never had anything published by the Wall Street Journal when I was a senior in high school, and I got into college.” Editor Colette chimes in, “I’d like to start by saying that if I raised my eyebrows any higher after this, they would be on the back of my head.
They would be lost in my high bun. But yes, sure, great; I guess it’s impressive that this 18 year-old published a piece in a national newspaper…” Read their full conversation about it here. 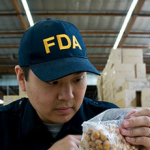