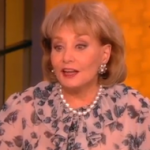 From Mediaite: Barbara Walters finally addressed rumors of her retirement on The View today – Mediaite reports, “Coming off a short hiatus, The View was back on Monday — and at the top of show, Barbara Walters straightaway addressed the reports of her imminent retirement. The ladies noted that the story was all over the news last week, to which Walters said there is no news and no announcement to make. ‘There were many reports last week saying that I was retiring from ABC, and there was an assumption that I would be making an an announcement today,’ Walters began, noting that there were paparazzi were outside her home. ‘However, here I am, and I have no announcement to make. But I do want to say this: That if and when I might have an announcement to make, I will do it on this program, I promise.'” Read on here. 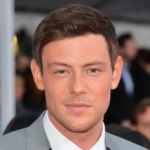 From Gossip Cop: Glee will be missing one actor for a few episodes, reports Gossip Cop: “Cory Monteith’s stint in rehab will cause him to miss out on the final “Glee” episodes of season 4. There are two episodes left to be filmed, but the actor’s decision to enter a treatment facility for substance abuse will prevent him from participating. His character Finn’s sudden absence will reportedly be explained in the story.  In a statement, ‘Glee’ producer 20th Century Fox said, ‘Cory is a beloved member of the ‘Glee’ family and we fully support his decision to seek treatment. Everyone at the show wishes him well and looks forward to his return.’ Similarly, creator Ryan Murphy tweeted on Monday, ‘I am so proud of Cory Monteith and love and support him 100%.'” Read more, including his girlfriend Lea Michele’s reaction, here. 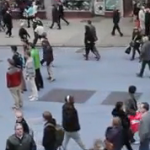 From Geekosystem: Happy April Fool’s Day! Geekosystem on one great prank in New York City: “New York City is a weird enough place, justifying daily the phrase ‘only in New York!’ As the Geekosystem office is situated in the Big Apple — which no one who lives here calls it, by the way — we’re happy whenever something positive livens up our town. In a prelude to April Fool’s Day, more than 2,000 people moved backwards in Times Square for 5 minutes, confusing locals and tourists alike. This is the skulduggery of Improv Everywhere, a ‘New York City-based prank collective that causes scenes of chaos and joy in public places.’ The event took place previously in mid-afternoon with the intent to make it seem ‘like the world is going in reverse,’ but they’ve shared the footage today.” See the footage here. 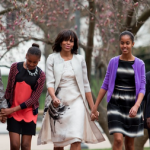 From Styleite: What did the Obamas wear yesterday for Easter Sunday? Styleite reports: “Who says Easter Sunday calls for pastels? Not this First Family! It was a drizzly day out in Washington, D.C., but the Obamas headed to church undeterred, wearing a colorful array of frocks, ballet flats, cardis, and coats. While last year Michelle opted for a Thakoon sheath, this year she dug one of her favorite Prabal Gurung numbers out of her closet, which Mrs-O reports that she has worn for two previous public appearances. The matching grey rose print coat, however, is a new addition to the ensemble. Sasha and Malia likewise stepped up their church service style game, with the elder sis opting for a black-and-white ombré striped dress with a violet cardigan, while the younger layered a checkered sweater over her black and red, ladybug-like minidress, and topped it all off with a funky blue necklace.” See pictures here. 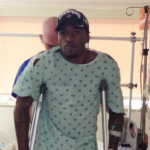 From SportsGrid: The site is reporting updates on one of the most gruesome recent injuries in sports: “So as we’re sure you’ve heard (and seen, if you wanted to see it) by now, Louisville guard Kevin Ware suffered a terrible broken leg during the Cardinals’ Elite Eight matchup against Duke yesterday. Louisville, of course, regrouped to blow out the Blue Devils and reach the Final Four, but understandably, the minds of many focused instead on how well Ware is recovering. And the good news is that the answer to that question seems to be: as well as possible, given the circumstances. His surgery was successful, Ware should eventually be able to resume playing, and as far as catastrophic injuries go, it could be worse.” Read more about his recovery here. 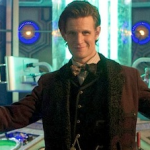 From The Mary Sue: Is there big Doctor Who news? Writes The Mary Sue, “According to Life Doctor Who and Combom, Matt Smith has confirmed that he’ll still be the Doctor at the end of Doctor Who‘s 50th anniversary special, and will still be the Doctor in the 2013 Christmas special and Series 8. So you can breath a sigh of relief, if you were worried. Frankly it seems to me that the 50th anniversary show already has enough on its plate with the hints with a returning Doctor and companion and the indications that it’ll resolve the hints that showrunner Steven Moffat has been dropping since he took over the show: that the Silence will fall when the question is asked, and that question is ‘Doctor who?’ Throwing a regeneration in there would simply be too much to fit, and casting would undoubtedly already have begun for the twelfth Doctor.” Read the whole story here. 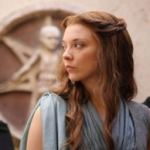 From The Jane Dough: Last night, HBO’s Game of Thrones returned – today, The Jane Dough’s Colette McIntyre discusses where women fit into its picture: “HBO’s Game of Thrones has something for everybody — zombies, dragons, manipulation, sex, wolves, Peter Dinklage, violence, politics, homoerotic subtext, songs by super hip indie bands, more sex — but what we love most are Westeros’ badass women: the dames of thrones fight, plot, snark, strive, and are as multifaceted and intriguing as their male counterparts. Each week, The Jane Dough will rank the GoT ladies according to how hard they ruled in last night’s episode. Start your Mondays feeling like the commander of dragons, rather than the bleary-eyed version of yourself you usually bring to work at the beginning of the week.” See the first ranking here. 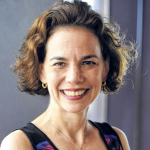 From The Braiser: Tomorrow, Food & Wine will announce its “Best New Chefs,” but today, its editor-in-chief Dana Cowin is giving you a sneak peek — sort of. The Braiser writes, “Dana Cowin, you Twitter-tease! This morning she announced that, with tomorrow’s release of Food and Wine’s annual Best New Chefs, she’d be giving hints as to the up-and-comers’ identities. She’s not making it very easy to infer. We’ll update this post with her hints throughout the day, as well as provide our best guesses, but be warned — Dana Cowin can be inscrutable as the Voynich Manuscript, or a riddle game with Gollum.” See her tweets, as well as The Braiser’s best guesses to their well-kept secrets, here.