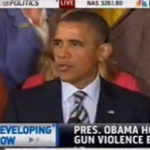 From Mediaite: With all the political agendas of the last few days, it’s easy for the issue of gun control to be overshadowed. Today, President Obama warned against that, reports Mediaite: “Speaking from East Room of The White House Thursday afternoon, President Obama gave a speech urging Americans to pressure members of Congress to vote on, and pass, the sensible gun regulations that are currently making their way through the U.S. Senate. One theme of the speech was the notion that the public urgency on gun regulation, which built in the wake of the tragic mass killing of 20 children and 6 adults at Sandy Hook Elementary School, might be dissipating. ‘I have not forgotten those kids,’ the President said. ‘Shame on us if we have forgotten.'” Read the full story here. 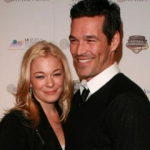 From Gossip Cop: Another day, another reality series. Gossip Cop has an exclusive report on the latest: “LeAnn Rimes and Eddie Cibrian, who know full well about drama on reality shows (and in real-life), thanks in part to his ex, ‘Real Housewives of Beverly Hills’ star Brandi Glanville, are now pitching their very own series, Gossip Cop has learned exclusively. A reality show insider familiar with the project tells us Rimes and Cibrian are ‘shopping a docu-series about their life together.’ Gossip Cop hears they are personally going into ‘pitch meetings’ in an effort to sell it. We will update when more details emerge about their proposed show. Gossip Cop has reached out to reps for both Cibrian and Rimes for more information about the series, but have yet to hear back.” Read on here. 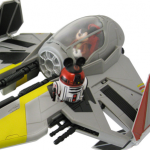 From Geekosystem: One product of the Disney/Star Wars acquisition? Merchandise. Writes Geekosystem’s Glen Tickle, “In a move not unlike the scene where Yogurt shills all that Space Balls merchandise, yesterday Disney pulled back the curtain on some of the items that will be on sale as part of their Star Wars Weekends. As you may have guessed, a lot of it is mouse-shaped and a little silly, but some of it I really, really want to own. Star Wars Weekends is happening at Disney’s Hollwood Studios beginning May 17th, and I’m probably not going to be able to fly across the country to go, but I’d sure love to. Especially now that I’ve seen some of the merch that will be available. Thankfully we live in a world where I can probably just order this stuff online, or at the very least start trolling eBay in late May.” Check out the wares here. 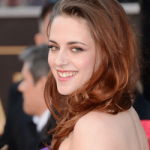 From Styleite: Well, this might be a troublesome match. Styleite reports on the next alleged Hollywood BFFs: “In between picking out her best sheer pants to wear to court, practicing her sassiest mug shot face, and biding her time ’til rehab in various nightclubs across California, Lindsay Lohan has reportedly found some time to make a new friend. According to Page Six, Kristen Stewart has become her “unlikely ally” after being introduced through a mutual friend. They quote a source who claims that Stewart invited the 26-year-old star over to her house, where they ‘discussed their careers, creative ideas and how they deal with living under the focus of the media and the paparazzi.’ We’re not sure who is advising who in this situation, since neither of them seems particularly adept at dodging the paps or handling public scrutiny.” Read on here.

From SportsGrid: Sometimes, athletes are really, really silly. Today, SportsGrid reports on one of those times, addressing baseballer Ben Revere: “Oh, God, Ben Revere. You won’t be able to recover from this one. Doug Glanville tossed you a softball, asking you what you were looking forward to getting in Philadelphia. And you said “a cheesecake.” And then you laughed. One of the guys! Just a regular Philadelphian, eating your cheesecake. Because people eat entire cheesecakes. Then you said it again. CheeseCAKE. And that means you actually went to Philadelphia seeking a cheesecake, which might be the real bit of comedy in all of this. Glanville tried to rib you for it, but you either brushed it off or still didn’t get it. So, on behalf of common sense. It’s a Philly cheesesteak. STEAK.” Read about the fiasco here.

From The Mary Sue: Does the BBC have binders of women? The Mary Sue reports, “We wrote yesterday about Doctor Who‘s issue with female writers (they don’t have any), but today our attention turns to another aspect of the BBC: Their TV and radio news programs, which have been criticized in the past for their whacked-out ratio of male to female guests. Specifically, male experts are four times more likely to get airtime than female experts… And, wouldn’t you know it, the BBC has acknowledged that this is a problem and decided to do something about it. What they’ve done is launch an ‘expert women database,’ plus an accompanying YouTube channel, to make it easier for journalists to find female experts to appear on TV or radio.” Read the whole story here.

From The Jane Dough: As the public follows the marriage equality debates in the Supreme Court, just what are the female judges saying? The Jane Dough’s Colette McIntyre writes, “For the past two days, the Supreme Court has been examining the constitutionality of cases related to same-sex marriage and the female justices have been dropping mics all over the oral arguments. Justice Elena Kagan, Justice Ruth Bader Ginsburg, and Justice Sonia Sotomayor have contributed a remarkable amount of sass to the court’s debate on the Defense of Marriage Act and California’s Proposition 8 ban on same-sex marriage, dismantling the defense’s arguments against gay marriage with dry wit and hilarious metaphors. Let’s take a look back at the female justices’ zingiest moments from the recent oral arguments.” See them here.

From The Braiser: There’s a new food feud in town, reports The Braiser: “At their most energetic, chefs tend to be an angry, opnionated bunch, with vendettas against anyone and anything for the slightest offense. That’s why we’ve decided to collect some of their sharpest barbs against the world at large, because — and this might be wild — what if it makes the world a better place one day? Think on that, folks. Today’s chef against the world is Homaro Cantu who absolutely can’t believe the utter shit-pile that is airport food.” Cantu tweeted, “I am amazed at the world of steam table gastronomy at airports. These places have so much room for improvement.” See the tweet and story here.