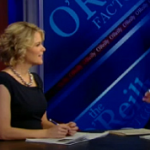 From Mediaite: The marriage equality debate continues in the Supreme Court, and last night, Bill O’Reilly and Megyn Kelly found themselves agreeing over the opposing sides’ arguments: writes Mediaite, “During last night’s O’Reilly Factor, host Bill O’Reilly and his guest Megyn Kelly both agreed: same-sex marriage advocates have the ‘more compelling’ argument, whereas their opponents have not done much besides “thump the Bible.” The revelation may come as a shock to many, as O’Reilly had previously made news for suggesting same-sex marriage would eventually lead to men wanting to marry ducks and other animals. But as he told Kelly last night, he is actually quite apathetic on the issue.” Read more and watch the clip here. 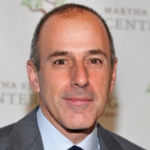 From Gossip Cop: After the Ann Curry/Today controversy, will Matt Lauer exit next? And if so, who will replace him? Gossip Cop reports on some rumors: “Anderson Cooper is being eyed as a possible replacement for Matt Lauer as ‘Today Show’ host, according to multiple reports. The CNN anchor, whose own daytime talk show is ending this year, has reportedly been approached by NBC to discuss potentially taking over for Lauer, although the exact timetable and specifics have not been made clear. It should be emphasized that Cooper has NOT agreed to any ‘Today Show’ deal, nor has Lauer’s exit been confirmed.Lauer is under contract through 2014, although it’s possible he could depart before it expires. Cooper’s CNN contract ends next fall.” Read the whole piece here. 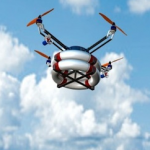 From Geekosystem: As innovation continues, will machines replace even more jobs – namely, lifeguards? Geekosystem investigates: “A research lab in Iran is hard at work building a new robotic lifeguard that could respond instantly to passengers and crew who fall from ships by flying to their rescue and dropping a life preserver to them from the sky. It’s a noble cause and a novel use for a robot, not to mention extremely forward thinking. Considering the state of most cruise ships lately, people jumping overboard to take their chances with the sharks rather than hang out for one more day in a feces-smeared cabin with no electricity is going to be a more and more common occurrence… The robot, known as Pars, is being developed by Tehran-based RTS Labs, and the design is pretty ingenious.” Read the full story here. 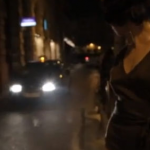 From Styleite: A bizarre story today: Louis Vuitton is being accused of promoting prostitution. Styleite reports, “Earlier this month, Louis Vuitton rolled out a promo video for its fall 2013 show. Katie Grandstyled Kate Moss, Cara Delevingne, Georgia May Jagger, and more in Marc Jacobs‘ sexy lingerie, while director James Lima had them strut around like streetwalkers along Rue du Pont Neuf in Paris. We were dubious that actual lovely ladies would buy fancy underthings at Vuitton, but as far as fashion films go, this one was alright. But not everyone liked it. Vuitton has been accused of promoting prostitution, and according to a letter from a moderate right minister and a Socialist senator in London’s Sunday Times via the Daily Telegraph, the company is ‘assimilating luxury with the world’s second most profitable criminal activity after drug trafficking.'” Read more about it here. 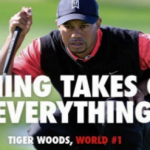 From SportsGrid: Tiger Woods again finds himself amid controversy. SportsGrid explains: “If you haven’t noticed, Tiger Woods is the man, again. Coming off a win at the Arnold Palmer Invitational at Doral, he’s now happily in a high profile relationship and sitting at numero uno en el mundo. (That means #1 in the world.) So naturally, Nike sees this as an opportunity. Not to proclaim his prowess as a golfer, but to insinuate that nobody cares how bad a person you are as long as you get results. Mother Goose they are not. But they are right. If, at any point we doubted the power of success, we’d be naive… I suppose the controversy here isn’t that Nike is forgiving Tiger for being a philandering, immature, entitled liar. The controversy is that we’ve forgiven him, and there’s nothing we can do to change that. Unless he starts losing again.” Read on and see the ad in question here. 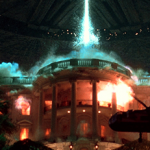 From The Mary Sue: Fans of Independence Day, here’s news: you may get not just one, but TWO, sequels. The Mary Sue’s Rebecca Pahle reports, “Director Roland Emmerich knows that the world doesn’t need an Independence Day sequel. It needs two Independence Day sequels. Luckily, he’s all too willing to provide, and he’s given us some info on what ID Forever Part One and ID Forever Part Two (yes, those are their titles. I refuse to say anything good about them, even sarcastically) will be about.I’m not saying it’s aliens. But it’s aliens. Explained Emmerich to EW.com, the films will take place about 20-25 years (in human time) after ID4—but that’s only a few weeks for the aliens, who received a distress call from their defeated brethren and high-tailed it through a worm hole (thus the time discrepancy) to get to us and wreak some havoc.” Read more about it here. 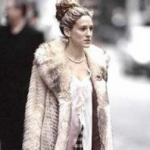 From The Jane Dough: What if Carrie Bradshaw had ended Sex and the City single, career-driven, and in politics? That was a legitimate possibility, writes The Jane Dough: “Candace Bushnell, creator of the Sex & the City empire, recently spoke with The Daily Beast about the new show based on her book series, The Carrie Diaries, which is struggling a bit in the ratings. In addition to defending the show, which many devoted S&TC fans don’t like because they feel it strays from the character of grownup Carrie Bradshaw, Bushnell sounded off a bit on the grownup Carrie Bradshaw and her film sequels. She had a very different picture in her head for what she wanted Carrie to end up with in the movies.” Read the interview with her here to find out what she envisioned here. 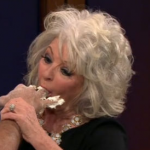 From The Braiser: The Tonight Show may be in trouble, if rumors are true, but The Braiser isn’t convinced Paula Deen can save it: “Paula Deen has been known to cozy up to Jay Leno before. Is it his denim shirts? His dated leather jackets? His milquetoast humor? It’s certainly not his baking prowess, which, full disclosure: will send you into a full-on, high anxiety panic attack if you fancy yourself a baker. We barely got through this segment. Somehow, we don’t see inviting dirty Southern grannies on your show to lick frosting off your fingers to be the best way to cling to your late night slot. But to each his own.” Watch the two parts of her cooking segment with Leno here.