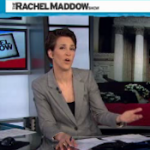 From Mediaite: The Supreme Court’s decision on marriage equality is making headlines today. Rachel Maddow has some thoughts on the topic, reports Mediaite: “On the eve of the Supreme Court hearing arguments about Proposition 8, which bans gay marriage in California, Rachel Maddow took to her show to discuss the issue — and, of course, the politics surrounding it. She demonstrated her point by offering a contrast of the pro- and anti-Prop 8 legal teams. The former, Maddow asserted, exemplifies the ‘incoherent’ and ‘pathetic’ politics of the right’s take on the matter. Maddow began her segment by providing the background of the case and outlining some of the major players in the case, including Solicitor General Donald B. Verrilli, Jr. and Ted Olsen, who is arguing against Prop 8.” Read on here. 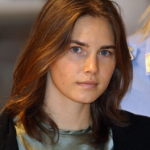 From Gossip Cop: Big legal news today as an appellate court has overturned Amanda Knox’s 2009 murder conviction. Gossip Cop reports, “Amanda Knox will be tried again for the 2007 murder of her roommate Meredith Kercher after Italy’s highest court overturned her 2011 acquittal on Tuesday. The stunning turn of events in the sensational saga means that the case against Knox, who returned to the United States after a four-year jail stint in Italy, will face a new trial in an appeals court in Florence, although she cannot be forced to be there. In a statement, Knox called the court’s decision ‘painful,’ contending that ‘the prosecution’s theory of my involvement in Meredith’s murder has been repeatedly revealed to be completely unfounded and unfair.'” Read the full story here. 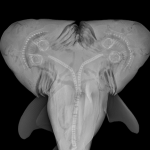 From Geekosystem: Another exciting scientific discovery in the world of nature today, Geekosystem’s Ian Chant reports: “Researchers at Michigan State University have confirmed that a two-headed bull shark discovered in 2011 is, in fact, exactly what it appears to be — one shark with two heads, and not a pair of conjoined twin sharks… You wouldn’t think it would be too complicated to tell if a shark has two heads, right? I mean, you look at the shark and either it’s got one head, and is only as frightening as sharks usually are, or it has two heads and is magnitudes of order more frightening than a shark usually is, because it looks like a video game monster. But to confirm that the shark was one creature, and not two conjoined ones, researchers had to run a battery of tests including MRIs and x-rays.” See the results of those tests here. 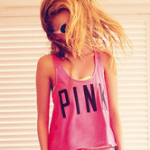 From Styleite: Fashion scandal! Styleite writes, “Another day, another Victoria’s Secret controversy. Who have they pissed off this time, you ask?Native American groups? Former suppliers? Greenpeace? No, this time it’s one of the most intimidating adversaries of all: moms. You see, Victoria’s Secret’s PINK line, which is purportedly marketed at college-aged women, recently launched a campaign with the slogan ‘Bright Young Things’. Certain moms are claiming that the company is trying to lure teens and tweens with the ads, and that the product offerings — lacy thongs and panties with ‘Call Me’, ‘Wild’, and ‘Feeling Lucky’ scrawled across the fabric — seek to inappropriately sexualize young customers.” Read the whole piece here. 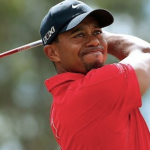 From SportsGrid: Tiger Woods is back on top. SportsGrid reports, “After winning the Arnold Palmer Invitational yesterday by two strokes, Tiger Woods vaulted to No. 1 in the world for the first time since October 2010. Chalk it up to newfound relationship stability or or whatever else, but things just seem right with Tiger on top of the golf world. And this news, at its core, is just a demonstration of athletes as people, or really athletes just as athletes. Tiger is a case study in perception as reality, that he’s an introverted and pompous dick who happens to be really good at golf. And we can and do enjoy the latter without engaging the former, which is a relief in that narrative doesn’t wholly devour the nuts and bolts of the what’s going on: there’s a person doing things that most of us can’t do, and watching something performed in excellence is pretty cool.” Read more of what happened yesterday in sports here. 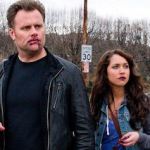 From The Mary Sue: The Zombieland pilot is happening, writes The Mary Sue: “Attempts to get a Zombieland television show off the ground have been happening since before the movie was even conceived, but it’s taken the mercantile nature of growing online streaming video market to give it its best chance yet. Even so, when Amazon.com’s pilot of the show does air, it won’t get turned into a series unless it pulls enough eyeballs, so you should probably get used to the new actors playing the characters… The original writers of Zombieland, Rhett Reese and Paul Wernick, are on board crafting the pilot, which shouldn’t be too tricky since the concept was originally intended to be a television series, not a movie. Eventually, the pilot will be available free from Amazon Instant and LOVEFiLM UK. If Amazon feels like the response to the pilot could support a series, it’ll film one.” Read more of the details here. 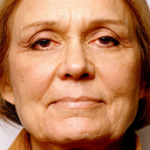 From The Jane Dough: Happy Birthday, Gloria Steinem! In honor of her special day, The Jane Dough is rounding up seven amazing facts about such an amazing woman. Among them? She likes HBO’s Girls. Writes the site, “According to HuffPo, Gloria Steinem HATES the Real Housewives franchise but she is okay with Girls. ‘I only saw the first couple episodes of Girls, so I can’t speak to all of it, but I think it was much more realistic as to how girls look and dress and talk, and that all sex is not wonderful. Some of it is silly and boring. It felt much more realistic to me,’ Steinem said at a recent event at Simmons College.” Find out the other six facts here. 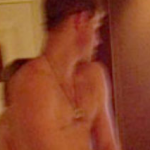 From The Braiser: Prince Harry is headed stateside for a US Tour. The Braiser is offering him some culinary suggestions for his stay: “This May, Prince Harry will make a return tour of the U.S. to assist Sandy victims and disabled veterans. And, as inevitable as the sun rising in the east, so too will Harry attempt to be naked — like his last visit to Las Vegas, which ended in the crown jewels being placed on public display. (Stop trying to put clothes on the prince! He doesn’t abide by your rules, society!) While Chris Christie insisted that Prince Harry wouldn’t get a chance to be naked in New Jersey, we can think of a few places where he possibly could in New York. Lo and behold, those places all happen to be restaurants.” See which restaurants they suggest here.