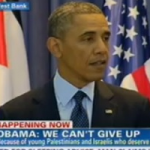 From Mediaite: President Barack Obama is in the Middle East, and today announced his stance on Palestine: reports Mediaite, “On Thursday afternoon in Ramallah, on the West Bank, President Obama continued his current Middle East trip by delivering a speech at a joint press conference with Palestinian Authority President Mahmoud Abbas. The President spoke about the U.S. government’s commitment to the creation of an independent, contiguous Palestinian state, and denounced Hamas both broadly, and for rocket attacks on the Israeli border town of Sderot over the past several days. He also discussed issues of contention, such as settlements and access to holy sites.” Read the full story here. 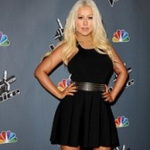 From Gossip Cop: Hey there, X-Tina! Gossip Cop reports on the singer’s latest appearance, “Christina Aguilera turned heads as she showed off her toned new body at the season four premiere of “The Voice” in Hollywood on Wednesday. The singer, who’s taking a hiatus from the singing competition show to focus on her music, looked svelte in a little black dress and sky-high heels. Aguilera also sported very natural makeup, a stark contrast to her many garish looks on the past season of the reality show. Season four of ‘The Voice’ debuts on Monday with new judges Shakira and Usher.” Read the story, see photos, and share what you think of her new look here. 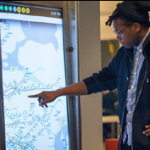 From Geekosystem: Time to share more germs on the NYC subway! Geekosystem explains, “If you’ve never ridden on the New York City subway, you’re missing out. We recommend it — assuming you’re a big fan of long waits, overcrowding, hate your personal space, enjoy grasping germ-ridden handlebars, and like the heady aroma made possible by the proximity of large numbers of people. All kidding aside, yeah, it’s gross, but the trains do get you from A to B, usually by way of C and D and only when X doesn’t have signal problems or Y doesn’t have track work. Now they’re going to do something that makes New Yorkers simultaneously excited and horrified. They’re going to install 90 touchscreen kiosks, creating a “beta” network across the subway system that can chart the best routes between stations and list train arrivals and departures. You did get that people — strangers, millions of them — will betouching them, right?” Read on here.

From Styleite: JT’s been up to a lot lately, but with his new music will he be ditching his clothing line? Styleite reports, “The New York Post is reporting that Justin Timberlake has all but abandoned William Rast, the line he launched in 2005 with longtime friend Trace Ayala. We guess touring with Jay-Z this summer is a smidge more appealing than burying himself in patterns, Target launches, and other woes of the hard knock fashion designer’s life. Or, maybe he just wants to sport other suits and ties without feeling like a traitor. The Post’s sources say Timberlake is still involved with the brand, ‘But by the end of the year, he won’t be anymore.'” Read the piece here. 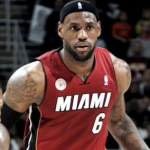 From SportsGrid: The Miami Heat had a big comeback night last night. SportsGrid explains, “LeBron James returned to Cleveland last night for the 367th time, and apparently this will continue to be a thing until he retires. You might remember that Cleveland has been terrible since James left… Then the game happened. With 7:44 remaining in the 3rd quarter, Miami trailed 67-40. No one really knew what was going on. LeBron, however, wasn’t going to roll over: in the 4th quarter, his 14 points, seven rebounds, three assists and two steals propelled a Miami comeback and an eventual 98-95 victory – including two free throws with 4.7 seconds left to push the lead to three points. Oh, and he had a triple-double for the game, too.” Read more about the game here. 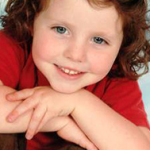 From The Mary Sue: Can you imagine discovering a dinosaur and having it named after you by the age of five? The Mary Sue’s Rebecca Pahle writes, “Daisy Morris is just five years old, and already she’s discovered a brand new species of pterosaur, named Vertidraco daisymorrisae in her honor. Give this girl a Jurassic Park 4 cameo.Speaking of Jurassic Park 4, we have a bite-sized morsel of news on that as well. Gotta put the dinosaur items together in one post; wouldn’t want them to attack the other stories. Morris found the fossil in 2009 while fossil hunting on the Isle of Wight. Yes, that’s right, the five-year-old was fossil hunting. I would occasionally venture outside and play Thundercatswhen I was five. Clearly Daisy is awesomer than I was at her age, but I can’t be bitter about that. Just look at her. She’s adorable.” Read on here. 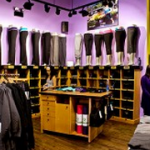 From The Jane Dough: Trouble in Lululemon paradise, reports The Jane Dough: “The exercise empire Lululemon, which enjoys cult-like popularity, may have just had its first real crisis. The company had to recall 17% of its inventory due to fabric that made their famous yoga pants too sheer. People like to feel pretty natural and open when they are doing yoga, but not this natural. This recall seems to have analysts downgrading the brand dramatically… The company’s shares fell in trading Tuesday, finishing the day down 2.8%. The Canadian company lowered expectations Tuesday as a result of the recall, projecting a 5 to 8% comparable same-store sales increase, rather than the 11% previously expected.” Read the full story here. 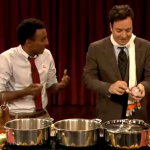 From The Braiser: Jimmy Fallon may be talented, but he can’t chop an onion. The Braiser writes, “Adorable late night bunny Jimmy Fallon recently invited Marcus Samuelsson, hat-master and Beard nominee, onto his show to do One Of Those Cooking Demo Things Where Samuelsson Happens To Promote The Newest Season Of Chopped: All Stars, as he does. But the real story isn’t about Chopped, or even about Samuelsson and his non-stop style. No, the story here is that Samuelsson tried to get Fallon to chop up onions for a dish called ‘bunny chow,’ and Fallon nearly hacked off his own hand. ‘You’re a foodie!’ Samuelsson gaped. ‘I saw you in a food magazine!’ ‘Yes, I was,’ Fallon slurred, hacking sadly at the onion skin. ‘I was on the cover.'” Read more and watch the clip here.