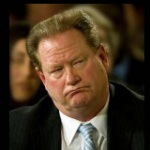 From Mediaite: MSNBC’s Ed Schultz is moving out of primetime and into weekend programming. But what really happened? Mediaite’s Andrew Kirell investigates: “Liberal firebrand Ed Schultz is out, and progressive policy wonk Chris Hayes is in at MSNBC’s 8 p.m. weeknight primetime slot. Before making this change that was apparently a long time coming, MSNBC effectively fooled (dare I say may have lied to?) the media (and Schultz himself) into thinking The Ed Show was safe. Hayes will leave his weekend morning show to host the prime time gig, while Schultz claims he ‘raised his hand’ and volunteered for the ‘opportunity’ to end The Ed Show and host a new weekend 5-7 p.m. show. Right.” Read more here. 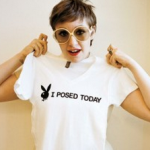 From Gossip Cop: You may have already seen Lena Dunham naked on HBO’s Girls, but now she’ll grace the pages on Playboy as well. Gossip Cop writes of the spread, “Lena Dunham is comfortable in her body, in case you weren’t aware. The ‘Girls’ creator appears in the new issue of Playboy, telling the mag she doesn’t want a perfect figure. Asked what she would do if she woke up tomorrow in the body of a Victoria’s Secret model, Dunham says, ‘I don’t think I’d like it very much. There would be all kinds of weird challenges to deal with that I don’t have to deal with now.’ The actress-writer-director explains, ‘I don’t want to go through life wondering if people are talking to me because I have a big rack. Not being the babest person in the world creates a nice barrier.'” Read all of her thoughts here. 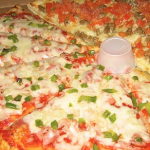 From Geekosystem: There’s was an unusual hostage recently situation in Russia. Geekosystem reports, “Today in “Totally Reasonable Ransoms” news, a Russian man armed with a handgun and explosives took four people hostage on a college campus. In return for the continued safety of his captives, he had some pretty simple, if slightly confusing, conditions. It turns out, the hostage taker just needed a good meal, demanding only a pizza and a Sprite from police.Which is really shooting rather low, if you ask us. Dude could have gotten a helicopter! Look, we get it. Low blood sugar makes people do crazy things sometimes.  You don’t want to be around anyone here at the Geekosystem office if we haven’t had our afternoon snacks and juice boxes… But we’d never think of taking anyone in the office hostage just because we needed a slice.” Read on here. 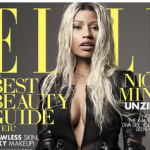 From Styleite: Often, when stars grace magazine covers, they are dolled up and made over. However, Nicki Minaj’s latest cover features quite the makeunder. Writes Styleite, “Nicki, is that you?! The perennially wigged-out, neon-lipped, falsies-sporting rapper covers the April issue of Elle, and the glossy convinced her to ditch the day-glo in favor of a way more natural look.The American Idol diva tells writer James Patrick Herman that the makeunder was a big adjustment after years of sporting Barbie-style beauty in front of the lens — including one particularly memorableSmurf-like turn in Vogue ‘When I saw myself with barely any makeup at, it was such a…like, I’m so, so attached to my pink lipstick, it’s hard. I feel that it’s become a part of me.'” Read more and see the photos here. 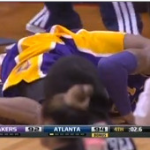 From SportsGrid: Bad news for the Los Angeles Lakers last night as Kobe Bryant sprained his ankle. SportsGrid reports: “The Lakers’ 96-92 loss to the Hawks tonight already would have been a disappointment – with the Jazz falling 110-87 to the Thunder, the game presented a golden opportunity to put a bit of distance between L.A. and Utah for the West’s eighth seed – but the Lakers couldn’t get the job done. A big reason for this: Kobe Bryant’s off night. Kobe scored 31, but shot just 11-for-33 in the process – none of those misses hurting more than a potential game-tying jumper in the final seconds. But the fact that the shot missed and the Lakers wound up losing isn’t what hurt the most – both literally and figuratively – about the play. No, what will really trouble the Lakers going forward is what happened to Kobe when he came down after his shot.” Read more here. 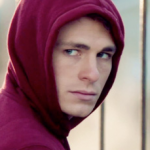 From The Mary Sue: Updating you on the latest Arrow news, The Mary Sue’s Susana Polo writes, “Colton Haynes shocked Teen Wolf fans last year by announcing his resignation from the show in order to take a role on the CW’s Arrow as Roy Harper. He’s only made one appearance in an episode so far, as a purse snatcher and wily-con-man-when-he-needs-t0-be, but it shouldn’t be a surprise that he’s been signed to be a regular character in the show’s second season. Yes, I’m still watching Arrow. I admit that my interest in Arrow is likely directly related to how often it borrows from the lesser known characters in Batman’s rogues gallery, but the show’s attempt to tackle issues like PTSD of all sorts, class privilege, and vigilante morality keeps me interested.” Read the whole piece here. 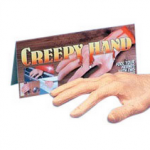 From The Jane Dough: Out of sick days but not feeling well? A bizarre scam is coming out of Brazil, The Jane Dough’s Colete McIntyre reports: “Brazilian newspaper O Globo reported that Thauane Nunes Ferreira, a 29-year-old doctor at Ferraz Vasconcelos Hospital in Greater Sao Paulo, was arrested after Globo television footage caught her defrauding her hospital’s punch-in clock. In the footage, Ferreira is seen touching her finger to a biometric machine which was designed to record staff attendance at the Office of Mobile Emergency Care (Samu). Ferreira then uses two fake silicon fingers to do the same for coworkers, pocketing the printed record of the absent colleagues’ “attendances”. When police arrested the doctor after receiving an anonymous tip, she had six sillicone fingers with her, three of which have been identified as bearing co-workers’ prints. According to police, Ferreira confessed to using prosthetic fingers for eleven fellow doctors and twenty nurses.” Read on here. 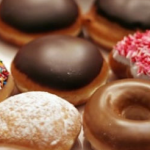 From The Braiser: Today in “Dumb Criminals,” a failed doughnut extortion plan: writes The Braiser, “We know what you’re thinking: Ugh, another kooky Florida crime. But no! This criminal couple is from Utah! Weird, right? So, today’s questionable food criminals of the day decided that the best way to score some quick cash would be to frame a Smith’s Food and Drug store in Draper, Utah for carrying ‘tainted food.’ They then proceeded to plant a bunch of razor blades in a box of doughnuts they had purchased, take the box over to the Dollar Store where they worked, open the box and pass the doughnuts around, eating some themselves, and then after having swallowed a bunch of razor blades, complain about it. A co-worker they had offered a doughnut to also suffered injuries, unaware of the scam.” Read more about what happened here.