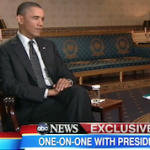 From Mediaite: Today, Good Morning America aired more of George Stephanopoulos‘ interview with President Obama. The topics ranged “from a budget deal and GOP opposition to North Korea and the cancelled White House tours,” writes Mediaite, continuing, “Asked about his insistence that new revenue be included in a deal, and Republican opposition to the idea, Obama said he’s not looking ‘to break them or to go around them’ — but to find those members of Congress who are through with having the same argument over and over again. As he’s argued before, he made his case for ‘common sense’ deficit reduction, through a combination approaches like some entitlement reform, closing loopholes.” Read on here. 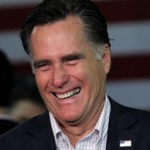 From Gossip Cop: More public figures have been hacked, reports Gossip Cop: “Mitt Romney, Tiger Woods, and Kris Jenner are among the new reported victims of a massive celebrity hacking operation that’s breached the personal financial data of more than a dozen high-profile figures. The hackers have allegedly posted full credit reports for both Romney and Woods, according to TMZ. U.S. Marshals Service director Stacia Hylton was also reportedly hacked. As Gossip Cop reported on Monday, a number of high-profile people ranging from celebs likeBeyonce and Kim Kardashian to political figures like Joe Biden and Hillary Clinton were targeted by the hackers. On Tuesday, it was revealed that Michelle Obama’s personal information had been compromised, with the Secret Service launching an investigation.” Read the story here. 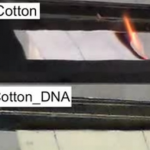 From Geekosystem: Well, here’s a new way to make fabric flame retardant. Writes Geekosystem’s Ian Chant: “Looking for a way to make sure your clothes don’t burst into flame? A team of researchers at the Polytechnic University of Turin has come up with a method I’m willing to wager you’ve never tried before — rubbing herring sperm into the fabric. Because seriously, who would have thought of trying that? I can’t even take a guess at where you’d find that much herring sperm. You can’t argue with results, though, and whatever else you can say about it, herring sperm seems to make a pretty reliable flame retardant, even if it’s not a perfect process yet. The results of the study were published in the Journal of Materials Chemistry A.” Read more about them here. 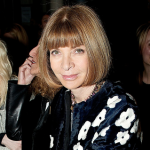 From Styleite: It’s a big day for Anna Wintour! Styleite reports, “In case you haven’t already heard, there’s big news out of 4 Times Square this morning. Condé Nast has announced that, in addition to running the show at Vogue as she’s done for nearly 25 years, Anna Wintour will be taking on the role as artistic director at the company. Here’s why we think this was a brilliant bit of decision making on the part of the powerhouse publishing brass. For one thing, according to a joint interview the New York Times conducted yesterday with Wintour and Condé chief executive Charles H. Townsend, the promotion was a way to make sure the editor didn’t part ways with Vogue.” Read all about the move here. 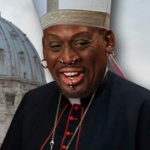 From SportsGrid: Dennis Rodman’s basketball diplomacy tour carries on. Writes SportsGrid: “We told you yesterday that Dennis Rodman, fresh off of vacation with his new buddy Kim Jong-un, was going to Vatican City, hoping to meet the new pope. Well, he’s in Rome right now, claiming to be campaigning for the first black pope. This is an admirable cause. But, unsurprisingly, Rodman doesn’t seem to be as devoted to the cause as he suggested. ‘After raising eyebrows by going to North Korea, former U.S. basketball star Dennis Rodman is continuing his bizarre global tour by visiting Rome – purportedly to help Ghanaian Cardinal Peter Turkson become the first black pope. But Rodman didn’t seem too sure who he was supposed to be promoting when asked about it Wednesday.” Read more here. 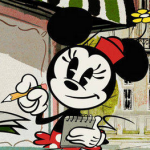 From The Mary Sue: There’s another project from Disney today, but not one you might expect. The Mary Sue’s Susana Polo writes, “Disney has struggled in the past couple of decades with the fact that its most iconic characters have become not much more than that: visual iconography that says “Disney” and not much else. While Mickey and the gang are still inextricably linked with the brand, they certainly haven’t been doing much lately. Warner Bros. has been having a parallel problem with the Looney Tunes, but I can at least remember a time when classic Bugs Bunny cartoons were readily available on basic cable during my lifetime (to say nothing of Tiny Tunes or Space Jamwhichwasawesomeshutup). Disney’s latest attempt to dig out of this hole? A series of shorts featuring the gang, spanning the globe.” Watch those videos here. 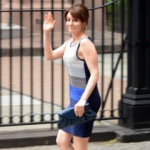 From The Jane Dough: In her new movie, Tina Fey plays a Princeton University admissions officer. But in real life, her role was once her enemy. Writes The Jane Dough, “Princeton University, an Ivy League school that often boasts about it the s famous faculty and alumni which includes Meg Whitman, Brooke Shields,  Jimmy Stewart, F. Scott Fitzgerald, David Kelly, Michelle Obama, that guy who raped Joan on Mad Men and, of course, that girl who made video “I went to Princeton, Bitch,” missed out on having one of the coolest graduates of all time.  That’s right. Princeton University rejected the woman who is responsible for giving the world Mean Girls. Tina Fey said in an interview to promote her new film, Admission, in which she plays a Princeton admissions officer, she reminisced about how the school rejected her when she applied.” Read about it here. 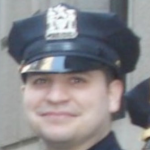 From The Braiser: There’s finally been a verdict in the Cannibal Cop case, reports The Braiser: “The Cannibal Cop, NYPD officer Gilberto Valle, was sentenced to life in prison today after being found guilty of conspiracy and illegally accessing a national crime database, in spite of an ‘iron-clad’ defense. He was simply fantasizing about kidnapping and cannibalizing over 100 specific women he had picked out and stalked using the NYPD database. He wasn’t actually going to do anything about it. While the judicial system may have thought better of his intentions, there’s been an interesting outcry among online commenters. Specifically on Gawker’s comments section, readers are aghast that people can be punished for such ‘thought crimes’ as Valle’s, and for having fetishes.” Read the whole piece here.