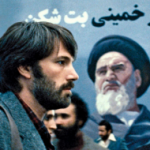 From Mediaite: Argo was a big hit this award season, but will it now get hit with a lawsuit? Mediaite’s Meenal Vamburkar explains: “Ben Affleck‘s Argo won the ‘best picture’ Oscar as well as widespread acclaim, but — given that the film is based on the 1979 escape of six hostages from Tehran — it’s not exactly surprising that Iran doesn’t have such a favorable opinion. Moreover, according to the Associated Press, Iran is considering a lawsuit. ‘Iranian media say authorities are planning to sue Hollywood’ over what they deem to be ‘unrealistic portrayal’ of the country, the report noted.” Read on here. 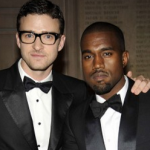 From Gossip Cop: So what exactly is going on between Justin Timberlake and Kanye West? Gossip Cop answers, “Justin Timberlake is downplaying his supposed beef with Kanye West. On Monday’s ‘Late Night with Jimmy Fallon,’ Timberlake was asked about the indirect West diss he snuck into his ‘Suit & Tie’ performance on ‘Saturday Night Live,’ apparently in response to the dig West took at Timberlake during a London concert last month. Timberlake first pleaded ignorance (‘I don’t remember that… Did I change a line?’), before laughing off the controversy. ‘Really, everyone: Keep calm,’ Timberlake said of the supposed tiff with West.” Read the story and watch video here. 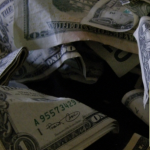 From Geekosystem: The world of online video streaming is ever-changing. Geekosystem’s Glen Tickle reports on the latest: “Do you like Vimeo more than YouTube? Well, it may be time to put your money where your mouth is, because Vimeo has beaten YouTube to the pay-per-view game, so you could soon find yourself paying for your favorite Vimeo videos. Like the YouTube plan announced a few weeks ago, this doesn’t mean Vimeo is going to an entirely paid service. They’re just giving their Pro users the option to charge, but unlike YouTube, I think Vimeo producers might actually take them up on it.” Read more of what he has to say here. 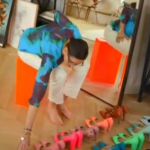 From Styleite: Is J. Crew’s Jenna Lyons the new Imelda Marcos? Styleite answers, “Jenna Lyons is six feet tall, so she certainly doesn’t need five-inch stilettos for the height. In the latest ‘J.Crew On Film’ video, Lyons reveals just how many pairs of shoes she owns, gives us a glimpse at how the brand’s shoes are made, and explains how important heels are to a woman. In the vid, a bespectacled Lyons confesses that she owns about 289 pairs of shoes, some of which she’s never even worn! Sigh. She then goes on to explain the difference between shoes that work out for the company (‘shiny ponies’) and designs that flop (‘ugly dollies’), and takes us to the shoemakers in Pisa, Italy where we can see heels being crafted by hand.” Read more and watch the video here. 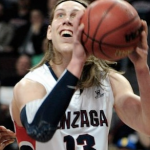 From SportsGrid: March Madness is approaching, and SportsGrid is reporting on the latest happenings: “Not that Gonzaga needed it, but with their 65-51 win over St. Mary’s in the West Coast Conference Final, they all but locked up a No. 1 seed for the NCAA Tournament and secured themselves a relaxing week off before things rev up after Selection Sunday. For St. Mary’s, the loss puts them squarely on the bubble; even though they finished the season at 27-6, their weak conference coupled with a lack of quality non-conference wins might allow doubt to creep in and keep them out of the Tournament altogether. For what it’s worth, though, it does seem like they’ll sneak in. As for how they’ll do once in the NCAA Tournament, that’s an entirely different story.” Read more here. 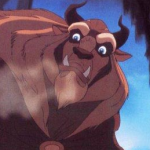 From The Mary Sue: There’s a new Disney project in the works, writes The Mary Sue: “Live-action fairy tale adaptations are all the rage these days and Disney has decided on their next project – Beauty and the Beast. Or rather, The Beast, if Deadline has it right. They say, ‘UK-based writer Joe Ahearne to reinvent its Beauty And The Beast franchise. Ahearne most recently scripted Trance, the film that Danny Boyle directed and then completed between his production of the Opening Ceremonies of the last Summer Olympics in London. This will be live action, and most certainly 3D.’ Deadline is pointing to the success of Oz the Great and Powerful over the weekend for this one getting made but it’s not all that surprising.” Read all about it here. 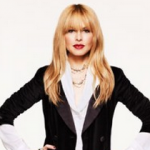 From The Jane Dough: Rachel Zoe is continuing to expand her brand, and it’s geared toward powerful women like herself, reports The Jane Dough: “Rachel Zoe’s new hair salon, DreamDry has become one of the first new hair salons to have 6:30 am appointments available, catering towards high-powered women who want to look sharp for work. During the first week the salon was open in February, that early time slot booked the quickest. DreamDry CEO Robin Moraetes told The Wall Street Journal, ‘The 6:30 a.m. hour is something that my friends, colleagues and clients were always asking for—myself included when I was in my old job.’ This salon is catering to the ‘power groomer.'” Read how the WSJ defines that type of person here. 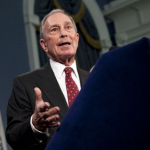 From The Braiser: Big news yesterday as Bloomberg’s soda ban failed to pass. The Braiser writes on some of the aftermath: “Michael Bloomberg? Who needs a stinkin’ Bloomberg to tell people how much food they can eat and how many beverages they can consume? The people of the Great State of Mississippi don’t need that, thank you very much, and the Legislature recently passed a bill preventing towns and counties from requiring calorie counts or portion controls, or banning children’s toys from meals. Because food should be fun, and terrible for you. NPR reports that the “Anti-Bloomberg Bill” (real name) garnered overwhelming bipartisan support in both houses of the legislature.” Read more about the bill here.