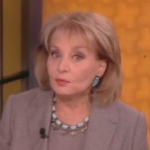 From Mediaite: Last week, after it was announced that Joy Behar would be leaving The View, rumors started to swirl that Elisabeth Hasselbeck was also departing – after being ousted for her conservative views. Today, Barbara Walters addressed that situation, writes Mediaite: “At the beginning of Monday’s episode of The View, Barbara Walters set out to clarify the rumors surrounding co-hosts Joy Behar and Elisabeth Hasselbeck‘s departures from the talk show.Walters began by going over the already-confirmed news that Behar will be leaving the show after having started it with Walters and co-hosted for 16 years… ‘There is a particularly false story that is getting picked up about Elisabeth’s alleged departure, saying we don’t approve of her conservative views,’ Walters continued, referring to last week’s rumors.” Read on here. 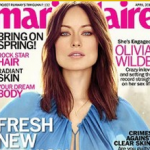 From Gossip Cop: Actress Olivia Wilde is opening up about her love life, writes Gossip Cop: “Olivia Wilde says divorcing husband Tao Ruspoli led to her relationship with Jason Sudeikis, whom she calls the ‘great love of my life’ in Marie Claire. ‘I had grown up with Tao; we had just drifted,’ Wilde says in the April issue, explaining that the breakdown of their marriage made her feel like she ‘had something to prove.’ ‘If you fall off a horse, you get back up. I am not a quitter. I hung on for as long as possible, until it was more hurtful to stay,’ explains the actress, adding, ‘I’m so grateful for the pain and the heartbreak. It gave me the courage to leave and brought me the great love of my life.’ Wilde reveals she first met Sudeikis in 2011, when she ‘was just learning to be by myself.'” Read more about their future together here. 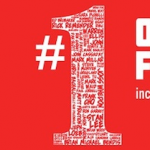 From Geekosystem: Marvel is stepping into the digital age, reports Geekoystem: “It looks like Marvel may have underestimated just how much people like free stuff. At SXSW this weekend, the publisher announced they would be offering digital downloads of the first issues of 700 titles from the company’s current run, as well as their storied past. Sounds like a pretty great deal, right? Well, you’re not alone in thinking that — so many people agree with you, in fact, that as I type this, links to the giveaway on both digital comic clearinghouse Comixology and Marvel’s in-house digital comic shop are overwhelmed with traffic and not so much working… Marvel spokesperson David Gabriel says the giveaway is meant to try and turn casual Marvel Universe fans — like many moviegoers — into weekly comic readers.” Read more here. 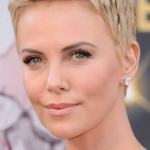 From Styleite: Does Charlize Theron have a fashion project in the works? Styleite writes of the rumors, “We’re not afraid to say it: we’re sick of celebrity fashion lines, and much to our chagrin the stars are still going at it. If we’re to believe the rumor mill, Charlize Theron will be the latest to join the herd — she’s working on a denim line. Obviously. According to The Hollywood Reporter, Theron and her stylist Leslie Fremar are planning on aTheron Jeans line with a well-known denim brand, which is to be sold at ‘mass-market stores.’ Theron’s rep couldn’t confirm (nor deny!) the story. Despite Theron’s star power and her superhuman ability to wear clothes like a dream, we’re dubious that this denim line of hers will take off.” Read the whole piece here. 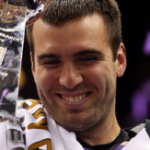 From SportsGrid: So just how did the Baltimore Ravens win that Super Bowl? SportsGrid reveals a secret: “Fresh off a legendary postseason performance, a Super Bowl victory in which he won MVP, and signing the richest contract in NFL history, Joe Flacco is feeling pretty confident. How confident? Enough that he is publicly laughing off Ray Lewis’ pregame speeches. You, or I, or the rest of the country might be inspired by Lewis’ emotional speeches, but not Joe Flacco. Not only is he not inspired, he actually thinks they’re kind of funny. ‘Oh, it’s funny,’ Flacco told USA Today. ‘His speeches come from the heart, but there’s definitely times where I’m sitting there kind of chuckling to myself. It’s all good. There’s nobody that’s more passionate about what he does than that guy.'” Read more of what he had to say here. 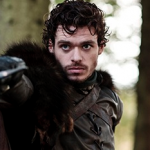 From The Mary Sue: There’s a new project in the works for one Game of Thrones actor, reports The Mary Sue: “The King in the North is about to make his way to a different North: Canada. Actor Richard Madden, who plays Robb Stark in Game of Thrones, has been cast in one of the leads inKlondike, where he’ll play a 19th century gold digger who ventures up to the Yukon territories to seek his fortune. The six-hour miniseries is the first original scripted program by the Discovery Channel, which apparently saw the success AMC and, more recently, the History Channel has had with similar shows and decided “Yeah, I want to do that!” Madden is one of a list of cast members who are either “set or in negotiations” to join the project.” Read more (including who else is set to join) here. 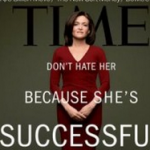 From The Jane Dough: Sheryl Sandberg continues her public discussion of women in the workplace, taking on the recent criticism of Yahoo! CEO Marissa Mayer. Writes The Jane Dough, “Sheryl Sandberg is promoting her book and launching a national movement to empower women, but she still has time to defend her friend and fellow Silicon Valley power woman Marissa Mayer. In this week’s TIME cover story she had a lot to say. ‘No one knows what happened there,’ she told interviewer Belinda Luscombe. ‘I think flexibility is important for women and for men. But there are some jobs that are super-flexible and some that aren’t.’ She also noted that if a male CEO made the order, he wouldn’t have gotten as much criticism.” Read the full story here. 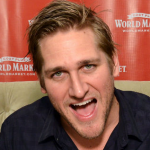 From The Braiser: Well, here’s an unlikely culinary partnership: writes The Braiser, “Yet again, we find ourselves at the awkward, counter-intuitive crossroads of food and fashion. Australian dream Curtis Stone teamed up with discount hub Tanger Outlets for a food truck and fashion tour at select outlet malls next month. Keep an eye out for him on Saturdays and Sundays — starting with an April 6th appearance at the Tanger Outlets Taste and Style Event in Gonzales, Lousiana. Just be sure to visit him for a bite/gawking/an innocent request to touch his muscles after you do your shopping. Nobody wants to try on spring fashions with a burrito baby.” Read more about it here.