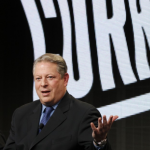 From Mediaite: Al Gore made news when he sold Current TV to Al Jazeera. Now, he’s the target of a lawsuit. Mediaite reports, ” John Terenzio, the man bringing the suit, claimed the deal was his idea, and now he’s been stiffed. Terenzio, according to the Hollywood Reporter, ‘presents himself as a highly regarded media consultant, executive and TV producer who conceived the idea for the distribution of an American version of Al Jazeera.’ Gore, he said, originally opposed selling Current to oil-funded Al Jazeera, but had ‘a change of heart.’ In the suit, Terenzio said he created China Central Television and that he was the one who proposed looking into Al Jazeera.” Read the full story here. 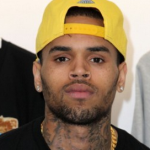 From Gossip Cop: Oh, Chris Brown. Gossip Cop reports on his latest: “Chris Brown has had yet another parking lot misadventure.On Wednesday, Brown got into a heated dispute with a valet outside PINZ bowling alley in Los Angeles, voicing his displeasure after the worker asked for a $10 service charge. According to TMZ, Brown and his entourage were leaving a charity event at the venue when the valet told them he could not release Brown’s car without the money. The performer was allegedly upset because he had not been at the alley for more than 30 minutes. ‘F**k ten dollars!’ Brown yells, even as an associate is overheard saying, ‘We got the money, don’t worry about it.’” Read on and see video here. 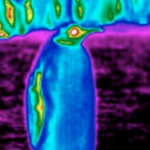 From Geekosystem: Penguins are pretty cool. No, literally. Writes Geekosystem, “A team of European penguin researchers found some unexpected results when they turned infrared heat sensing cameras on a group of emperor penguins they were studying.The outer layer of the birds feathers, they found, was actually colder than the surrounding air. While it goes against common sense, keeping their outermost layers ice-cold may actually help penguins stay warm deeper inside — where it counts. Researchers from the Universite de Strasbourg in France and other institutions snapped thermal pictures of hundreds of penguins who had left the protection of the giant huddles that keep them warm.” Read more here. 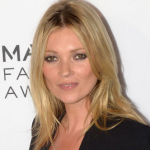 From Styleite: Is Kate Moss putting on the bunny ears for Playboy? Styleite writes, “According to an internal memo leaked to NowThis News, Moss will cover Playboy‘s 60th anniversary issue next January. Photography duo Mert Alas and Marcus Piggott will be shooting Moss sometime this month in London, and W‘s Alex White will style. As outré as it sounds, we can actually imagine Moss on the cover of Playboy (whether or not we want to). After all, it is a big anniversary issue, and she’s totally cool with nudity. So if the rumors are true, well, you go girl!” Read the whole story here. 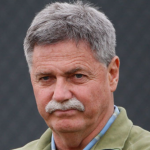 From SportsGrid: Yesterday, baseball brought us two very different but equally strange injuries. SportsGrid reports: “Yesterday we learned that Houston Astros pitcher Erik Bedard had a strained gluteal muscle. The folks over at Big League Stew cut through the crap, however, and called it like they saw it: a strained butt. Not so glamorous now, we don’t think. But then there’s this: Milwaukee Brewers’ GM Doug Melvin had to be hospitalized for a scorpion sting last night, and that’s some serious injury swag right there. ‘While at his condo, Melvin reportedly reached down to pick up what he thought was a harmless bug with a Kleenex. What he really got was a handful of scorpion, which the bug apparently didn’t appreciate.'” Read more of what happened here. 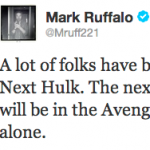 From The Mary Sue: Mark Ruffalo has made his future plans clear, writes The Mary Sue: “We basically already knew Marvel Entertainment didn’t have anything planned for The Hulk in the next few years anyway but Mark Ruffalo took to Twitter to let the ‘normal people’ know what’s up. ‘A lot of folks have been asking about the Next Hulk. The next time you see my Hulk it will be in the Avengers2. No plans for stand alone,’ he said, also tweeting, ‘I am not giving up on another stand alone HULK. But it’s not in the works right now. One never knows what the future will bring.’ Joss Whedon also recently shot down the Planet Hulk rumors. Not sure where all the Hulk love is coming from at the moment but with Iron Man 3, Thor: The Dark World , Captain America: The Winter Soldier, and Guardians of the Galaxy on their slate currently, there’s really no room for the green guy.” Read more here. 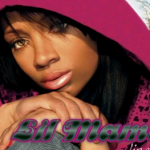 From The Jane Dough: Good news! Your nostalgia for your fifth-grade beauty routine can be cured, writes The Jane Dough: “Remember the good ol’ days, sharing a bedroom mirror with your five best — well, four best friends and Katie (ugh), getting ready for the graduation dance, listening to Kevin Lyttle’s ‘Turn Me On,’ fighting over who was going to get to talk to Mike Patakie first, adjusting the straps of your fluorescent pink halter top, swapping a Dr. Pepper Lipsmacker between all of your gurlz (except Katie…ugh), spreading Bonne Bell glitter gel on your eyelids, waking up the next morning with a stray butterfly clip lodged in the back of your hair and a stye from sharing eyeliner with Madison behind the bleachers? Those were the best days of your life. While Estée Lauder can’t get a fifth-grade version of Mike Patakie to actually dance with you, the famed beauty line is bringing back another coveted component of your ’90s heyday: the roll-on lipgloss.” Read on here. 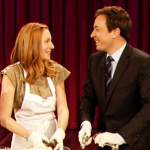 From The Braiser: Does food have a new home in late night TV? Writes the Braiser, “If the rumors are true, Jimmy Fallon will be taking over the legendaryTonight Show very shortly — that is, if NBC is finally able to pry Jay Leno’s cold,  motor-oil stained hands off of the desk. Not only will this finally bring some comedy into the 11:30 time slot currently filled with snoozy Olds, it will also provide a huge boon to the culinary world: Jimmy Fallon is a notable gourmand, and has brought some of the country’s hottest andmost relevant chefs onto his show. The New York Post recently examined his rise (from awkwardly cracking up through entire SNL skits, to successfully hosting late-night TV) and noted that deep down, he’s still a goofball obsessed with good food and parties.” Read the whole piece here.