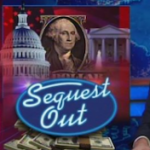 From Mediaite: The budget sequester has been the hot topic of the news, and last night, The Daily Show shared its feelings: “Jon Stewart launched a new week of The Daily Show Monday night with full coverage of the “mutual ball punch” that is the sequester, from President Obama‘s press conference sci-fi gaffe to the mainstream media fail that followed.Stewart lamented the fact that Congress couldn’t get their act together and come up with a way to avoid the automatic spending cuts. ‘Congress, as always, in its infinite wisdom, forgot just how f*cking incompetent they really are.’ ..He then focused in on two major gaffes made in the aftermath of the failed negotiations.” Read about them here. 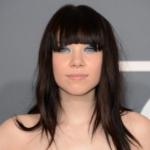 From Gossip Cop: Call me never, says Carly Rae Jepsen to the Boy Scouts. Why? Writes Gossip Cop, Carly Rae Jepsen has canceled her appearance at a Boy Scouts of America concert over the group’s ban on openly gay members. The ‘Call Me Maybe’ singer was slated to perform at the National Scout Jamboree in July, but announced her decision to bail on Tuesday. ‘As an artist who believes in equality for all people, I will not be participating in the Boy Scouts of America Jamboree this summer,’ tweeted Jepsen on Tuesday. She added, ‘I always have and will continue to support the LGBT community on a global level and stay informed on the ever changing landscape in the ongoing battle for gay rights in this country and across the globe.'” Read on here. 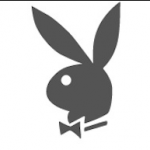 From Geekosystem: If you are in Israel and want to read Playboy for the articles (haha), you can now. Geekosystem reports, “This morning saw Playboy launch it’s long-awaited (by some people, probably) Hebrew-language edition in Israel, allowing men around the world to pretend they’re reading a Chuck Palahniuk story while they leaf through their favorite skin mag in yet another language. Truly, we live in an age of wonders. The Israeli edition of Playboy won’t just be a translation, though. The men’s mag prides itself on it’s local franchises, each of which strives to give readers around the world what they want — short fiction, celebrity profiles, and photographs of beautiful women in states of undress.” Read more about the inaugural issue, out tomorrow, here. 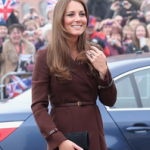 From Styleite: Kate Middleton: Duchess of Cambridge and Duchess of Repeat Fashion. Styleite writes on her latest stylish re-purpose: “Kate Middleton may be pregnant, but she’s definitely not shirking her Duchess duties. She is spending the day in Grimsby in the North East of England, and the first visit was to the National Fishing Heritage Centre this morning. As to be expected, Kate looked great. The Duchess wore her trusty brown coat by British brand Hobbs, a black clutch, and matching pumps. Of course, she sported bouncy hair and glowing skin, and yes, held her clutch ever-so-protectively over her Royal tummy. Kate last wore the Hobbs coat in February 2012, pairing it with a black turtleneck and tights.” See photos of the look here. 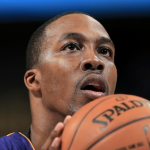 From SportsGrid: Dwight Howard makes 82% of free throws… in practice. Reports SportsGrid, “Dwight Howard is a prolifically bad free-throw shooter, but that’s only among the free throws you see him take. Secretly, he’s a great free-throw shooter, and he’s just playing us all for fools. You see, the 49.5 percent at which Howard makes his free throws is simply a product of pressure. Unprecedented pressure. Apparently the presence of fans and the game-time atmosphere decreases Howard’s free-throw percentage by 32.5 percent… At least Howard is practicing more than the rest of his Laker teammates, though he’s taken considerably more in-game free throws than anyone else on the team not named Kobe Bryant.” Read on here. 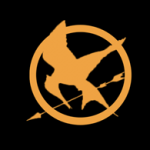 From The Mary Sue: Who loves The Hunger Games the most? The Mary Sue answers, “We know The Hunger Games trilogy is great but apparently, one city just can’t get enough of it. New York! And just yesterday we showed you Effie Trinket’s fabulous Capitol Portrait… The Gothamist is reporting the top circulated titles at New York public libraries in 2012. They say the list includes all branches in Manhattan, Staten Island, and the Bronx. Their list is as follows: DVD: Midnight in Paris, Children’s DVD: Hugo, Book checked out by adults: Steve Jobs by Walter Isaacson, Book check out by all ages: The Hunger Games, and Book checked out by kids: Fly Guy vs. the Flyswatter! by Tedd Arnold. Something tells me with the release of Catching Fire in theaters this year, the series will stay on top for a while.” Read more (and see a new Capitol Portrait) here. 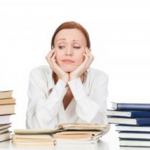 From The Jane Dough: Today, in the world of literature: not great news for women. Reports The Jane Dough, “According to VIDA’s byline counts, women’s representation in national literary publications like The Paris Review and The New Republic decreased in 2012. VIDA is an organization that ‘seeks to explore critical and cultural perceptions of writing by women through meaningful conversation and the exchange of ideas among existing and emerging literary communities.’ For the past three years, VIDA has released an annual count of big-name publications’ book reviews and reviewers, highlighting the gender gap in literary coverage. Despite the attention VIDA’s studies have received, the organization discovered that many magazines continue to contain a marked lack of diversity.” Read the whole story here. 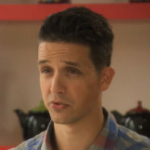 From The Braiser: Millionaire Matchmaker and Top Chef: Just Desserts will combine Bravo forces when the winner of the latter’s first season will attempt to find love via Patti Stanger. Writes The Braiser, “We’re a few years out from Yigit Pura’s Top Chef: Just Desserts win, and our handsome pâtissier has blossomed into quite the dashing young M-I-T (Millionaire-in-Training, for those of you still needing to brush up on Patti Stangerisms). The once impish Pura has all but lost the vestiges of his boyish charms, and now resembles the handsome, rugged, early-thirties gay man every teenage girl dreams of… What better time for Patti to pluck him for a set-up on The Millionaire Matchmaker? Sure, he’s not quite ballin’ in the Millionaire’s Club just yet. But is there anything Bravo loves more than inter-series incestuous guest appearances? No. There is not.” Watch a sneak peek here.