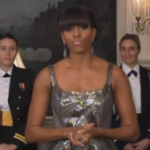 From Mediaite: It may have been almost a week since the First Lady’s Oscar cameo, but people are still talking about it. Reports Mediaite, “First Lady Michelle Obama‘s prompted a lot of chatter when she made a surprise appearance at the Oscars to announce the “best picture” winner alongside actor Jack Nicholson. Some were especially critical — but Obama said the reaction was “absolutely not surprising.” Rather, she said, according to the Associated Press, it’s a sign of the times: ‘Shoot, my bangs set off a national conversation. My shoes can set off a national conversation. That’s just sort of where we are. We’ve got a lot of talking going on,’ the first lady said only somewhat jokingly Thursday.” Read on here. 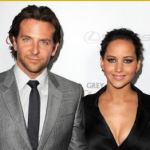 From Gossip Cop: The rumors of a fling between Jennifer Lawrence and Bradley Cooper are definitely not true, a new interview with her reveals. Why? Gossip Cop answers, “Bradley Cooper has a pretty awesome wing-woman.Jennifer Lawrence revealed at the Oscars that she’s been setting up her Silver Linings Playbookco-star on dates with her friends. Lawrence told MTV’s Joshua Horowitz that Cooper is like ‘my brother,’ saying, ‘I feel like all I’ve been doing lately is setting him up.’ She added, ‘I was like, ‘You know what? I’m gonna save time and just get you a booklet with pictures of my friends. You just go through and pick them out, because this is getting exhausting.’'” Read more of what she had to say here. 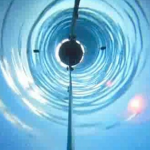 From Geekosystem: NASA has a lot of exciting things happening today: the launch of the latest SpaceX capsule and new images from subAntarctica. Geekosystem reports on the latter, “While the space agency is helping the Dragon spacecraft get up to the International Space Station, another NASA team is releasing footage from deep beneath Antarctica. Now you can get a load of some of the first images of the bottom of a subglacial lake courtesy of a robotic mini-submarine designed by researchers at NASA’s Jet Propulsion Laboratory in the video below. The baseball bat-sized submarine can be seen descending into an 800 foot deep borehole cut in the Antarctic ice above late mast month.” See the photos here. 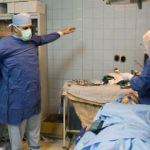 From Styleite: What country has the biggest obsession with nose jobs? The answer may surprise you. According to Styleite: “People will do a lot of crazy things for beauty, and in Iran, women on average are paying four to eight times their monthly salary for cosmetic surgery, and getting seven times as many nose jobs per capita than we are in the States. The Guardian writes that there is an increasing number of cosmetic surgeries among girls as young as 14, women, and men alike, all in the hopes of attaining more westernized appearances. Each year, as many as 200,000 women (and men) ask cosmetic surgeons to make their noses smaller and shift the tip upwards. The country currently has the world’s highest rate of nose surgery.” Read more facts here. 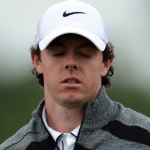 From SportsGrid: If you’ve been following the Honda Classic, you may have noticed strange behavior from one golfer. SportsGrid reports, “It wasn’t a good day for Rory McIlroy. After a disappointing finish to his opening round at the Honda Classic on Thursday (he bogeyed the par-5 18th hole to finish at an even 70 on the day), the world’s top-ranked player got off to an absolutely terrible start today, with two bogeys, a double, and a triple to his credit on his first eight holes. Then, on that same 18th hole that gave him so much trouble yesterday (he started on the 10th today), things got even worse: McIlroy dumped his second shot in the water. And then… he walked off, abruptly withdrawing from the tournament he won last year.” Read more about the mysterious case here. 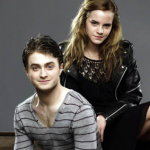 From The Mary Sue: Do we know what’s next for Harry & Hermoine? The Mary Sue answers, “Emma Watson and Daniel Radcliffe have been doing fairly well for themselves post-Potter. Now both are circling roles that will place them in two other book adaptations – Cinderella and Frankenstein. Bet you can’t guess which is which. The rumor previously going around was that Radcliffe was interested in taking on the Igor role in director Paul McGuigan’s (Sherlock) Frankenstein. The Hollywood Reporter now says the rumors are no longer and that Radcliffe is in final talks for the role… Meanwhile, Watson is in early talks to star in Kenneth Branagh’s Cinderella as ‘Cinders.'” Read on here.

From The Jane Dough: Girls may go wild no more, reports The Jane Dough: “The booby-industrial complex has been taking some serious blows as of late: CBS issued a decency code for the Grammys that banned the ‘under-curvature of the breasts,”’ Seth MacFarlane’s crude Oscar song about actresses’ boobs (rightfully) sparked outrage, and now that bastion of intoxicated exploitationGirls Gone Wild has filed for bankruptcy. O, Misandry, when will it ever be enough? In a strategic move aimed to protect the company from multi-million dollar debts, manager Chris Dale put GGW Brands LLC and affiliates GGW Magazine LLC and GGW Events LLC into Chapter 11 protection yesterday.” Read the full story here. 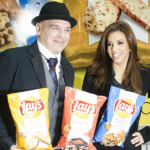 From The Braiser: One celebrity chef is trying to change the face of potato chips. The Braiser explains, “Let’s forget about the papal conclave for a second, because there’s a much more important domestic election going down right now which demands the attention of any American snacking in good faith: the Lay’s “Do Us a Flavor” contest, not at all embarrassingly endorsed by Michael Symon and Eva Longoria. America now has to decide whether Sriracha, Cheesy Garlic Bread, or Chicken & Waffles will be the brand’s newest chip flavor. Serious Eats tapped Michael Symon for his favorite of the bunch and he revealed a totally earth-shattering secret to the proper consumption of the new flavors which we couldn’t possibly, in good faith, refrain from sharing with you.” Read what it is here.