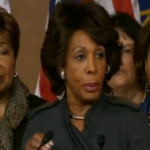 From Mediaite: Sequestration has been a hot topic in the news, and Mediaite is reporting on what the budget cuts could bring: “On Thursday, Rep. Maxine Waters (D-CA), flanked by her fellow Congressional Democrats, said during a press conference that the mandatory budget cuts contained within the sequester could cost the nation ‘170 million jobs.’ Waters warned that even Federal Reserve Chairman Ben Bernanke has called the sequestration cuts ‘a great setback’ to the economic recovery… She went on to warn that women, children, and homeless dependent on government welfare may suffer the most if the planned cuts in sequestration are enacted.” Read the full story here. 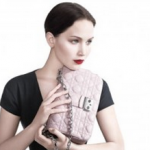 From Gossip Cop: Few celebrities admit to being PhotoShopped, but few celebrities are Jennifer Lawrence. Gossip Cop reports, “It’s safe to say that Jennifer Lawrence was the star of this year’s Oscars. The Silver Linings Playbook star, who throughout the evening ordered McDonalds from the red carpet, swore in couture, flirted with Jack Nicholson and fell on stage, was also delightfully humble when asked about her new Miss Dior ads at the awards ceremony. After being shown the photos for the first time by an ‘Access Hollywood’ reporter, Lawrence said, ‘Oh my God, I haven’t seen these. That doesn’t look like me at all! I love Photoshop more than anything in the world.'” Read more of what she had to say here. 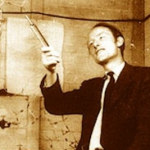 From Geekosystem: 60 years ago today, a very important scientific discovery was announced, and Geekosystem is here for you with a history lesson about it: “On February 28, 1953 in the Eagle Pub, James Watson and Francis Crick first spoke publicly about their discovery of the structure of the most fundamental building block of life, deoxyribonucleic acid — or DNA if that’s too much of a mouthful. The discovery of DNA’s double-helix structure was the culmination of years of research by Watson, Crick, and many others — most notably Rosalind Franklin, the researcher whose x-ray crystallography images proved to be the turning point in Watson and Crick’s work, but who was never properly acknowledged by the pair.” Read more here. 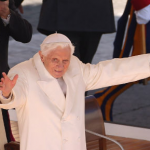 From Styleite: Today is the day the Pope resigns. Styleite has one important question: what will happen to his loafers? Writes the site, “Contrary to what reporters have been saying since he was elected in 2005, the artist formerly known as Pope Benedict XVI does not wear Prada shoes. This morning, CNN‘s Christiane Amanpour corrected what the network and other news outlets have been misreporting all these years: ‘We have said for years ever since we watched this Pope be elected in 2005, that he was wearing red Prada shoes. I’m afraid we’ve been wrong.’ Her guest, New York’s Monsignor Kevin Irwin, clarified further: “[F]rankly the Papal shoemaker is up the block. And it’s not Prada.” Read more about his red shoes here. 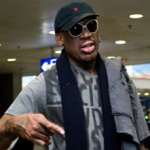 From SportsGrid: In strange sports news of the day, Dennis Rodman went to North Korea. SportsGrid explans, “OK, so it seems that North Korea still hates America in the abstract, therefore making Dennis Rodman’s much-ballyhooed “basketball diplomacy” trip something less than a smashing success, international-relations-wise. But before you declare the trip an outright failure, know this: Rodman, by all accounts, actually met with North Korean leader Kim Jong Un. Allow us to say it again: Dennis Rodman met with Kim Jong Un. The only thing that could make this weirder would be if they didn’t just pose for some photo, but actually hung out like a couple old pals.” Find out if that happened here. 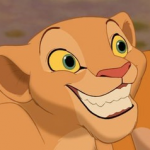 From The Mary Sue: There’s going to be a new Disney musical… and it’s based on Shakespeare. The Mary Sue reports, “Disney has reportedly hired Tony-nominated director Alex Timbers to direct a movie musical version of one of William Shakespeare’s plays. Which one, we don’t know. Titus Andronicus? No, probably not. Chopped off body parts aren’t very Disney-ish. And Hamlet‘s been done already… Timbers already has experience with musical-izing the Bard: He’s currently working on a musical version of Love’s Labour’s Lost for Shakespeare in the Park… The yet-unnamed Shakespeare musical is being co-produced by Adam Shankman, who directed the movie versions of Hairspray and Rock of Ages.” Read all the details here. 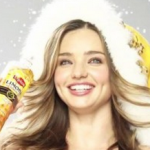 From The Jane Dough: Are you more likely to buy a product from a skinny model? Apparently not if you’re a woman, reports The Jane Dough: “The saying goes ‘You can never be too rich or too thin.’ But being too thin may actually be a negative trait in advertising. According to researchers from Warwick Business School,  women are turned off by products placed next to large scale or close-up images of female models and celebrities, especially very thin ones like Miranda Kerr. When women see these models or beautiful actresses, instead of thinking ‘I want to look like this person so I will buy that product,’ it actually stimulates feelings of scorn. This helps the onlooker dismiss insecurity about her own looks, and not want the product.” Read more here. 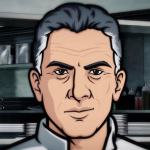 From The Braiser: Tonight, the best of all worlds will collide with Anthony Bourdain’s cameo on FX’s Archer. Writes The Braiser, “In case your head is fatigued after too much Top-Chefery in one day, here’s a nice, refreshing food TV palate cleanser: the undoubtedly filthy episode of Archer airing tonight, with Anthony Bourdain as a guest star. If you forgot the premise already (after watching the byzantine proceedings of the Top Chef finale, who wouldn’t lose brain cells?), Bourdain plays a very nasty TV chef who invites the Archer cast into his kitchen/reality show. As you can see below, it instantly turns really, really dark, with detours into the blackest corners of the human psyche.” Read on here.