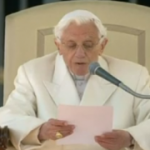 From Mediaite: As the Pope resigns his duties, he gave one last final public address, and Mediaite reports on it: “After announcing his resignation earlier this month,Pope Benedict XVI gave his final public address on Wednesday, recalling both the ‘joy’ and difficult moments of his papacy. Expressing gratitude for respecting his decision, the pope also said to love the church means having the courage to make difficult choices. ‘I have had moments of joy and light, but also moments that haven’t been easy … moments of turbulent seas and rough winds,’ he told the audience. In the personal address, the pope again explained his decision to resign, also thanking cardinals and colleagues for ‘understanding and respecting this important decision.'” Read more of what he had to say here. 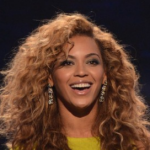 From Gossip Cop: Beyonce’s in trouble… with PETA. Gossip Cop writes, “Beyonce is under fire from PETA over a new line of shoes that feature exotic animal skins. The sneaker wedge design, from Perfectly Made Kicks (PMK), is nicknamed the “King Bey” and features skins including stingray, ostrich, crocodile, and anaconda. Animal rights advocates are not pleased. In a statement to Gossip Cop, a spokesperson for PETA says of Beyonce’s new kicks: ‘These custom-made kicks come with a high price—and it’s paid by the various animals who were beaten and skinned alive or cruelly farmed and killed… We hope that Beyoncé will choose to wear more clothes from her own clothing line—which features faux fur—and that one day, she’ll go completely cruelty-free.” Read the full statement and see photos of the product here. 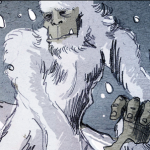 From Geekosystem: Looking for Yeti? Better get licensed first! Geekosystem explains, “Say you’re hiking in the Himalayas and you happen to spot the Abominable Snowman. Whether it’s throwing snowballs at you, running away, or just minding its own abominable business, if you don’t have a permit to “carry out an expedition” specifically in search of it, you’d better leave it alone. And definitely don’t you dare take a shot at it. Wait, you think this is a joke? If it was, the American Embassy in Nepal wasn’t cracking a smile in 1957 when it issued a memo that stipulated the rules for Yeti hunting… These curious mandates followed of a rash of Yeti hunts in the 1950s. It was sort of like the California Gold Rush, only it took place about a hundred years later, was much colder, and the prospect of finding gold was much slimmer.” Read on here. 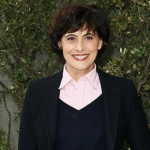 From Styleite: It’s the tale of a fashion designer turned… insurance salesman? Styleite has the scoop: “We barely blink an eye when we hear a star has signed as a spokesperson for some strange new product. After all, we’ve seen swimsuit models sell domain name registration, 20-something rock progeny shill anti-cellulite jeans, and musicians who were once staunchly against celebrity perfumesclaim to really believe in their new fragrance deals. But insurance? Now that’s a new one. Nevertheless, WWD reports that French muse, designer, and fashion icon Inès de la Fressange has signed a deal with insurance group Allianz for a series of television spots.” Read more about the deal here. 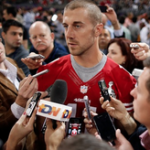 From SportsGrid: A headline-grabbing NFL trade occured today. SportsGrid fills you in: “Alex Smith will reportedly be traded to the Kansas City Chiefs on March 12, when the NFL begins to allow official trades. Jim Harbaugh committed to Colin Kaepernick as the franchise quarterback of the San Francisco 49ers, so we all knew this was coming. Since the deal isn’t official, we’re unsure of the compensation… It’s an interesting move for the Chiefs, who will now almost certainly not select Geno Smith or another quarterback with the first pick in the draft. We’ll soon find out if Harbaugh is a trade wizard — the Chiefs already fell for one team’s expendable quarterback in Matt Cassel — or if Smith can make KC relevant again.” Read the full story here. 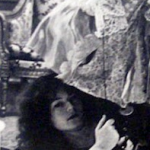 From The Mary Sue: Will The Muppets sequel feature some new females? The Mary Sue answers, “[A]ccording to Tough Pigs sources, Annie Sue and even her Muppeteer Louise Gold will be returning for The Muppets… Again!, and that’s great, because I love the Muppets but they seriously have two female characters that anyone has ever heard of. When you’re still disappointed, as an adult, that Big-Fat-Ugly-Bug-Face-Baby-Eating O’Brien didn’t at least become a running gag instead of a one-off joke, you get excited about these kind of things. Annie Sue is a young pig with a halo of blonde curls who showed up in the third season of The Muppet Show... Unfortunately, Annie Sue never made more than a couple appearances on the show where she wasn’t simply a background character.” Read more about her here. 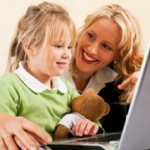 From The Jane Dough: Confused by the budget sequestration? The Jane Dough is here for you: “While sequestration may sound like something you did once while you were drunk in high school but regretted ever since because some people won’t let you forget it and, like, hell-ooo, you’re a different person now, the term refers to a series of automatic, across-the-board budget cuts that could impact multiple government agencies, lead to hundred of thousands of job cuts and cause lasting damage to the economy — so yeah, it’s kind of a bummer. Now before you start conceding to your cousin that he was right and you will be needing a spot in his doomsday bunker after all, let us answer some of your sequestions. (Hey-o!) As Mother always says, ‘You shouldn’t spend your savings on a lifetime’s supply of jerky and black-market shotguns before you have all the information.'” Read the site’s helpful guide here. 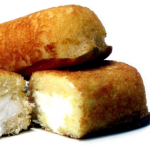 From The Braiser: Remember when Hostess was going bankrupt and everyone was stressed about the impending doom of their Twinkies? Good news on that front, reports The Braiser: “Hostess will not go bankrupt! Hostess, our poor, sweet supplier of Ding-Dongs and Sno-Balls and yellow cakes that were as radioactive as yellowcake, shall not go sweetly into that dark night due to poor management. Instead, the company announced today that it had been bought out by the Georgia-based Flowers Food. The one tiny embarrassing thing: though the auction for the company was scheduled for this Thursday, no one had made a competing offer against Flowers’s leading bid of $360 million — which is a bargain, considering Hostess brings in $2.5 billion per year.” Read more about the deal here.